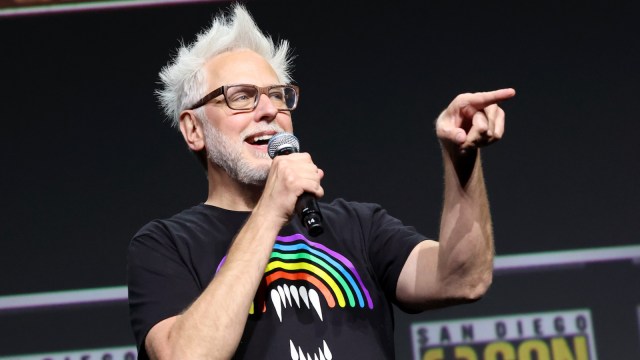 It was rumored last week that James Gunn pitched a project to DC, and yesterday it was confirmed that Gunn — along with Peter Safran — would be helming the direction that DC will take for the next four years. Of course, Gunn might be most famously known for his work in the Marvel Cinematic Universe with the Guardians of the Galaxy franchise, but he also made The Suicide Squad, which was released in 2021, and its HBO Max spinoff Peacemaker for DC.

Gunn seems to be on a streak right now, consistently impressing critically and commercially, and he has entered a new era in his professional life. Overseeing the DC universe must be freeing for the director, and he most certainly came to the board pitching a few ideas of his own. So let’s discuss exactly what he might have come to DC’s table with.

The most likely options are sequels of course, as they are already proven with the audience, so the most likely pitch would have been a follow-up to The Suicide Squad. Now, just because it might be a follow-up to The Suicide Squad, that does not mean that it has to be a direct sequel or feature another mission for Task Force X, it could just star one of the characters and follow their adventures. The primary choice in that scenario would most likely be Margot Robbie’s Harley Quinn. The scenes with Harley Quinn were fantastic in The Suicide Squad and it would be interesting if James Gunn were to helm a movie with her and maybe Poison Ivy. In the Harley Quinn animated series, the relationship between Harley and Ivy has been extremely popular with fans, and it isn’t hard to see how well Gunn might do with a film with those two characters. As he also does well with group films, maybe he could do a version of Gotham City Sirens.

Then there is always the possibility that James Gunn pitched a sequel to a project he did not direct. For example, it was recently announced that a Man of Steel 2 is currently in the works, so Gunn might have pitched a story for its sequel. It’s unlikely that any pitches he made pertained to Black Adam unless it was going to be a Black Adam v Superman movie, but you would not need James Gunn to have that movie make money at the box office.

The property in DC’s arsenal that seems to make the most sense for James Gunn to take the reins for is a Green Lantern movie. There are only two things that go against Gunn making a Green Lantern film and that is that a Green Lantern series is in development for HBO Max, and it might be too similar to Guardians of the Galaxy for him to want to take it on. With that being said, the budget for that project has reportedly been decreased, and its story changed, so maybe he did pitch a Green Lantern Corps film that is larger in scope than what the series will contain.

Taking a look at some of James Gunn’s best films — Guardians of the Galaxy, The Suicide Squad, and Scooby Doo — it’s clear that he knows how to handle an ensemble cast. Focusing on the comradery of the Green Lantern Corps and featuring a handful of Lanterns on a mission would be a great idea and one that has not been done yet in live-action. Focus on John Stewart, Kyle Rayner, Jessica Cruz, and Kilowog, or any number of more obscure picks. They even have animals in the Corps like Ch’p the squirrel to fulfill Gunn’s animal quota and a planet Green Lantern similar to Ego the Living Planet in Guardians of the Galaxy Vol. 2.

Or based on his history of choosing more obscure characters and teams to adapt, he could have pitched something completely unexpected. Maybe a Rogue’s Gallery movie featuring all of Flash’s or Batman’s villains, a Legion of Doom project, or as they just featured in Black Adam, a Justice Society of America origin movie. Or his pitch could have even skewed younger for a Young Justice or Teen Titans pitch, or something else involving the Titans, like an adaptation of The Judas Contract. But again, there are a few different projects already out revolving around those teams, so maybe Gunn’s pitch did not involve those younger heroes.

There is also a rumor floating around that because James Gunn will now be heading up DC, he could make a Marvel v DC film happen. Of course, the thought here is that with James Gunn’s prior relationship with Marvel and Kevin Feige from Gunn’s tenure at Marvel with the Guardians of the Galaxy franchise, the two might be able to come to terms and unite the two comic book powerhouses for one epic film. While this could very well be the case it would be an unprecedented crossover, which has not occurred often even in the comics.

There is also the possibility that the rumor about James Gunn pitching a film to DC was not true, but rather that the meeting was regarding his upcoming position at the company. While this could obviously be the case and James Gunn walked away from that meeting without a plan, it seems very unlikely that this was the case. It was previously reported that DC was looking for someone to head up their Universe, like Marvel’s Kevin Feige.

But if James Gunn did go in and pitch his ideal DC Universe, what could that look like? Based on his two projects already — Peacemaker and The Suicide Squad — it seems like it would be safe to say that Gunn wants to keep his Universe interconnected. But The Batman 2, Man of Steel 2, and Joker: Folie à Deux are already planned, so maybe part of James Gunn’s plan is to continue standalone projects alongside the main Universe.

While this is already what was happening at DC, Gunn could have pitched his own story for the main Universe, similar to one of the Phases at Marvel. For example, alongside the standalone films, he could have pitched an adaptation of Crisis on Infinite Earths created by Marv Wolfman and the late George Pérez, or his own version of Year One for all the heroes, starting over and coming together in a rebooted Justice League.

Whatever he ends up doing, most fans have faith in the celebrated filmmaker and comic book fan. We should find out what his plans for the DC Universe are soon, so you should not have to wait too long to find out.