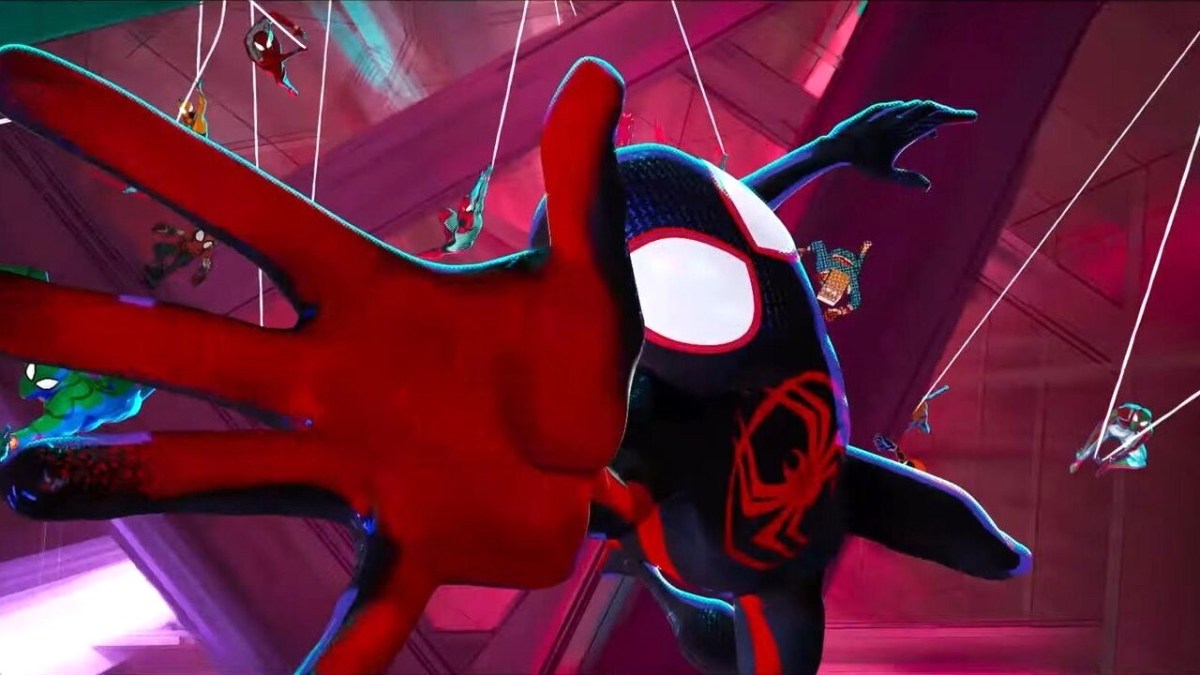 The latest trailer for Spider-Man: Across the Spider-Verse is now here, and it has sent Spidey fans spiraling. As well as promising more from old favorites like Miles Morales, Gwen Stacy, and Peter B. Parker, the promo unveiled that an undeniable army of Spider-Variants will likewise be making their way to the big screen in the upcoming Sony animated sequel.

With Miles (Shameik Moore) and Gwen (Hailee Steinfeld) depicted swinging through an interdimensional realm that seems to act as a hub for the multiverse’s various Spider-People, the trailer is just daring fans to spend hours analyzing each shot to try and identify as many of the Spiders on show as possible. Well, Marvel fans have never been able to resist a challenge like that and an impressive number of the mystery wallcrawlers have been named. Including a few that have well and truly blown Twitter’s collective mind. Let’s run through them all:

Spider-Woman: This is hardly an easter egg, but the trailer did offer our first look at Issa Rae as Jessica Drew/Spider-Woman.

Bombastic Bag-Man: That time when Spidey lost his mask so he had to wear a paper bag on his head is now immortalized on film.

Superior Spider-Man: Is that Otto Octavius in Peter’s body we spy?

PS1 Spider-Man: You can’t hide from us, pixellated Peter Parker.

Silk: It looks like Cindy Moon’s showing up ahead of her own live-action series.

Spinneret and Spiderling: Both Mary Jane and her daughter Annie Parker from the Renew Your Vows comics are in there too.

Sad-Walking Spider-Man: The meme based on the Web of Shadows game even gets its due.

Manga-Verse Spider-Man: Welcome to the club!

The New Animated Series Spider-Man: Will Neil Patrick Harris lend his voice for a vocal cameo?

Kaine: Peter Parker’s edgy clone is staring us right in the face.

Spider-Cop: Yeah, I’m not sure we needed to see him in the movie.

Armored Spider-Man and Spider-Flash: Not to mention the armored Spidey from The Animated Series and the Flash variant who got Spider-powers.

Andrew Garfield, Tobey Maguire, and Tom Holland: The jury’s still out on this one, but some think they’ve spotted the No Way Home trio in the trailer.

We’ll find out for sure who’s in the film and who’s not when Spider-Man: Across the Spider-Verse swings into theaters on June 2, 2023.