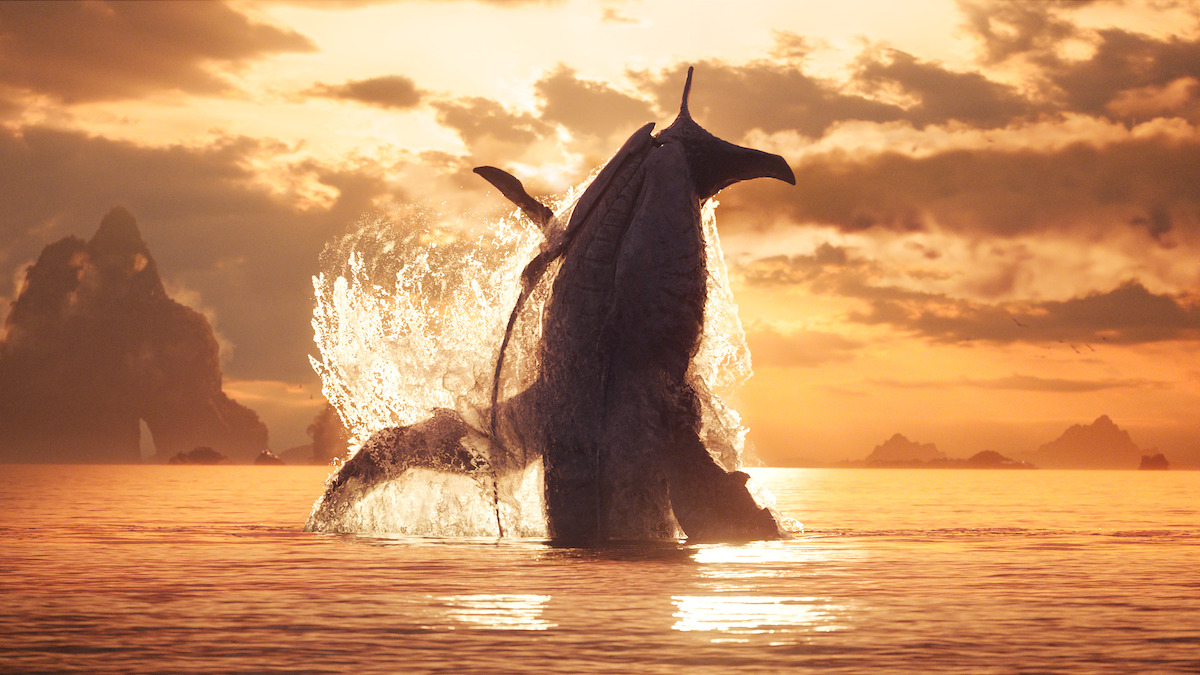 The following article contains spoilers for Avatar: The Way of Water.

Sigourney Weaver’s character, Dr. Grace Augustine, may have died at the end of the first Avatar movie in 2009, but the Academy Award-nominated actress was still front and center in its sequel, Avatar: The Way of Water thanks to some sly motion picture effects, impeccable voice acting, and a storyline that took its first breath right before our eyes.

In the sequel, Weaver returns to Pandora as Kiri, who has been living under the care of her adopted parents Jake Sully (Sam Worthington) and Neytiri (Zoe Saldaña) ever since the end of the first movie. Kiri, it turns out, is actually Grace’s biological daughter. When we meet Kiri, she bares the mark of a hybrid Na’vi with five full fingers, but otherwise, she has blue skin, braided hair at the end of which is her neural queue, and a devotion to the Na’vi’s Great Mother and deity, Eywa.

In all respects, Kiri is Na’vi. She is one of The People, but how on Earth (or Pandora) was she born?

How was Kiri born if Dr. Grace Augustine died in the first Avatar?

The great mystery of Kiri’s birth is addressed pretty early on in the movie when she, Spider, and Lo’ak visit the Avatar pods at the human operations center. There, we see Grace’s Avatar floating in her tank, connected to machinery that keeps the body from deteriorating.

The way it’s explained, Grace’s dormant Avatar was discovered to be pregnant shortly after her human body died at the foot of the Tree of Souls. By preserving her body in her Avatar tank, the pregnancy was able to be carried to term, and thus Kiri was able to be born.

There was no hint that Grace was pregnant in the first Avatar movie, so Kiri’s birth is undoubtedly mysterious, and the nature of her existence is thrown into even more confusion when we discover that she possesses unique abilities and a strong spiritual connection to Eywa that rivals even a tsahìk, a spiritual leader.

Who could be Kiri’s biological father? Does she even have one?

The topic of Kiri’s biological father is addressed several times throughout the film. When Kiri, Spider, and Lo’ak are in the human operations center, the two boys make fun of the fact that Kiri’s father is probably Norm, the nerdy scientist who was always by Grace’s side in the first movie. He stayed on Pandora after the Assault on the Tree of Souls because he proved himself an ally to the Na’vi.

Given Grace’s assertive and brazen personality in the first movie, the idea of her and Norm getting it on in between lab tests feels far-fetched. Even more far-fetched is the possibility that Dr. Max Patel, the other civilian scientist who worked alongside Grace, might be Kiri’s father. Although he plays a small but vital role in the first movie and sticks around for the second, we don’t see enough of him or his storyline to merit such a big plot point as being Kiri’s father.

What has become the most likely option among theorists is that Kiri might not have a biological father at all. Given her unusual connection to Eywa and her supernatural abilities that allow her to command various nature life on Pandora, it’s highly likely that Kiri’s birth was the result of immaculate conception, thus making her the child of Eywa.

Grace’s last words before she died in Avatar were “I see her,” referring to Eywa. This, combined with everything we’ve come to learn about Kiri just might be what we need to start putting the puzzle pieces together. That being said, James Cameron confirmed that the peculiarities in Kiri’s storyline are not meant to be resolved just yet, according to Digital Spy. “That’s by design,” he said.

It’s highly likely that Kiri will play a huge role in the survival of Pandora as the Sky People and Colonel Quaritch (Stephen Lang) continue their quest to permanently colonize the planet for the survivors of Earth. If she grows stronger, not only could she tap into the consciousness of the entire planet to do her bidding, but she could also utilize the healing powers Eywa possesses to maybe strike up a treaty with the Sky People and heal Earth of its wounds.

We won’t really know what Cameron has planned for Kiri until Avatar 3, tentatively named Avatar: The Seed Bearer, releases. For now, Avatar: The Way of Water is currently showing in theaters.