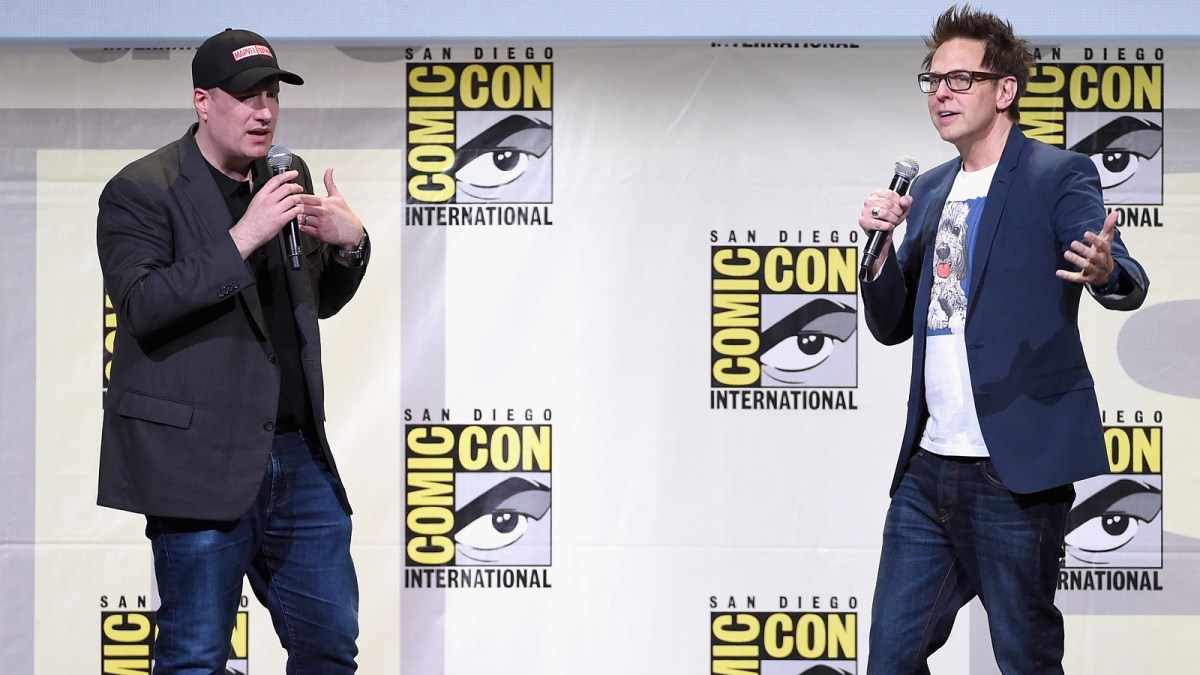 Warner Bros. Discovery’s search for a Kevin Feige-like figure to spearhead the rebranded DC Studios‘ slate of live-action and animated content across film and television was beginning to look a little doomed until James Gunn and Peter Safran were installed as co-CEOs.

Dan Lin was rumored to be the front-runner for a while before he ultimately turned down the job, while there was even chatter making the rounds that David Zaslav had approached Feige himself at one stage. Even though Gunn admitted previously that he wouldn’t be interested in taking the job if it was offered his way, something obviously changed his mind to get him to sign on the dotted line.

The Suicide Squad and Peacemaker creator will fully commit himself to DC once he wraps up his Marvel Studios commitments next May when Guardians of the Galaxy Vol. 3 comes to theaters, but the filmmaker revealed that there’s one area of his job that differs from Feige when responding to questions posed to him on Twitter.

Gunn and Safran might be heading up DC, but they’re only dealing with filmed content. On the other hand, Feige’s ascension to the role of Chief Creative Officer in late 2019 put him in charge of the entire Marvel catalogue including film, television, live-action, animation, video games, and even publishing.

That’s a jam-packed slate for one person to juggle, so it makes sense that Gunn and Safran wouldn’t be overseeing the comic book side of the equation, even if Feige seems to be handling his sprawling empire spectacularly well.