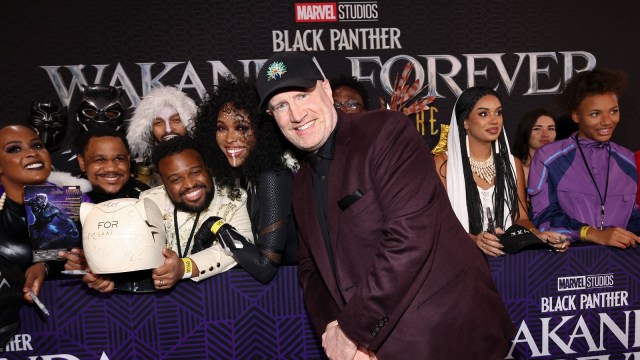 After months of searching, which included former number one choice Dan Lin dropping out of the running, Warner Bros. Discovery finally settled on James Gunn and Peter Safran to head up the rebranded DC Studios and lead the comic book franchise into a future that isn’t beset by controversy, backlash, and questionable creative decisions for what would be the first time in a long time.

In a twist of ironic fate, Kevin Feige has spent so long as the undisputed top dog of superhero cinema that he accidentally kicked off the chain of events that led to Gunn being appointed as the biggest creative driving force behind the competition, after the Marvel Studios boss was the one tasked by Disney to fire the filmmaker from Guardians of the Galaxy Vol. 3.

There aren’t any sour grapes, though, with the two already spending a great deal of time showering each other with praise and support, but a salacious new rumor claims that with the greatest respect, WBD chief David Zaslav initially had his sights set on a much bigger, more influential, and exponentially more earth-shattering name than Gunn for the top job; namely, a certain Kevin Feige.

Neil Turitz of Above the Line alleges that Zaslav approached the architect of the MCU to gauge his interest in what would be the most jaw-dropping defection in the history of modern Hollywood, only to be rebuffed with a courteous “no”. Those with long memories will recall that similar chatter emerged almost a decade ago when Feige was embroiled in his behind the scenes battles with Marvel’s infamous “Creative Committee”, but such talk was put to bed when Disney promoted him to chief creative officer.

If Feige leaves Marvel at all, you get the impression it’s either going to be for retirement or Star Wars, even as the veracity of the initial rumor remains unconfirmed for the time being.