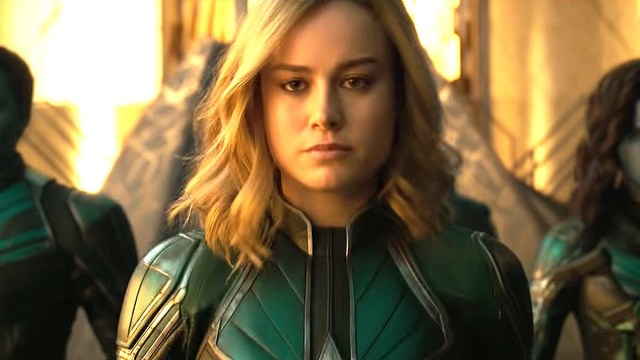 Captain Marvel could well be the most divisive hero in the whole MCU, but you know what else is true about her? She’s also widely agreed to be the most powerful hero in the franchise, too. As demonstrated by her single-handedly taking out Thanos’ mothership during the big battle in Avengers: Endgame — making her perhaps the only character to cause the Mad Titan to quake in his boots — there is no one who could take her in a fight. Or is there?

It just so happens that Marvel has already addressed the fact that there’s one underrated Marvel hero who might possibly have a chance of beating Carol Danvers in a melee. And, yes, it’s one of the Eternals. While speaking to Comicbook.com about Chloe Zhao’s superhero movie debut when it released last fall, producer Nate Moore admitted that Angelina Jolie’s Thena would definitely give Carol a run for her money, even if she might not be able to top Captain Marvel’s binary powers. As Moore said:

“I mean, when Captain Marvel goes binary, that is tough. But [Thena] will be as if Captain America, who I would argue is probably the best physical fighter, was powered by cosmic weapons. She’s going to be a problem, but again, Captain Marvel going binary, that’s tough.”

If you’ll recall, Eternals established that Thena was the greatest warrior of the Celestial-created super-team, at least before she suffered from the Mahd Wy’ry, the psychological distress that turned out to be caused by her repressed memories of the Eternals’ past lives. Last time we saw her, Thena was headed out into space along with Makkari, Druig, and their new ally, Starfox (Harry Styles).

While the jury is still out, then, on if Thena really could get the better of Carol, it’s fair to say a fight scene between Brie Larson and Angelina Jolie would send fans into a euphoric frenzy. So fingers crossed this crossover becomes a reality, maybe in some kind of Avengers vs. Eternals movie. Although, at this point, we’d happily settle for confirmation that we’re getting more from the Eternals period.