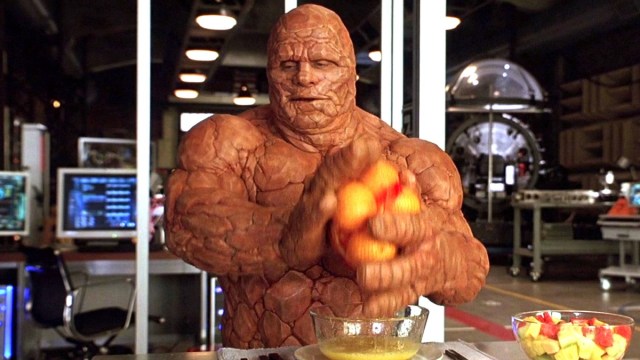 There’s been a lot of talk surrounding the perceived downgrade in the Marvel Cinematic Universe’s visual effects, with Thor: Love and Thunder repeatedly getting called out for CGI that’s either unconvincing, or otherwise below the standard audiences would expect from a superhero blockbuster packing a production budget of $200 million.

Of course, the biggest franchise in the business is never going to craft small scale adventures that barely require any digital trickery at all, but that means any inconsistencies are only going to be placed under greater scrutiny as the already polarizing Phase Four continues.

It doesn’t help that several effects artists have highlighted the poor conditions and lack of credit they receive for assisting the MCU, but on a purely aesthetic level, the current run of subpar computer-generated characters has led fans to cross their fingers in the hopes the Fantastic Four reboot will use good old fashioned practical costuming to turn Ben Grimm into the Thing.

Michael Chiklis’ prosthetics in Tim Story’s mid-2000s duology still hold up today, arguably (and ironically) much better than the CGI used to enhance his counterparts does. While a completely digital Thing is definitely a cause for concern, we’ve seen plenty of characters both in and outside of the MCU brought to life by a combination of both, which might be the smartest, safest, and wisest option.

With big news on Fantastic Four expected to arrive at next weekend’s San Diego Comic-Con, it’s a question we may be getting the answer to sooner rather than later.