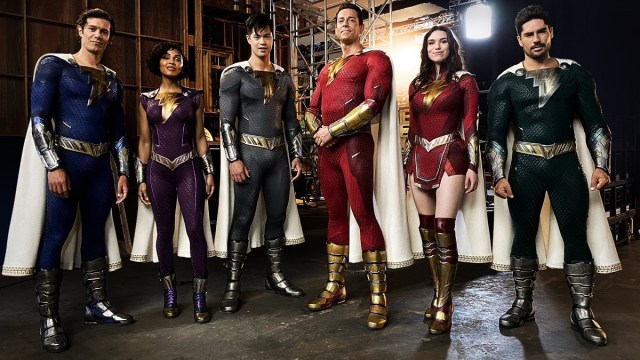 Warner Bros. has dropped a brand-new Shazam! Fury of the Gods teaser to warm up fans of the DCEU for San Diego Comic-Con.

The short clip features edgy closeups of Shazam in costume interspersed with a shot of his caped silhouette and a brief snippet of the grinning superhero shooting bolts of lightning from his hands in front of a very impressed teen.

Shazam! Fury of the Gods is the highly anticipated sequel to 2019’s Shazam! It’s a continuation of the story of Billy Batson, a regular kid who acquires supernatural powers that enable him to transform himself from a boy into a grown man by saying the word, “Shazam!”

Shazam! star Zachary Levi posted a video message to fans on Instagram letting them know that the film will have a panel at San Diego Comic-Con.

Just taking a little bit of your time to give you an update that Shazam Fury of the Gods will be large and in charge at San Diego Comic-Con the morning of Saturday, July 23 in the beloved Hall H.

The follow-up to the first film shows Billy as he nears adulthood and hilariously encounters some of the common dilemmas which are all too familiar to teenagers. The sequel promises to be told with the inimitable charm that made the first Shazam! film a runaway hit.

Shazam! Fury of the Gods is scheduled to hit movie theaters just in time for the holidays on Dec. 16.