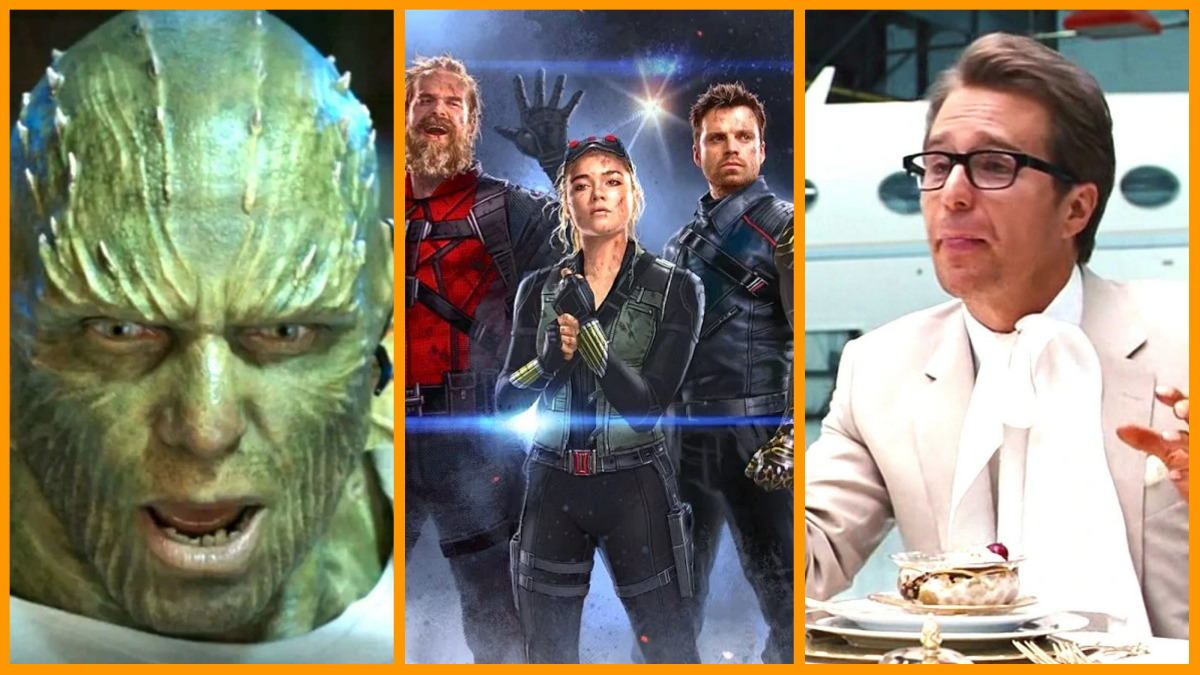 We need to talk about Thunderbolts. When Marvel first announced the lineup of returning villains and anti-heroes who would be uniting for this ensemble MCU movie at last year’s SDCC, the fandom was immediately disappointed with the arguably lackluster collection of characters included. This sentiment has only grown in the wake of rumors that Hannah John-Kamen won’t feature as Ava Starr aka Ghost after all. If accurate, and this is a big if, then that would mean the team will consist almost entirely of super-soldier types.

Even if this is all just hot air and John-Kamen remains with the production, Marvel still needs to inject some other characters in there to increase the fandom’s excitement for the film. With shooting due to start soon, it’s pretty late in the day, but Marvel is famous for tinkering with its movies up until they’re almost in cinemas. So there’s nothing stopping the filmmakers from bunging in a couple of extra baddies from the MCU’s past to add some more thunder to the Thunderbolts.

And, if they’re looking for suggestions, they might want to start with these guys…

Here’s a left-field one to start off with. While he could theoretically return in Daredevil: Born Again, we haven’t heard any indication that Wilson Bethel will be brought back as Benjamin Pointdexter in the upcoming revival of the Netflix series. That’s a crying shame as DD season three ended with the promise that Dex was about to become Bullseye for real. The MCU needs to pick up that plot-thread, then, and doing that in Thunderbolts would make a lot of sense considering the villain’s time with the team in the comics.

Who’d have thought we’d ever be desperate to see Abomination again? Tim Roth’s Emil Blonsky was once one of the blandest, most forgettable bad guys in the MCU, but The Incredible Hulk vet’s belated return in She-Hulk: Attorney at Law (following a brief cameo in Shang-Chi) totally transformed him from bargain-bin military man-monster into hilariously zen wellness guru. Seeing him encourage all the hotheads on the Thunderbolts to relax and recenter their energies — only to loose his cool and hulk out himself — would be priceless.

While She-Hulk made good use of Blonsky in his few appearances, it really dropped the ball on Titania as we never really got to find out what the character was all about beyond her superficial personality and vendetta against Jennifer Walters. Jameela Jamil gave the part her all, though, even remaining in character in public, so we really need Marvel to make good on Jamil’s offer to keep playing this character for decades. Who knows, the super-strong social media influencer could be an unexpectedly useful addition to the group.

When a Thunderbolts movie was first announced, one name was on the lips of many an MCU fan as someone they needed to return for the film: Sam Rockwell’s Justin Hammer, one of the few things that everyone can agree was good about Iron Man 2. Considering how much fun Rockwell was in the part — the best of the franchise’s many anti-Iron Man characters — it’s a crime he hasn’t turned up since 2013’s “All Hail the King” One-Shot. At least if Hammer doesn’t show up in Thunderbolts he could always feature in the Armor Wars flick instead.

Zemo is such an obvious contender for the Thunderbolts that it’s bizarre he hasn’t been confirmed to be part of the team as it is. The Sokovian nobleman is often portrayed as the leader of the group in the comics, and he’s very much primed to do just the same in the MCU following his semi-redemption in The Falcon and the Winter Soldier. Daniel Bruhl has indicated he may turn up, but if all he has to do is a minor cameo then that would be a total waste. However, if he has a major role, then — to use the Baron’s own words — it would be a masterpiece. Complete. Comprehensive.

Thunderbolts is scheduled to enter cinemas on July 26, 2024.