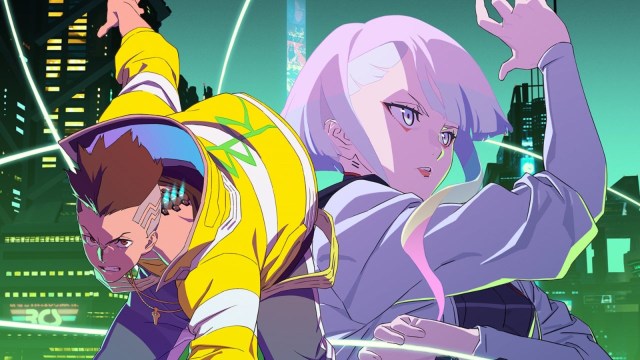 Netflix’s latest futuristic anime has entered the Top 10 charts immediately after release, which proves once again that Japanese animation is one of the fastest-growing media outlets of the modern age. Previously, The Duffer Brothers’ Stranger Things was the most successful science-fiction series to dominate the charts, but it goes without saying that far more viewers would be drawn to the universal genre of sci-fi rather than the niche market of anime. Therefore, it stands as a monumental achievement for Japanese animation — which is often undervalued as an entertainment sector — to be smashing the charts with as much vigor as its live-action counterparts.

Cyberpunk: Edgerunners debuted on Netflix on Sept. 13, 2022. The series was created by Studio Trigger, the animation studio behind Darling in the Franxx, another universally successful science-fiction anime, which was founded by former Gainax (Neon Genesis Evangelion) employees, Hiroyuki Imaishi — who also directed the series — and Masahiko Ōtsuka.

Based on the critically acclaimed video game Cyberpunk 2077 by CD Projekt, Edgerunners follows David, a promising student at Arasaka Academy, and Lucy, a young netrunner (hacker) and pickpocket who targets Arasaka employees. When David loses everything in a drive-by shooting, he reinvents himself as an edgerunner, a technologically advanced mercenary commonly referred to as a “cyberpunk.” In the English dub, David is voiced by Zach Aguilar, while Lucy is voiced by Emi Lo, both of whom worked on Demon Slayer together.

Just two days after its initial release, FlixPatrol has ranked Cyberpunk: Edgerunners at the sixth spot for the United States Top 10 Netflix charts in the “TV shows” category. Alongside Imaishi, Masahiko Otsuka and Yoshiki Usa wrote the scripts for Edgerunners while animation director Yoh Yoshinari designed the characters and Akira Yamaoka composing the soundtrack.