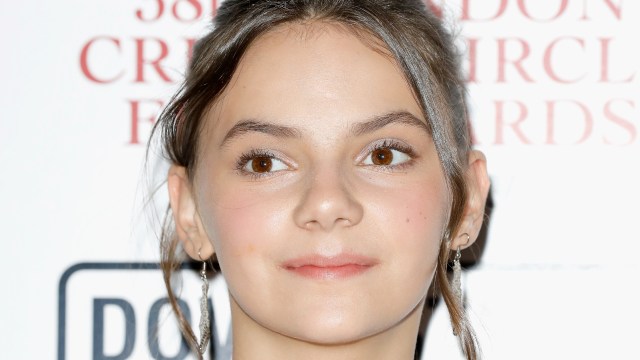 The gruff and muscled Wolverine we know and love, as portrayed by Hugh Jackman, might have been played out of cinematic continuity in Logan, but that doesn’t mean he can’t return through some convoluted plot twist in future MCU films. Perhaps we’ll get to see Jackman cameo then, even if a full return for the actor is unlikely. This means that Marvel might already be scouting for a replacement to come in and play the iconic role. Especially with the MCU reportedly looking to make Spider-Man and Wolverine the future faces of the franchise.

In fact, some fans are hoping that the next claw-wielding mutant is an actor we’ve already seen in a Marvel movie. Yes, Jackman’s co-star Dafne Keen, who played the role of X-23 (the other Wolverine-like mutant in Logan), would be the perfect person to carry the torch. She won fans over with her debut appearance and would no doubt be a popular choice as the MCU slowly introduces mutants into the mix.

The below fan art was created by Fajareka Setiawan and if we needed any more proof that it’s a good idea to cast Dafne Keen in the role, here it is. She’s even outfitted in the classic X-Men costume that we never got to see Jackman put on.

Keen would also fit right in with the fresh faces being introduced into the MCU with The New Mutants. Hopefully, the movie fares well despite its rather troubled road to a theatrical release, being scheduled for 2018 at one point and then being delayed multiple times, before finally getting a confirmed release date of August 28th, 2020.

Of course, there are a lot of unpredictable elements at play in the structure of Marvel’s films after Avengers: Endgame, what with Iron Man being dead and Captain America getting old. Filling in the gaps with likable new heroes is definitely the game plan going forward though and whether it’s Keen or someone else, hopefully the casting team will hit another home run with the new face of Wolverine.