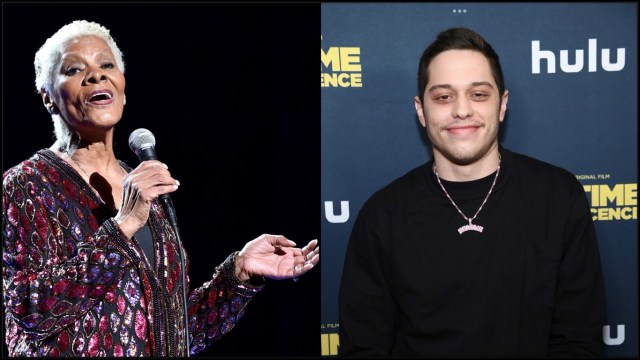 Now that we know Pete Davidson has finally found another famous person to couple up with, we can all rest easy that everything is going to be alright with the word. That’s right, Davidson and Emily Ratajkowski are dating, and the news garnered reactions from celebrities everywhere, including Psychic Friends Network host and singer Dionne Warwick.

The 81-year-old “That’s What Friends Are For” singer took to Twitter to respond to the news and also let people know that her psychic abilities are still intact, because she made a prediction about the future:

The tweet has more than 50,000 likes and over 5,000 retweets and that’s just as of this writing. Apparently some people didn’t believe that it was actually Warwick who sent the tweet, or that she tweets at all, so she followed up with a video.

“Well, so there’s still some non-believers huh? Well I want you to believe this: I am Dionne Warwick and I tweet. Yes I do. And I want y’all to stop thinking I don’t. OK? Do yourselves a favor. Alright now. I want you to stop it. Bye.”

Even notorious Twitter presence and the lead singer of the alternative 90s band Eve6 got in on the fun, asking “Dionne warwick do you like alternative rock.”

Others are also in love with the idea. “That will be the pinnacle for him. Let him down gently when you’re done with him, he’ll be a broken man,” one person said. Another said “Dionne Davidson has a nice ring to it” and someone else replied “Pete Warwick sounds even better.”

We’ll let you know when we hear about the date for the wedding.