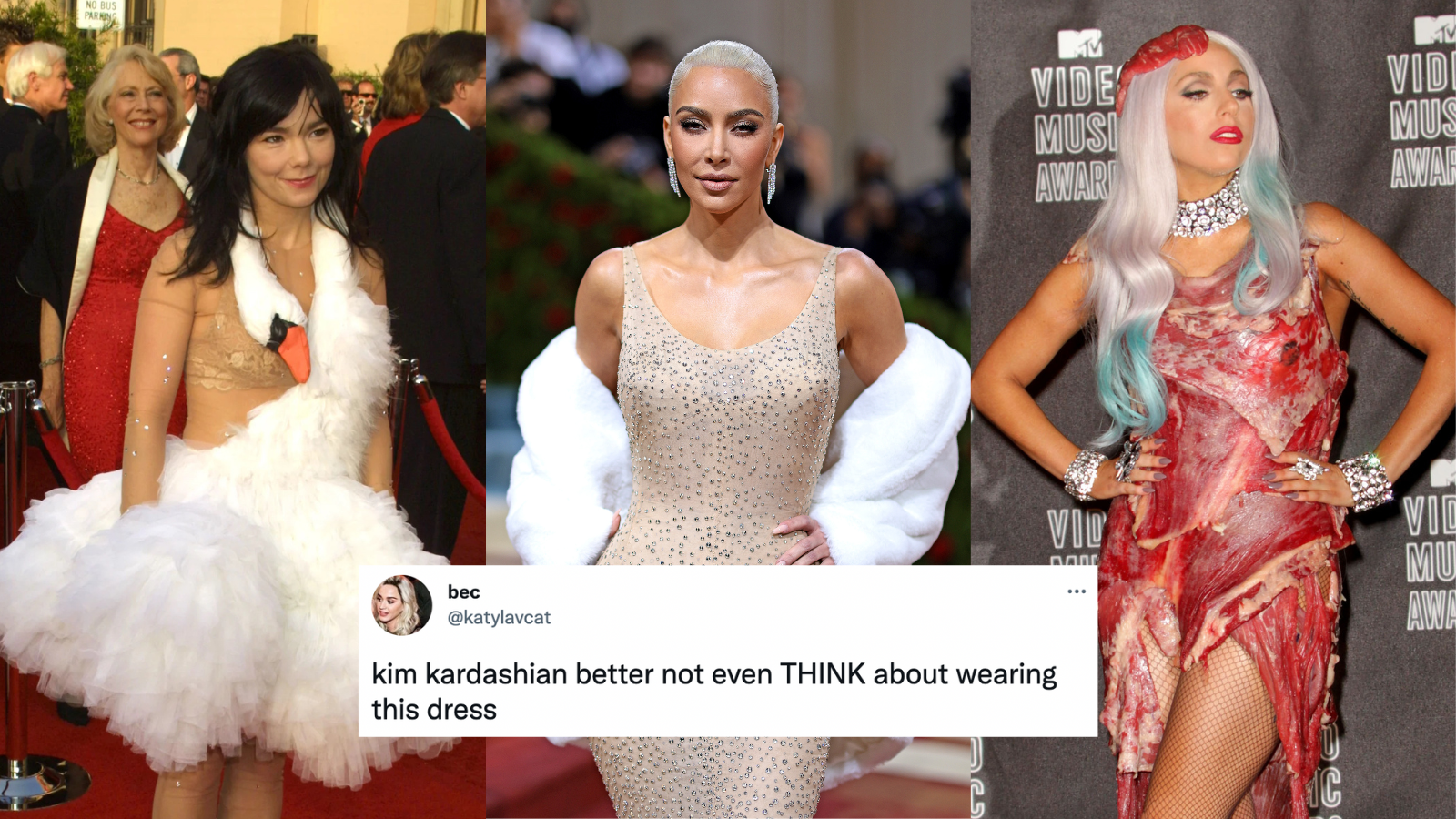 Folks on Twitter are sharing the dresses they don’t want Kim Kardashian to wear and accidentally tarnish after she allegedly did just that with an historic item worn by Marilyn Monroe.

The Kardashian was accused of causing “permanent damage” to the dress. Monroe collector Scott Fortner shared a photo on their Instagram of the dress after the reality TV star turned beauty mogul wore it. Kim appeared to have stretched the fabric and some crystals were missing from the back of the dress.

The internet joined in on roasting Kim K for her alleged fashion crime. Folks shared pics of infamous dresses celebs wore to award shows, as well as some of the worst fashion mistakes in pop culture. They jokingly said Kim Kardashian better not even try and wear them.

One user showed what could allegedly happen if Kim K dared to get her hands on one of pop culture’s most… tasteful looks. The user shared a pic of Lady Gaga’s iconic meat dress from the 2010 VMAs alongside a pic of Kim K frying some meat on the stove. Is no dress safe?!

Kim Kardashian has not publicly commented on the claims she damaged the dress. But Marilyn Monroe fans questioned whether the Kardashian was gifted a strand of the late Hollywood star’s hair.