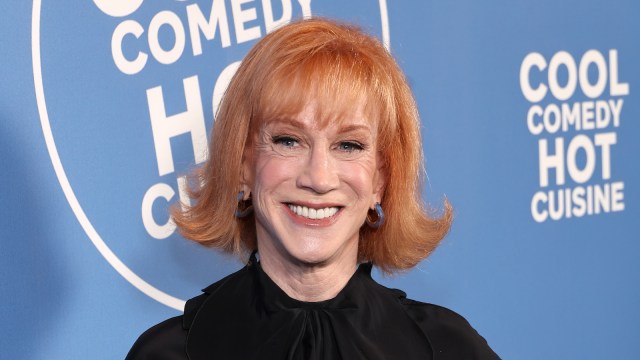 Elon Musk appropriately took to Twitter to make an announcement about those who may or may not remain unbanned from the platform and whether or not Donald Trump is amongst them.

On Friday, Musk initially sent out a tweet that read only, “Freedom Fridays.” Then, shortly thereafter, rattled off five names to note their Twitter fate.

One of those names was Donald Trump, but it’s the only one he hasn’t made a definitive decision on yet, tweeting, “Trump decision has not yet been made.”

However, he did reinstate comedian Kathy Griffin whom he had banned from the platform shortly after taking over the bird app because Griffin impersonated him. Afterward, Griffin desperately tried to get back on Twitter, even resorting to tweeting from her deceased mother’s account.

Musk also reinstated Jordan Peterson, who was banned for “hateful conduct” back in June when he deadnamed Elliot
Page in a tweet and spoke against his gender-affirming surgery.

Next to be reinstated is the comedic media outlet, The Babylon Bee, which can be best described as a conservative version of The Onion, utilizing satire as its main appeal. Similar to Peterson, the Bee was also banned for hateful conduct due to what they claim was just a joke after they named transgender woman Rachel Levine the “Man of the Year.” The Bee responded by saying they “love trans people,” but further explained that no group is above their satire.

It should be noted that no reasons for the decisions were given.

When Musk asked “What should Twitter do next?” he received a popular response that suggested they should bring back Alex Jones. Musk simply replied, “No.”

“New Twitter policy is freedom of speech but not freedom of reach. Negative hate tweeets will be max deboosted & demonetized, so no ads or other revenue to Twitter. You won’t find the tweet unless you specifically seek it out, which is no different from rest of Internet. Note, this applies to just the individual tweet, not the whole account.”

As more decisions are made about who Musk will un-ban and who he will keep banned, and certainly about Donal Trump, we will keep you informed.