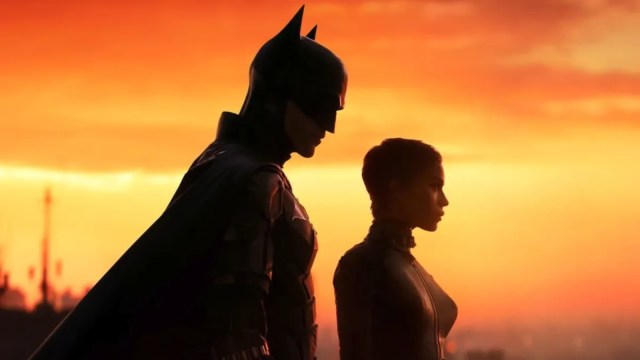 Another day, another DC employee dishing on how chaotic it is to work for the studio. Matt Reeves’ Batverse might be going full-steam ahead, with Warner Bros. Discovery moving forward with various spinoff projects based on Robert Pattinson’s acclaimed debut in The Batman, but not everything connected to this latest reboot of the Dark Knight has turned to gold. Case in point, the axed Gotham P.D. HBO Max series.

Despite being, or perhaps because it was, the first Batman off-shoot, the series that would’ve focused on Commissioner Gordon and his officers officially died a death in the wake of the film’s release this past spring. Given everything that’s happened in the DC world since, then, however, would-have-been showrunner Joe Barton believes its cancellation might’ve been for the best.

While chatting with Variety to hype his new Netflix series, The Bastard Son & the Devil Himself, Barton was asked if he was secretly glad that Gotham P.D. was canned given how WB treated the Batgirl movie. The screenwriter admitted that the show’s developmental phase was “really, really rocky,” even if the ideas his team were cooking up were “super cool.” As he put it:

“Like was it a bullet dodged? I don’t know. I really don’t know. It’s difficult. I mean, it does seem pretty chaotic. But then it was pretty chaotic when I was doing my thing there so in a way, I didn’t get to avoid the chaos. I think we were slightly the first wave of that chaos. I think the [Discovery merger] happened about halfway through the process, which had already been really, really rocky. I think it would have been really great and that’s kind of why I feel gutted about it, just because I know we would have made a great show. And so that’ll always be for me a regret, because I just think it would have been really super cool.”

Barton went on to speculate that he was probably spared a grueling production process, joking (we think) that the fact this beast of a series was given the chop before it had really begun is probably beneficial to his long-term health. He continued:

“But it just wasn’t to be. And I do think probably the process of making it would have been challenging. If the development of it is anything to go by, the actual f*cking making of it, I think would have been – yeah, f*cking intense probably. So in that respect, I’m kind of glad. It was definitely stressful. It was a really stressful period and I was working on it for a year, but I was doing it at the same time as this [The Bastard Son & The Devil Himself], The Lazarus Project and a few others bits. It was slightly mad. But yeah, I guess I will always regret the show that we could have made, but I think I’ll probably live longer without the stress it would have caused.”

While Gotham P.D. may not be coming to arrest our attentions, Colin Farrell’s Penguin prequel is, alongside an Arkham Asylum show and a host of others, maybe even a solo vehicle for Clayface. With any luck, the creatives working on those series will have an easier time of it than Barton did on his.