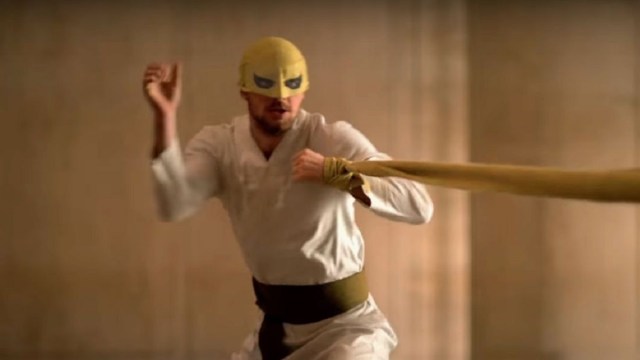 If there’s one thing that’s been made abundantly clear in the years since Netflix first began rolling out episodic Marvel adaptations, it’s that very few people have kind words to say about Iron Fist.

The worst-reviewed and least-watched of the entire Defenders Saga, the story of Finn Jones’ wet blanket Danny Rand hardly set the world alight, and that’s putting it lightly. Even when Disney Plus acquired the entirety of the Netflix collection and debuted all of the shows on its own streaming service, Iron Fist was completely omitted from the various promo spots designed to generate hype.

Charlie Cox and Vincent D’Onofrio are back as Daredevil and Kingpin, with Krysten Ritter and Jon Bernthal heavily rumored to be joining them, but nobody’s crying out for the return of the OG Danny Rand. Don’t get us wrong, Iron Fist is almost certainly getting rebooted and reintroduced into the Marvel Cinematic Universe, but we’d bet big money on it being a clean break.

Nonetheless, several spicy takes on Iron Fist have been emerging online, and as you can see from a smattering of the reactions below, people rushing to the defense of the maligned series are being shot down in flames for what feels like the umpteenth time.

In fairness, we’d happily see Jessica Henwick return as Colleen Wing, a sentiment shared by the actress after she revealed she’d turned down Shang-Chi and the Legend of the Ten Rings for that very reason, but there’s hardly a barrage of petitions, campaigns, and hashtags calling for the return of Jones’ protagonist.