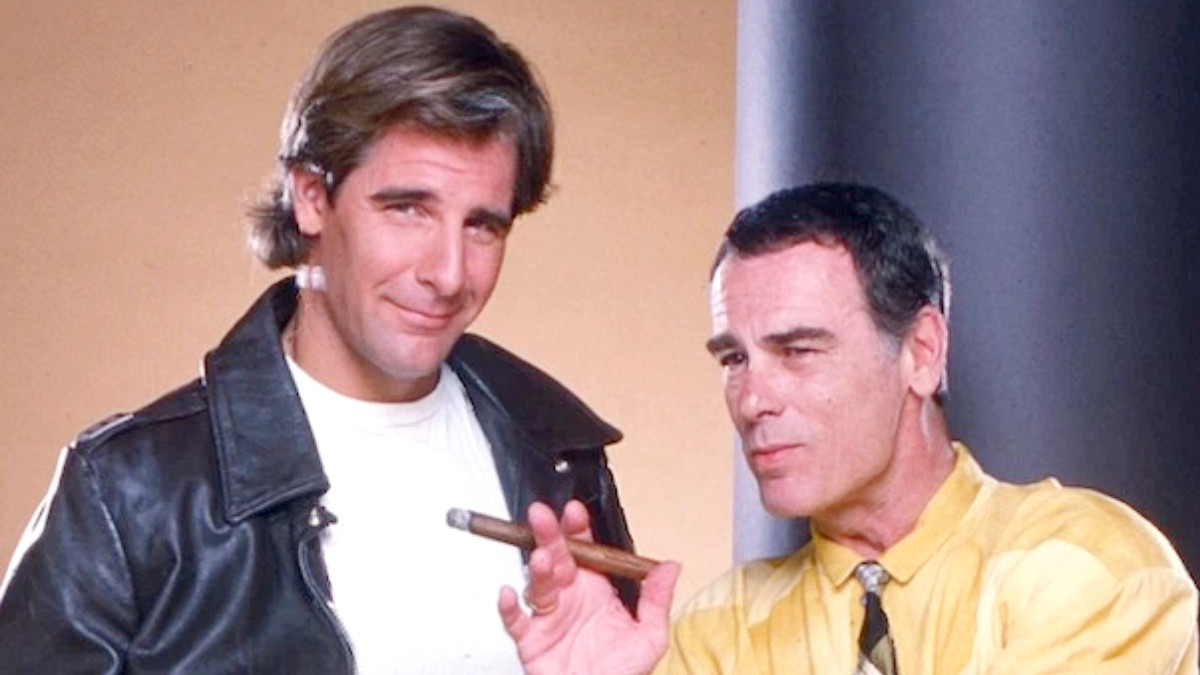 NBC announced on Thursday that the long-rumored return of Quantum Leap was finally in development. Details are thin, but the network has greenlit a revival with the original series creator, Don Bellisario, on board as executive producer.

According to NBC’s synopsis, “It’s been 30 years since Dr. Sam Beckett (Scott Bakula) stepped into the Quantum Leap accelerator and vanished. Now a new team has been assembled to restart the project in the hopes of understanding the mysteries behind the machine and the man who created it.”

It’s currently unclear whether Bakula will return in any capacity, whether in a starring role or behind the camera. However, The Hollywood Reporter has sources who claim that the 67-year-old actor may be involved. Sadly, Dean Stockwell, who played Beckett’s hologram sidekick Al Calavicci, passed away last November at the age of 85.

Though it sounds as though the series will be more of a sequel that picks up where the old one left off rather than a full reset, there will ostensibly be the same roles and dynamic to fill. So shortly after the news broke, Quantum Leap fans began to imagine who might step into the roles of Sam and Al.

Given the plot details we have so far, it would seemingly make perfect sense for Bakula to play the general role of “Al” with a young protégé brought in to do the leaping, as more than a few people suggested — despite the fact that Dr. Sam Beckett never returned home.

TV writer Julie Benson suggested What We Do in the Shadows star Matt Berry as Al — who recently popped up on The Book of Boba Fett.

As Rob Wesley pointed out, Giancarlo Esposito from Breaking Bad and Better Call Saul would also make a perfect Al.

Another user suggested Jennifer Garner as Dr. Sam Beckett and Yvette Nicole Brown as Al, which was quickly cosigned by Brown.

Another user suggested Nathan Fillion and Mark Sheppard. When they were in their prime, maybe, but since both men are in their 50s now, the network may want to skew younger for the role of Sam.

“There’s very significant conversations about it right now going on,” Bakula said at the time. “I don’t know what it would be. I don’t know who would have it. The rights were a mess for years. I don’t know if they’re even sorted out now. That’s always been the biggest complication.”

Quantum Leap ran for five seasons on NBC from 1989 through 1993. The original series synopsis was that Dr. Sam Beckett “found himself leaping from life to life, striving to put right what once went wrong.” Stockwell co-starred as Al, “an observer from Sam’s own time who appeared in the form of a hologram that only Sam could see and hear.”

In addition to Bellisario, Steven Lilien and Bryan Wynbrandt have signed on as showrunners, with Deborah Pratt and Martin Gero also executive producing.