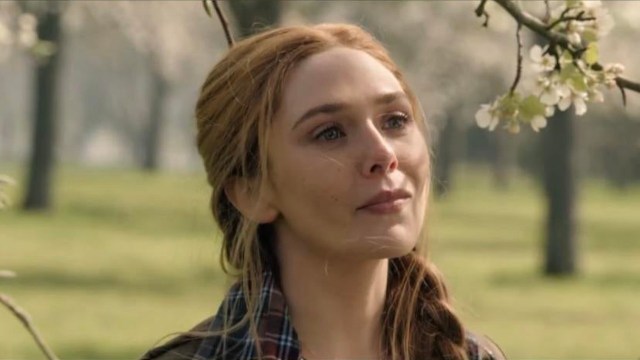 Did the She-Hulk: Attorney at Law finale just transform the show’s reputation from one of the most divisive of Marvel’s Disney Plus series to one of its best? It might’ve done, thanks to the combination of some insane, internet-breaking meta moments and more connections to the wider MCU and teases at what’s to come in the future than Daredevil can shake his billy club at.

Case in point, She-Hulk‘s last episode has resurrected hopes that Elizabeth Olsen could be set to get her own Scarlet Witch movie after all. During the finale’s standout scene, Tatiana Maslany’s Jen Walters actually gets to meet the wizard behind the curtain, the one who creates all Marvel Studios content. Yes, Kevin — no, wait, K.E.V.I.N. (Knowledge Enhanced Visual Interconnectivity Nexus), an all-knowing A.I.

There are various easter eggs hidden in this sequence, as you would expect, including one that has got Wanda Maximoff stans screaming. A couple of covers from 2016’s Scarlet Witch comic book series can be seen decorating his headquarters.

Naturally, Scarlet Witch worshippers are taking this as a clear sign that a Wanda film is on its way.

If you’re wondering, this is the cover of Scarlet Witch #4, depicting Wanda traversing the Witches Road, a plane that only sorceresses can cross.

Yes, we can technically say that Wanda did appear in the finale, *Madisyn voice* just not how you thiiink.

She asked about the X-Men, but Jen could’ve also quizzed K.E.V.I.N. on Wanda, too.

You’d think fans would know not to get their hopes up, after all those rumors about a Scarlet Witch announcement dropping at last month’s D23 came to naught. But, hey, at least we can safely say Marvel is aware of what we all want.

She-Hulk: Attorney at Law is streaming in full on Disney Plus.