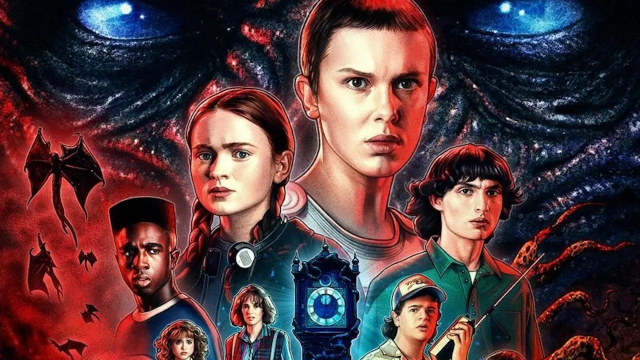 What has made Stranger Things the global phenomenon that it is? Is it the intriguing supernatural/sci-fi mythos? The power of 1980s nostalgia? The endless bangers on the soundtrack? While these elements are certainly key to its success, you could argue that the real reason everyone loves the series is because of its ever-growing ensemble of beloved characters.

Creators the Duffer Brothers have managed to build up a ballooning cast in which each character has a vibrant personality and is winningly played to boot. The result is that there are so many odd couples and double acts that fans adore. From Dustin (Gaten Matarazzo) and Steve (Joe Keery) to Steve and Robin (Maya Hawke)… Basically, just anyone with Steve.

And yet there are numerous character dynamics that have either been undeserved or haven’t actually occurred yet that we would love to get explored before the show concludes with its fifth and final season. Let’s take a look at a few team-ups, partnerships and confrontations we desperately need to see.

One of the many new characters introduced in ST4 is Argyle (Eduardo Franco), Jonathan’s pothead pizza place employee pal. The permanently stoned Argyle has been a fun addition to the cast, especially once he gets caught up in the madness surrounding Eleven (Millie Bobby Brown) and the Byers family and manages to — mostly — take it in his stride.

Now that he’s part of the gang, here’s hoping Argyle will stick around for season five. And if he does, we need to see him meet Hopper. Having the uptight former sheriff encounter the laidback Argyle would no doubt be hilarious as it’s easy to imagine Hop being instantly irritated by his demeanor. Then again, maybe they would surprise everyone and get along — the show has a history of unexpected friendships, after all.

Carla Buono was credited as a series regular for the first three seasons of the series, but it seems there was just too much going on in season four as Karen Wheeler has drawn the short straw this year and has hardly featured. And that’s a shame as Karen’s had some great moments in the show so far, including a standout moment in season three in which she and daughter Nancy (Natalia Dyer) bonded over their experiences with sexism.

Fans have often expressed interest in having Karen find out about the weirdness of Hawkins before the series ends, as she’s always been just outside the loop. If that happens, here’s hoping Nancy gets to be the one to tell her so that we can get a little more of the Wheeler women’s touching relationship and so Karen can realize just how capable and brilliant her daughter is.

Steve and Jonathan (Charlie Heaton) were two of the biggest rivals in the whole show back in season one, as the pair fought for Nancy’s affections. Fast forward three seasons, however, and the duo are very different people. Jonathan is no longer the shy outsider and Steve has come a long way from the bullying jock he once was. So it would be fascinating if they got to share some one-on-one screentime together again in season five.

We’d like to think that the pair would actually become pretty good friends if this did happen, based on their mutual personal growth. However, as the series seems to leading up to Nancy getting back together with Steve, it’s probably more likely that old wounds would reopen. Could the final season see Jonathan and Steve become bitter enemies again?

Aside from Argyle, two of the most important additions to season four have been Eddie (Joseph Quinn) and Jason (Mason Dye), two Hawkins High students who couldn’t be more different. Although innocent Eddie has unfairly become the town pariah, Jason is the king of the school even though he’s on a bloodthirsty witch-hunt for the mullet metal-loving nerd and the rest of the Hellfire Club.

It would be hugely satisfying, then, if Eddie and Jason got to have a big confrontation before season four comes to a close, with Eddie hopefully getting the better of the jock and taking him down off his high horse. Obviously, fans are worrying that Eddie is going to meet a dark fate in volume two, so it would be a nice surprise if he actually manages to come out victorious against Jason, let alone Vecna.

As he’s not the most outgoing person ever, Will (Noah Schnapp) has never really bounced off the rest of the characters in the same way as his friends. It would be heartwarming, then, to see him form some new bonds in the final season. And at the top of the list of people we need to have him become buds with is Robin. Just imagine how the ever-anxious Will would react to the hyperactive band geek.

This is actually a pairing that fans have vocally called for, as a Will/Robin friendship could be something more meaningful than you might think. It certainly seems like Will is struggling with his sexuality and unrequited feelings for best pal Mike, so someone who’s come out the other end and has embraced their queerness like Robin could be the perfect mentor for Will and exactly who he needs in his life right now.

Forget Vecna, Angela (Elodie Grace Orkin) has proven herself to be the real villain of season four, thanks to the teen bully’s relentless and vindictive targeting of poor Eleven. Sadly, El herself is not emotionally equipped to handle someone as mean as Angela and Mike and Will likewise turned out to be totally useless against her in episode two. So what we really need is for someone with a super-sharp tongue and a scathing wit to take Angela down a peg.

Enter Erica (Priah Ferguson). Despite her young age, Lucas’ little sister has marked herself out as the member of the gang you’d least want to cross due to her abundance of sass and savage sense of humor. While she’s not particularly close to El, you can bet that Erica wouldn’t stand for someone like Angela and would proceed to burn her alive (metaphorically, obviously) if they ever crossed paths. Make it happen, Duffers.