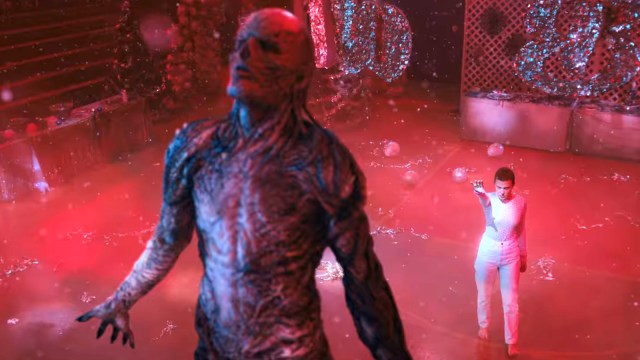 Stranger Things 4 attempted to get folks invested in various romances, like Eleven and Mike and Steve and Nancy, but the fans themselves had other ideas. Instead of the couples the writers are trying to make happen, viewers have created their own — some would’ve loved Steve and Eddie to become boyfriends or else Mike to dump Eleven and get together with Will, who’s clearly in love with him.

But while you can see the logic behind these pairings, fans have just launched another ship that really should never have set sail. Who should Nancy Wheeler end up with? Steve? Jonathan? Maybe even Robin? Nope, according to this cursed coupling, it’s “Vecnancy” all the way.

As Redditor ComplainablePanda posted on the r/StrangerThings subreddit, “While you guys are going on about Byler, I’m shipping Vecnancy.”

Weirdly, this isn’t the first time that fans have thought about the tentacled tyrant of the Upside Down’s love life. A common theory goes that Henry Creel is actually Eleven’s biological father, indicating that he had a romance with her late mother, Terry Ives. While that makes a certain amount of sense and could be a revelation waiting to come out in season five, the image of Nancy making out with Vecna is enough to have us all leaping into a portal to the Upside Down.

As it happens, Nancy’s Stranger Things storyline might not actually conclude with the resolution of her love triangle. Star Natalia Dyer has suggested that she’d prefer it if Nancy dumped both Jonathan and Steve and enjoyed being single for a change. Seeing as Nancy has transformed into an unexpected certified badass over the seasons, this probably would be the most satisfying way to end her journey as the show comes to a close. Definitely more satisfying than making “Vecnancy” a thing anyway.