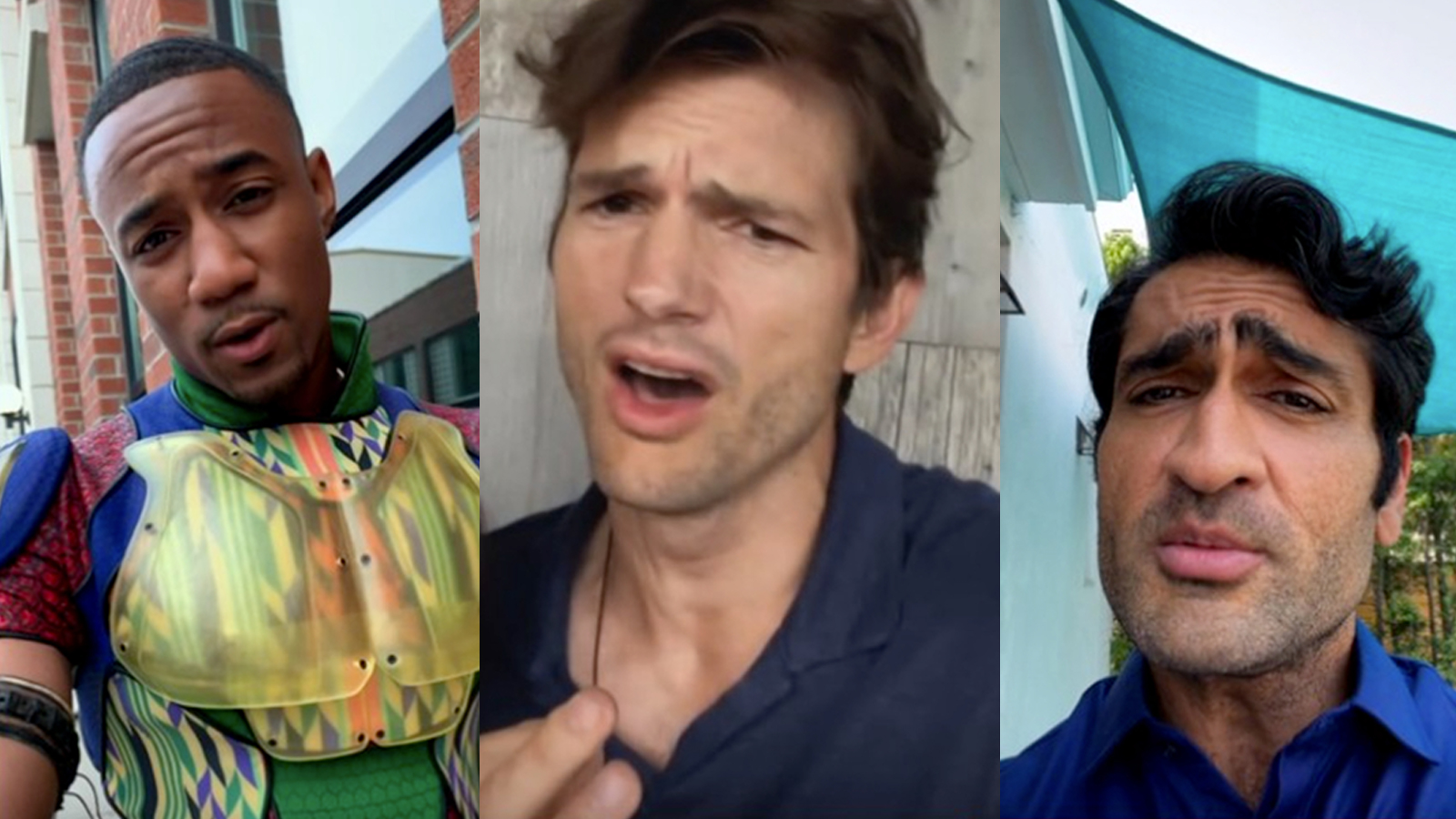 The Boys just parodied Gal Gadot‘s infamously cringe “Imagine” video with a bunch of your faves including Ashton Kutcher and Mila Kunis.

In The Boys season three episode six “Herogasm”, The Seven create a video montage sing-a-long to John Lennon’s “Imagine”. It’s a clear spoof of the real-life video Gadot made with Kristen Wiig, Natalie Portman, and others. The Wonder Woman star made the video with the intention to “inspire” people around the world to stay hopeful when they were stuck inside when COVID-19 first spread in March 2020.

But the video and everyone involved quickly became a huge meme. It came across as wildly tactless coming from people from a completely different social class and who lived in larger homes with enough space to safely isolate in without going insane.

The Boys showrunner Eric Kripke knows this and uses it to further illustrate the tactless ego-fuelled personalities of supes in the show’s universe. The parody opens with The Deep (Chace Crawford) talking about the series of “supervillain attacks” the world has seen lately — AKA hot vigilante Soldier Boy (Jensen Ackles). He then asks everyone around the world to imagine a better world and starts awkwardly singing.

The video cuts to Deep’s team-mates A-Train (Jessie Usher) and Black Noir (Nathan Mitchell). It then cuts to a bunch of actual celebrities singing the song. They include Marvel’s Eternals stars Kumail Nanjiani and Salma Hayek, Elizabeth Banks, Kutcher, Kunis, Aisha Tyler (Archer), Josh Gad (Beauty and the Beast) and Patton Oswalt (Ratatouille). It’s meant to remind us that superheroes are treated with the same celebrity status as Hollywood icons and are just as privileged and insufferable.

Viewers absolutely loved the scene when the episode dropped on Amazon Prime. Several of them were keyboard-smashing on Twitter. One said it “ha[d] them in stitches”. Another said it “made [their] night”.

Another said the parody to Gadot’s “Imagine” captured what was so great about the show.