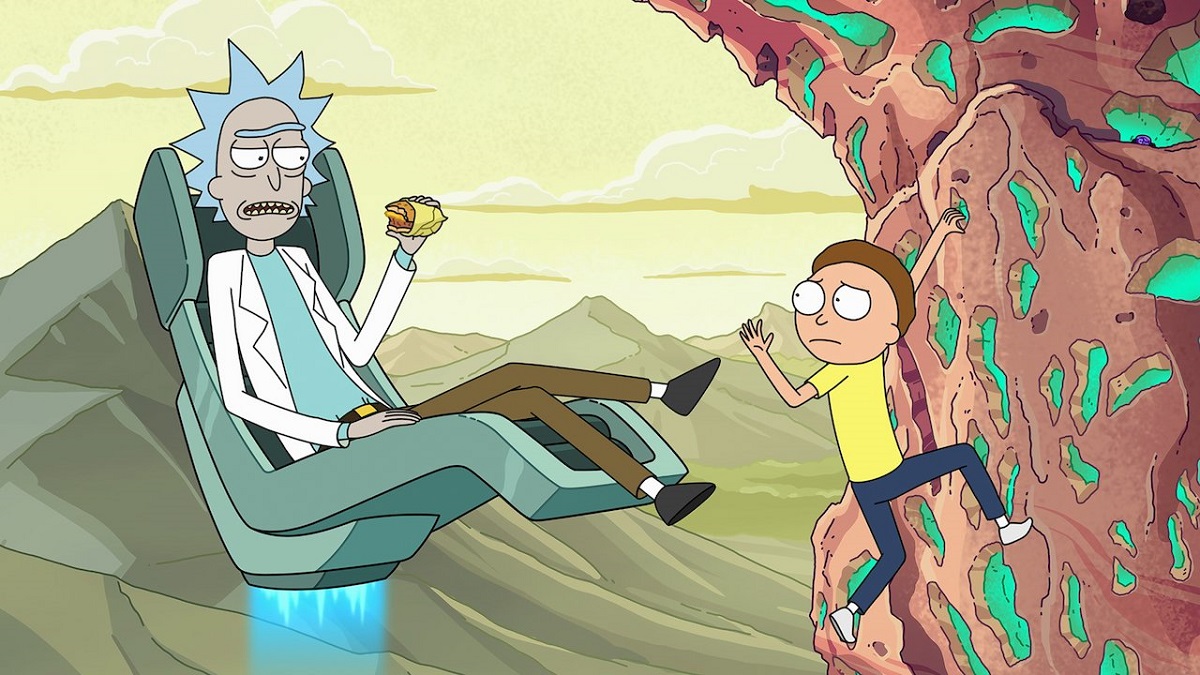 To say that Justin Roiland has found himself in a bit of hot water is quite an understatement. The voice actor, writer, and co-creator of Rick and Morty is currently facing charges of domestic violence, involving a former girlfriend he was dating in 2020. Roiland’s lawyer has released a statement defending his client as he is wont to do, but if he is convicted of the crime, his future in Hollywood might not be too bright.

While he has created other projects as well, like the recent video game High on Life as well as his other animated series Solar Opposites, his main project is the successful and insanely popular Rick and Morty. In Rick and Morty, in addition to voicing random characters, Roiland also voices both of the main characters, Rick Sanchez and Morty Smith.

The series was created by both Dan Harmon, the creator of Community, and Justin Roiland. Just because Roiland might be convicted of domestic violence charges, it does not mean that the series would be canceled. Instead, they might just recast the main characters. So, here are some people who might do a good job as Rick and Morty.

They might not fit with the roles of Rick and Morty, but it would be a very nice callback to the origins of the show. If neither of them wants to do it, they could always get other voice actors to make the voices more similar to their voices in Back to the Future. Maybe A.J. LoCascio would be a good choice for Morty, as he did a good job performing as Marty McFly in Back to the Future: The Game.

The pairing of Danny DeVito and Charlie Day is an iconic meme at this point, and they would be perfect as the pairing of Rick and Morty. The pair star together in It’s Always Sunny in Philadelphia as Frank and Charlie respectively. Rick Sanchez and Frank Reynolds are fairly similar characters, as both are fairly chaotic and terrible fathers.

The casting of Danny DeVito and Charlie Day has also been suggested for a Fantastic Four film, which is why the casting has turned into a meme. The only thing going against them is that Charlie Day might not be able to play Morty as indignant as Morty can get. But, if you really think about it, this pair could be the best option.

These two might be the most practical choices of all, as they both already work on Rick and Morty. Dan Harmon is the co-creator, and he also voiced the character Birdperson. Tom Kenny on the other hand has voiced Squanchy in the series but he is probably better known for being the voice of Spongebob Squarepants.

Dan Harmon has the dry delivery that a Rick would need, while we know that Tom Kenny can speak at a high pitch. As the pair already work on the series, they would not have to go to someone new and risk them turning down the roles because of the weight of Roiland’s alleged actions. Honestly, Kenny is such a talented voice actor that he might be able to pull off playing both of the roles himself.

Both voice actors have voiced characters in Rick and Morty before, so it probably would not take much convincing for them either. LaMarche would probably make a better Rick because he is known for his deeper voice, while Paulsen would probably be better for Morty as he usually plays characters with a squeakier voice.

Will Arnett and Paul F. Tompkins

What is this, a crossover episode? Will Arnett and Paul F. Tompkins would make a great Rick and Morty, but it might be too on-brand and similar to one of the roles they have played before. Both actors were in the animated comedy series Bojack Horseman on Netflix. Will Arnett voiced the titular depressed acting horse Bojack Horseman, while Paul F. Tompkins voiced one of his fellow actors, a dog named Mr. Peanutbutter.

Rick Sanchez and Bojack Horseman are very much alike, and they sound alike as well. So it would not be too much of a stretch to have Arnett voice Rick. Morty on the other hand might be a little more difficult for Tompkins, but he could bring a certain childlike optimism to the role that has been missing in recent seasons.

An interesting idea would be that every episode of an upcoming season could feature a different version of Rick and Morty from other universes, with different voices. Then they could get creative and cast anybody they wanted as Rick and Morty. Dwayne “The Rock” Johnson as Morty, George Clooney as Rick, or maybe even an episode where the pair are female versions of themselves. The Rick and Morty writing team could come up with some fun ideas.

Ultimately, if Roiland is convicted of domestic violence, it is more likely that rather than recast the characters he played, Adult Swim would just cancel the show. With Roiland as the co-creator, it might not be possible to continue the show unless everyone looks the other way, which would be quite unfortunate.

Roiland could always respectively bow out of the show, after all, he does have other projects to profit off of. Either way, we will have to wait and let the court decide. As the saying goes, innocent until proven guilty. But guilty or not, let’s hope fans aren’t kept from a seventh season of Rick and Morty.

Update: Adult Swim has released a statement and is cutting ties with Justin Roiland amidst the allegations and charges against him. But, there is good news for fans of the series as it has been confirmed that they will be producing the seventh season of Rick and Morty, with no news regarding when it will release or who will replace him in the roles of the titular characters. Who knows, maybe they’ll pick one of our options?