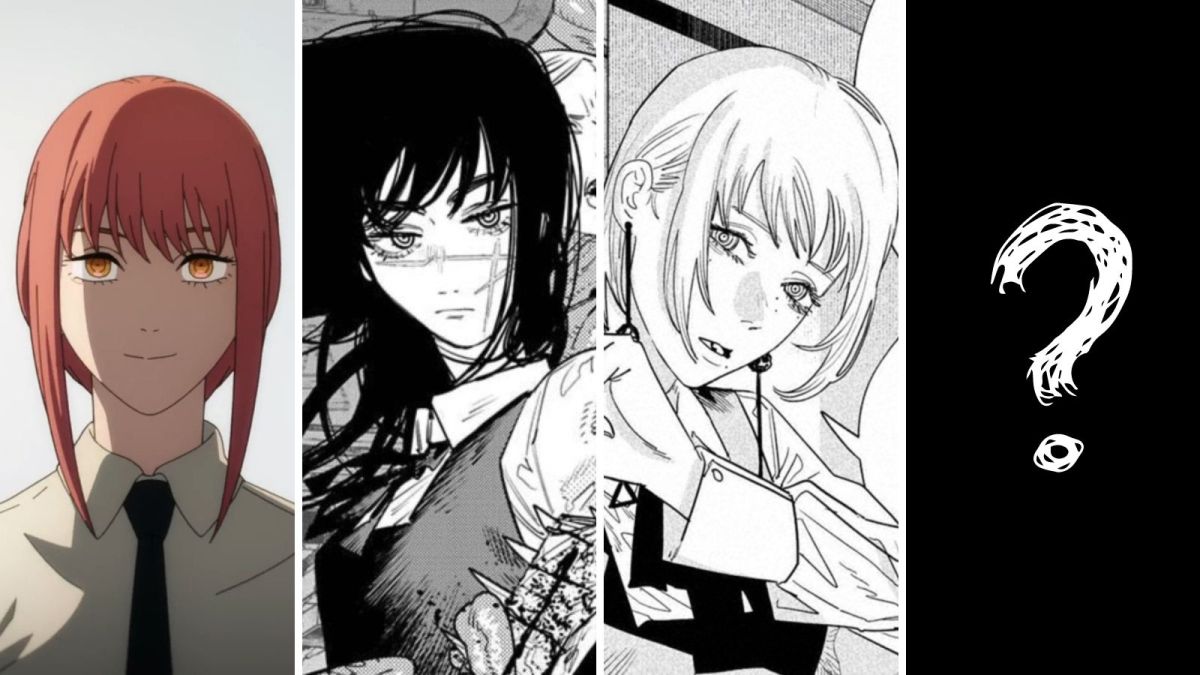 Images via Crunchyroll / Shonen Jump Plus

Warning: The following article contains major spoilers for the Control Devil and War Devil arcs from the Chainsaw Man manga.

Chainsaw Man is currently one of the most popular manga series in the world, with its popularity skyrocketing after its anime adaptation premiered. The series is written and illustrated by Tatsuki Fujimoto and began serialization in 2018 via Shueisha’s Weekly Shonen Jump. This year, however, the story began being published digitally, by Shonen Jump Plus. Chainsaw Man is best known for its incredibly gory visuals and the portrayal of extremely dark themes. Despite this, the series manages to blend comedy with an incredibly compelling narrative, covertly complex themes, well-written characters and relationships, and insane action sequences. It’s safe to say that the combination of all these elements is the reason behind Chainsaw Man‘s success.

The story follows Denji, a teenager who makes a contract with a Chainsaw Devil, thus becoming a human-devil hybrid known as the Chainsaw Man. In this series’ world, Devils are embodiments of humanity’s fears, and they feast on those fears, gaining power from them. While Devils originate in Hell, they are not bound to it. Many Devils make their way to Earth, wreaking havoc and terrorizing humans. Others can be more cunning, disguising their true forms, and living among humans as one of their own. Among these are the Four Horsemen. If you’d like to know more about the Horsemen in Chainsaw Man, feel free to keep reading.

Toward the end of the Public Safety Saga, in chapter 87 to be exact, the Four Horsemen are mentioned by Makima, as she tells a group of hybrids a little bit of their history. To absolutely no one’s surprise, like most Devils out there, the Horsemen have a beef with Denji. But what or who exactly are the Four Horsemen?

Most people have heard about the Four Horsemen of the Apocalypse, a group of beings who, according to Christian mythology, are bound to show up before the end of all things, as omens. In the Chainsaw Man universe, the Four Horsemen are a group of extremely powerful Devils; some of the most powerful in the series, in fact. They are known as the Control Devil, the War Devil, the Famine or Hunger Devil, and the Death Devil, and their immense power comes from the fears they embody. The Horsemen are the only Devils so far who have been shown to retain the memory of those erased from existence by the Chainsaw Devil.

During their time in Hell, the Four Horsemen fought the Chainsaw Devil, along with the Weapon Devils. However, sometime after Pochita disappeared from battle and escaped to Earth, three of the Horsemen made their way to our planet as well, taking on new identities while searching for their opponent. While the four seemed to work as a group in Hell, when they appear on Earth their goals are shown to be quite different, especially when it comes to the Control and War Devils.

One thing the Horsemen all seem to have in common, though, is their eyes. They are yellow with red circles in them, giving the Horsemen a distinctive non-human look. As for their Earthly bodies, there seems to be a pattern going on. Three of the Horsemen we’ve seen until now have chosen to present as or inhabit female bodies, typically those of young girls. Naturally, there is still room to pass this off as coincidental, but the more incarnations we’re introduced to, the more suspicious it becomes.

Now that we’ve covered the basics of the Four Horsemen, we can take a closer look at each of them and their respective powers.

In the Control Devil arc, readers discover Makima‘s true identity; she is the Control Devil and part of the Four Horsemen. This Devil represents humanity’s fear of control or domination, meaning that her powers are related to it. Makima can bend any living creature to her will; all she needs to gain control over a target is to believe they are inferior to her. Once under Makima’s control, the victim loses all memory of what happened immediately before that, and while being controlled. This allows Makima to use her power as she pleases while remaining free of suspicion.

Makima’s domination power extends beyond controlling someone’s actions. She can summon her victims and use their abilities as if they were her own, like borrowing animals’ hearing to spy on others’ conversations or using a victim to command Devils that person has a contract with. This power is effective on Devils, Fiends, hybrids, humans, and animals alike, whether they are dead or alive. As one can imagine, this is an extremely powerful and useful ability, making the Control Devil insanely feared by everyone. In fact, even those unaware of Makima’s identity seem to be intimidated by her to a certain degree, especially some of her subordinates. This could be a result of her naturally dominating presence, which combined with her manipulation skills seems to command great respect from those around her.

This character is also shown to have an ability named Force Manipulation. It allows Makima to control an invisible force, which she can use to crush her target’s body, whether by simply looking at them or by projecting the force with her index finger. In special cases, she can even annihilate targets at a long distance, by using a human sacrifice and a temple to amplify her power.

Toward the end of the arc, when Makima’s body is destroyed by Denji, the Control Devil reincarnates into Nayuta, a young Chinese girl. Nayuta seemingly has no memories of her previous incarnation but is believed to share all the same abilities.

The War Devil’s big appearance happens in the first chapter of Chainsaw Man‘s second saga, which marks the beginning of the War Devil arc. This being first appears in the form of an owl, offering to make a contract with Asa Mitaka, a high school student caught up in a bad situation, who has just been attacked by a schoolmate. The Devil claims Asa’s body as its own, in exchange for reviving her and turning her into a Fiend; from then on, the War Devil shares Asa’s body and goes by the name Yoru. After this, the Devil gains the girl’s appearance, with the added component of its yellow eyes, and scars that now adorn her face. Because the War Devil only took over part of Asa’s consciousness, the two can sometimes switch over command of the body; it’s when the Devil is in control that the facial scars appear.

Being the War Devil, Yoru’s powers mainly consist of being able to turn anything into a deadly war weapon, be it an object or a living creature. To activate this power, she must touch the target and say the name of the weapon she wants to create. The more guilty she feels about creating the weapon, the more powerful it becomes. This is particularly noticeable when Asa transforms human parts into flesh weapons, because of how remorseful she is.

Unlike Makima, who was a fan of the Chainsaw Devil and intended to use its power to destroy the remaining Horsemen, Yoru’s goal is to make the Chainsaw vomit the Nuclear Weapons Devil. By reviving this Devil, Yoru can use it to make War.

The Famine Devil appears in the manga for the first time during the War Devil arc. It presents as a high school girl who goes by the name Fami. She shows up toward the end of Yoru’s confrontation with her classmate and offers to revive the latter. Later, she reveals herself as the Famine Devil, claiming to be the War Devil’s older sister.

At the moment, Fami has made very few appearances in the manga, so not much is known about her. So far, it appears like she intends to transform Denji into a weapon, using Yoru’s power to achieve that, but it’s unclear what she wishes to accomplish with that. As for Fami’s powers, she seems to have a healing ability, being able to revive humans or Devils and grant them immense strength and size. She can also talk to others telepathically, as well as trap Denji and Asa in an aquarium, with the goal of driving the latter into starvation.

Unfortunately, at the time of writing, the Death Devil has not yet made an appearance in Chainsaw Man. Thus, there is no information about what this Horseman looks like or its motivations. It’s theorized, however, that this could be the most powerful of the Four Horsemen, given the type of fear it embodies. The fear of death is perhaps one of the most widely spread in humankind, so it stands to reason that the Devil’s abilities will reflect that. For now, all readers can do is wait for new manga chapters, hoping that the Death Devil will be revealed soon.

While awaiting new chapters, Chainsaw Man fans can also check out its anime adaptation. Season one is currently still being released, with episodes available for streaming on Crunchyroll and Hulu.