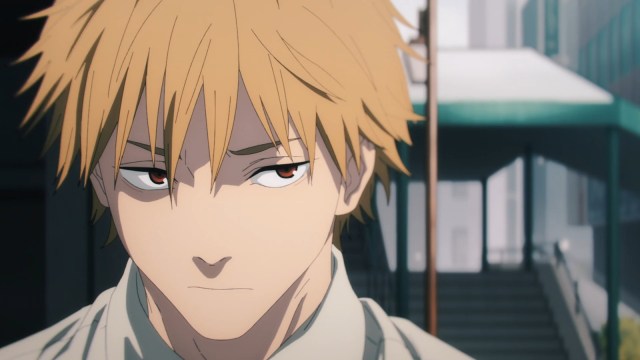 Warning: this article contains spoilers for chapter 84 of the Chainsaw Man manga.

Chainsaw Man‘s story is only just starting in the anime adaptation, but the groundwork for some major events is already being laid out.

When Division 4 encounters the Eternity Devil, they’re in for a spin. The Devil traps the hunters on the endless eighth floor of a hotel, feasting on their fears and growing stronger from them. For a way out, the Devil offers a contract: If the hunters kill Denji and give him to it, they may be allowed out; otherwise, they shall die in the hotel. While Arai and Kobeni are definitely inclined to accept the contract, others refuse, and a fight breaks out. Eventually, Denji concludes that the Eternity Devil must be afraid of him, otherwise it would simply kill him, instead of getting others to do it. With this in mind, Denji decides to fight the Devil and transforms into the Chainsaw Man.

This is only the first instance where the audience witnesses how much Devils fear Denji, or rather, the Chainsaw Devil within him. Some other hints regarding this subject have been dropped, however. Remember when Aki asked Makima why she has such high hopes for Denji as a hunter? She replied in a vague manner, explaining that the more fear a Devil’s name instills, the more powerful they are, and Denji is a Chainsaw Devil. The underlying implication here is that many are fearful of the Chainsaw, and therefore, Denji is more powerful than even he might know. In fact, this character’s powers and the fear he brings out in other Devils is a constant theme throughout the series, but it isn’t until later chapters of the Public Safety Saga that the big revelation finally happens. Warning: spoilers ahead.

Why is the Chainsaw Devil so feared?

In chapter 84 of Chainsaw Man, “Hero of Hell,” Makima reveals that the Chainsaw Devil is incredibly feared among some Devils and venerated by others. This is due to its unique ability to completely erase other Devils from existence. During its time spent in Hell, the Chainsaw Devil became known as a hero, answering every cry for help it heard. Easily, the Chainsaw would defeat and devour other Devils—literally. By consuming their flesh, the Chainsaw accumulates strength and eradicates their names, and thus, their very being. Like so, all memories anyone might have relating to the Devil consumed also vanish with it. This is why, in the world of Chainsaw Man, no one has memories of some of the most catastrophic events in human history, like the Holocaust or World War II.

Denji is not yet aware of his ultimate power in the anime since he only gained the Chainsaw Devil’s abilities after making a contract with Pochita, thus he doesn’t retain the Devil’s memories. That doesn’t keep him from defeating every opponent bold enough to face him, though.