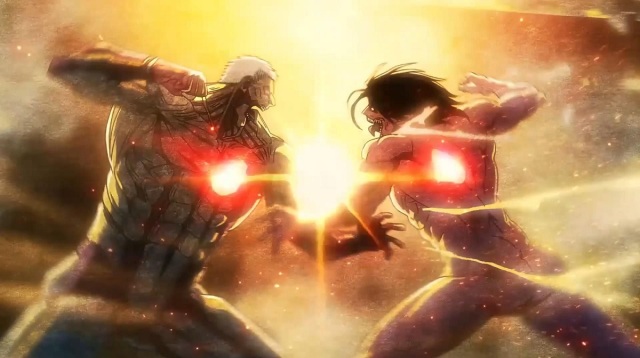 Attack on Titan is a highly-rated anime, and rightfully so. With its intense action scenes and complex storytelling, Attack on Titan is bound to have anyone hooked. Feeling trapped in a society that lives within walls, Eren Jeager wants to kill all the Titans, which are humanoid giants who feed on humans. When Eren’s hometown of Shiganshina is destroyed by the monsters, he vows to defeat them, until (spoiler alert) he discovers he is one of them.

As the series expanded, the Scouts discover that there are more classifications of Titans than they thought they knew. Based on powers, endurance, and size, each Titan here is ranked from the least to most strong, meaning each one gets more terrifying than the last.

These Titans have been a formidable foe for the entire Attack on Titan series. As the Cadets go to the Battle for Trost, many of them suffer horrible deaths due to their fear of these Titans. The Normal Titans are completely mindless and will do anything they can to get what they can eat. They are the ultimate predators, but not the strongest of them all. Eventually, as the Scouts developed their technology, they were able to destroy these titans easily and no longer needed to fight them.

Abnormal Titans are also mindless, but they are more active than Pure Titans. They are faster and stronger and have more of an intensity to eat humans. They are simply stronger than Pure Titans for their tenacity and unpredictability, and therefore they were a much larger threat to the Scouts on their expeditions.

The Cart Titan is definitely a threat as one of the Nine Titans that are passed down. However, its strength is in its name. Once armor and ammunition are loaded onto the Cart Titan, it appears strong. Due to its build, this Titan is the weakest of the Nine, relying more on movement than force.

The Jaw Titan, like the Cart Titan, is built to be quadrupedal, moving on all fours like an animal. This makes it easy for the Jaw Titan to jump around and move faster than the other titans, but it is still not the strongest. However, its prime jaw feature is strong enough to break through Titan crystal, as shown when it was used to access Lara Tybur for her War Hammer powers.

With the strength of the Attack Titan and the endurance of the Jaw Titan, Eren was able to access Lara without much struggle.

The Female Titan seemed to be the most powerful Titan that the Scouts ever fought in season two of Attack on Titan. She could run faster than the other Titans, and her sentient mind made her even more dangerous. There was no room for the Scouts to run as she made her way smashing them all like insects.

The Female Titan has the ability to harden her skin, making her stronger than the Jaw and Cart Titans, giving her more endurance and therefore more strength.

What the Beast Titan lacks in physical strength, he makes up for in his leadership skills. He has the ability to create other Titans just by screaming, solidifying his spot as one of the stronger Titans. His height and long arms make it easy for him to gain momentum in each of his throws. However, he still can’t handle the strength of an Ackerman when cornered and alone, placing the Beast Titan below the top five on this list.

This Titan had a late introduction but became one of the biggest threats of the series. With the identity of the Titan Shifter a mystery, the War Hammer Titan became a stronger enemy. This Titan has the ability to build weapons out of Titan crystal and can remotely control its Titan as opposed to being in the nap of its neck. It is not the strongest since this Titan was bested by the Attack Titan.

The Attack Titan isn’t the strongest in terms of physically lifting weight, but it is the strongest in endurance and perseverance. It has the ability to see the future, giving it enough motivation to attack and complete its mission.

As Eren learned to use his Attack Titan powers, it became easier for him to transform without waiting. In many battles, the Attack Titan has lost limbs and still continued to fight, making it more terrifying than the other Nine Titans.

The Colossal Titan became the prime Titan of everyone’s nightmares. Standing at sixty meters tall, this Titan stands well above everyone else. Every step it takes could be lethal to someone below. Every time this Titan Shifter changes into the Colossal, the blast is as powerful as an atomic bomb. It also has the ability to release extremely hot steam that can kill.

Therefore, it is one of the strongest Titans that Attack on Titan has to offer.