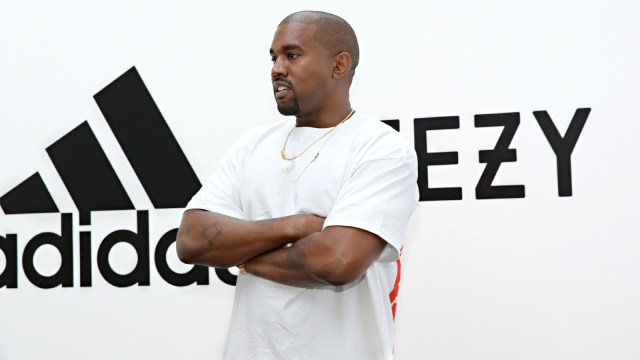 Adidas announced on Tuesday that it was finally cutting ties with Kanye West, after weeks of mounting pressure following the disgraced rapper’s recent string of antisemitic rants. But even though Adidas eventually made the right call, not only are people now calling out the company for doing too little, too late — but they’re also dredging up its unbecoming history and ties to the Nazi Party in 1930s Germany.

West, who legally changed his name to Ye earlier this year, had already been called out or dropped by Balenciaga, his representation at Creative Artists Agency (CAA), high-powered celebrity attorney Camille Vasquez, United Talent Agency, and Vogue editor-in-chief Anna Wintour prior to the athletic apparel manufacturer’s decision.

“Adidas does not tolerate antisemitism and any other sort of hate speech,” the company said in a statement. “Ye’s recent comments and actions have been unacceptable, hateful and dangerous, and they violate the company’s values of diversity and inclusion, mutual respect and fairness.”

“After a thorough review, the company has taken the decision to terminate the partnership with Ye immediately, end production of Yeezy branded products and stop all payments to Ye and his companies,” the statement continued. “Adidas will stop the Adidas Yeezy business with immediate effect.”

Perhaps if Adidas had acted more quickly, it could have avoided plummeting stock and bad press. But it didn’t, so suffice to say a lot of people are just now learning that the founder of Adidas, Adolf “Adi” Dassler (the company name is literally a mashup of “Adi” and “Das”), and his older brother Rudolf had joined the Nazi Party in May of 1933 and likewise became members of the National Socialist Motor Corps paramilitary organization.

Furthermore, that early incarnation of Adidas even outfitted the Hitler Youth, and Adolph also served in the capacity of Sportwart for the organization from from 1935 until the end of World War II. This is all press that could have been mostly avoided had Adidas just taken a stance on Ye from the get-go!

But hindsight is 50/50 and the wrath of Twitter unforgiving, so before (and even after) Adidas handed down the decision, its reputation was already being dragged through the mud by those who remember that “those who do not learn history are doomed to repeat it.”

But while most people were too busy blasting Adidas, former South Carolina House of Representatives member Bakari Sellers wondered just how antisemitic you have to be to get dropped by a company that used to outfit the Hitler Youth.

Sadly, between Ye, Adidas, and the American Jewish community, there are no winners here. The best we can hope for is that Ye gets help before someone really gets hurt.