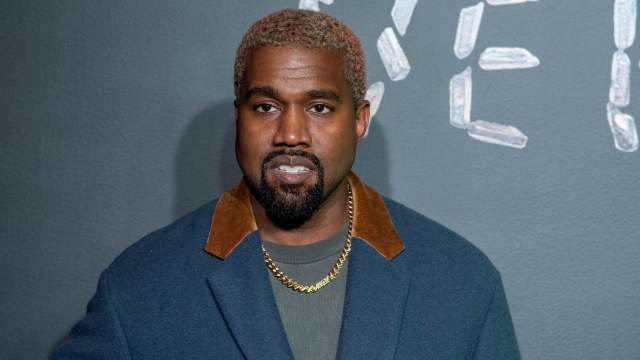 Kanye ‘Ye’ West is having a pretty bad month after making headlines around the world for antisemitic remarks and sporting “White Lives Matter” t-shirts alongside Candace Owens at Paris Fashion Week.

The billionaire rapper also recently went through the process of legally changing his name to ‘Ye’, announcing the change on social media. He then went on to post a number of alarmingly antisemitic statements online, which included comments that appeared to convey an intention to harm Jewish people. His accounts have since been locked by Twitter and Instagram and the posts were removed from the platform.

When called out on the statements, Ye seemingly doubled down and went on a number of TV shows and podcasts where he reportedly continued the hate speech in long-winded rants. This included an interview with Fox News host Tucker Carlson, a now-removed episode of the Drink Champs podcast, and an unaired appearance on the US talk show The Shop: Uninterrupted, which reportedly chose not to air the episode due to Ye’s hateful remarks.

For someone as prolific as West, who has made his billions from a number of income revenues including fashion labels and music albums, this spells trouble financially. The numerous brands and businesses Ye had been working with over the years are now publicly announcing cutting West off, with further companies expected to do the same.

The following companies have decided to end business relationships with the rapper:

Luxury house design company Balenciaga was one of the first to drop Ye with the corporate parent company Kering releasing a statement in response to the antisemitic posts:

“Balenciaga has no longer any relationship nor any plans for future projects related to this artist,” a representative told WWD.

This was a seven-year-long relationship between the brand and Ye, with the creative director Demna having worked on the Yeezy season one creative team. Since then, Demna worked closely with the Yeezy brand on a number of line releases.

Editor-in-chief of Vogue, Anna Wintour, has publicly denounced Ye due to his recent outbursts and behavior. This is the end of almost a decade of partnerships, with Ye and his now ex-wife Kim Kardashian appearing on the cover of the magazine back in 2014 for their wedding.

Ye’s agent worked at Creative Artists Agency (CAA) and has now reportedly dropped the musician. This means the company is no longer representing Ye and will also not be releasing the now-completed documentary about Ye West.

The studio has stated that it cannot continue to represent and support content that encourages his platform. The following statement was also released in response:

“This morning, after discussion with our filmmakers and distribution partners, we made the decision not to proceed with any distribution for our recently completed documentary about Kanye West. Kanye is a producer and sampler of music. Last week he sampled and remixed a classic tune that has charted for over 3,000 years — the lie that Jews are evil and conspire to control the world for their own gain.”

Camille Vasquez is known for her representation of Johnny Depp during his defamation trial against his ex-wife Amber Heard. Ye had previously hired the lawyer but has now stopped working with Vasquez.

Vasquez reportedly told her firm Brown Rudnick that she was not able to represent Ye anymore. This was just a week after the company was hired by Ye and Vasquez was assigned him as a client. She has gone on to say that if Ye retracts his statements she would be more open to working with him again.

The CEO and co-founder of UTA — a talent agency based in Beverly Hills — have publicly called out Ye for his recent remarks.

“Regrettably, antisemitism, racism, and many forms of hate and intolerance are part of the fabric of society. Generally, they live as a plague eroding the health of communities and are combatted by understanding, tolerance, and the general goodness of most people.”

At one point Ye was a client of UTA, but after a year returned to CAA for representation.

The footwear and apparel label has not yet dropped Ye from his partnership deal despite the pressure from critics on social media to do so.

Even Friends actor David Schwimmer has called out Adidas, teaming up with the Anti-Defamation League to convince the brand to cut ties with West, releasing the following statement:

“In light of Kanye West’s increasingly strident antisemitic remarks over the past few weeks, we were disturbed to learn that Adidas plans to continue to release new products from his Yeezy brand without any seeming acknowledgment of the controversy surrounding his most recent remarks. We urge Adidas to reconsider supporting the Ye product line and to issue a statement making clear that the Adidas company and community has no tolerance whatsoever for antisemitism.”

Whether or not the company will drop West is likely to become evident within the coming days.