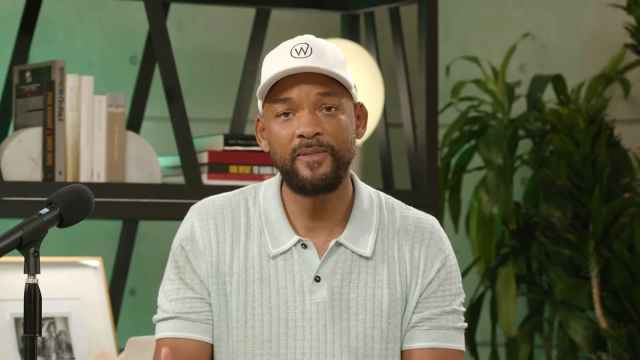 After months of silence, and a decade ban from the Academy, Will Smith has finally publicly spoken out about slapping Chris Rock at the 94th Academy Awards back in March 2022. Rock was presenting an award for Best Documentary Feature, which Summer of Soul (…Or, When the Revolution Could Not Be Televised) won, but before he announced the nominations for the award, Rock in his preamble made a joke about Jada Pinkett Smith, and even though Will Smith seemed amused at first he took offense to the joke, walked on stage and slapped the comedian.

The joke was tied to Jada Pinkett Smith’s struggles with alopecia, which causes hair loss. The reference to the 1997 Demi Moore film G.I. Jane may have seemed innocuous at first, and from Rock’s perspective, it most likely was. But nonetheless, the slap occurred, with Will Smith yelling at Rock from the audience afterward. Smith went on to win the Academy Award for Best Actor for his role as Richard Williams in King Richard.

In a video titled “It’s been a minute…” on Will Smith’s personal YouTube account, Smith answered a few questions that fans had been asking since the incident took place. A large part of the video was Smith taking the time to apologize, not only to Chris Rock, but to Rock’s mother Rosalie Rock, and brother Tony Rock, as well as to Ahmir ‘Questlove’ Thompson — who accepted the award for Best Documentary Feature — and to all the members of the Academy.

In the video, Smith confirms that he has reached out to Rock to apologize, only for Rock to reject his request, by saying that he was not yet ready to talk to Smith. After months of mulling, and the event largely falling out of the public consciousness, should Will Smith be forgiven after he clearly shows remorse in his apology video? The answer is complicated, as all matters of this nature should be.

First, he reacted on a public and global stage, affecting everyone in the room and everybody who was watching at home. Then when Smith accepted his award for best actor, he did not address the slap or take the time to apologize to Rock. If Jada Pinkett Smith or Will Smith were offended by the joke, there were better avenues they could have taken to call out Rock. For example, Will could have just yelled at him like he did after the slap occurred, and not slapped him at all. There was no reason for Smith to react violently.

A large part of why this event captured the public consciousness, was not just because the event was violent and unexpected. Everyone on the internet had a differing opinion on the incident, but you also need to think about the fact that everyone involved in the incident brought different backgrounds and histories into the situation. It was not as black and white as a man getting offended on behalf of his wife, otherwise, comedians everywhere would get slapped on almost every stage in the world. Ricky Gervais’ cheeks would be much redder.

For example, even though Rock has said in the past that it would take money for him to ever address the situation, you can’t discount how he must have felt in the aftermath of the slap. After all, the actor and comedian produced a television show — Everybody Hates Chris — about his childhood, which included frequent bullying and beatings, to the point where it affected his schooling. If you view the slap with that backdrop in mind, you might be able to infer that the slap may have infantilized Rock, while bringing up past trauma.

Will Smith has also had a large career, one which has undoubtedly been affected by any of the troubles in his personal life, including his well-documented marital issues with his wife. An episode of Pinkett Smith’s talk show which streams on Facebook, Red Table Talk dealt with their relationship, and her ‘entanglement’ with their son Jaden Smith’s friend, August Alsina. The news of the affair and the subsequent talk between the couple sparked a new ‘Will Smith crying’ meme.

You know Smith from Bad Boys, Men in Black, Independence Day, Suicide Squad, I Am Legend, Ali, and Aladdin from 2019. What you might not know is that this was his third Academy Award nomination — and his first win — despite being a leading man for the last twenty-five years. This would have caused at least some semblance of nerves at the ceremony, waiting to see whether or not he was recognized by his peers for his work in King Richard. This combined with his marital issues would no doubt have exacerbated his reaction, although it is of course not an excuse.

Jada Pinkett Smith on the other hand you may know from her roles in Scream 2, Menace II Society, Girls Trip, and for her portrayal of Niobe in the Matrix series of films. She also starred as Gloria the Hippo alongside Chris Rock as Marty the Zebra in the Madagascar series of films. This does not necessarily mean that Rock and Jada Pinkett Smith were the best of friends but they at least had a professional relationship before this incident, and Jada herself has said the two should make up.

Should we as an audience forgive Will Smith? It’s up to each individual person, but Smith has clearly shown remorse, said he was wrong for what he did, and is working on himself. It’s clear that the slap affected him as well, and if he had thought a little more about what he was going to do that night before he did it, it seems like he definitely wouldn’t do it again. It’s understandable if you think of the situation when you view any of his work, but largely we should all at least consider forgiving the actor if you do still harbor negative feelings toward him.

Should Chris Rock reach out to Will Smith and forgive him? Well, that depends. No matter what you did, if somebody slapped you in a room full of your colleagues, and that slap was then viewed hundreds of millions of times, while people also tore you down and claimed that you deserved that humiliation for whatever you did, would you forgive that person? It should not be that easy for Rock to accept Will’s apology for what he did and it does not seem like it is that easy.

Sure, there’s a chance that Rock watches the video, sees Smith’s condition, and sympathizes with him, leading Rock to reach out so the pair can bury the hatchet. If that is the case good for them both. But we shouldn’t blame Rock for not reaching out, because it simply isn’t up to us. The one thing onlookers can hope for and should hope for is that the pair bury the hatchet. And who knows – we might get an episode of Saturday Night Live with Chris Rock as host, and Will Smith as the musical guest out of it.