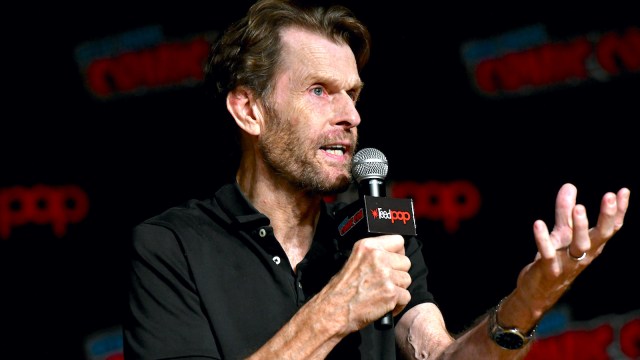 The news of Kevin Conroy’s passing has sent mourners around the world into a state of grief. The legendary voice actor, who is best known for his animated performances as the comic book superhero Batman, died at the age of 66, according to reports from his former coworkers.

In response to his untimely passing, messages of grief and shock have flooded the internet, with numerous people using the phrase “Rest in Power” to bid the actor farewell.

The expression “Rest in Power” is a spin on the traditional Christian usage of “Rest in Peace,” and has been associated with celebrities like Chadwick Boseman, who passed away in 2020 from colon cancer, and those who lost their lives at the hand of oppression, like 47-year-old George Floyd, who was murdered by a white police officer in 2020 and sparked a national and international conversation about systemic racism.

The phrase “Rest in Power” has been historically reserved for members of the Black community and the Black LGBTQ+ community and is a solidarity statement that represents an afterlife that is free of the oppression and social injustice members of the community have endured since the U.S.’s birth. As such, the usage of the expression in relation to Conroy has rubbed several people the wrong way.

The public’s use of the phrase in association with Conroy is sent further into complication as it coincides with the funeral of the 28-year-old rapper, Takeoff, who was shot and killed last week outside a bowling alley in Houston, Texas. “Rest in Power” messages poured in through every crevice of the internet following the news, as they have once more now that the musician is being laid to rest.

Conroy’s passing and Takeoff’s funeral have also been met with reports of the tragic passing of watermelon-smashing prop comedian Gallagher, who passed away at the age of 76. Like Conroy, fans are remembering him with the phrase “Rest in Power.”

In life, Conroy identified as a gay man. He was frequently open about his experience living through the AIDS epidemic in New York City and even wrote a critically-acclaimed DC Pride anthology collection titled Finding Batman.

The fact that he was gay, and likely endured elements of homophobia during his life, does not give mourners license to use “Rest in Power” as a farewell, however well-meaning. It is not a personal attack on Conroy, Gallagher, or White people, nor is it a matter of comparing oppressions. Instead, it is about honoring the origin of a phrase that was never intended to be used outside a very specific community of people. It is a matter of respect.