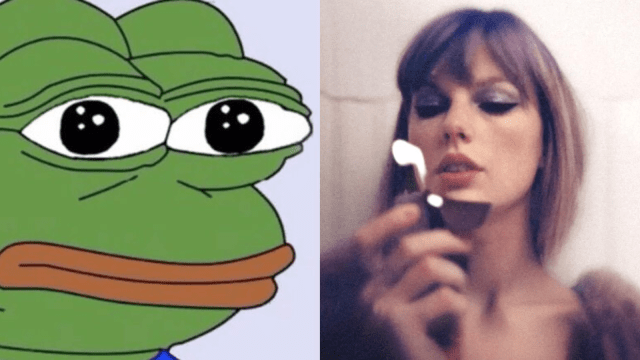 At the stroke of midnight on Oct. 21, Taylor Swift sent the music industry into a state of mayhem with a collection of 13 (well, actually 20) songs that comprised her 10th studio album Midnights. The internet has since been ablaze with reactions from Swifties and those who simply appreciate good music. Even Spotify crumbled from the chaos, briefly crashing upon Midnights‘ release.

Swift, who is known for presenting vastly different personalities with each new album, took an about-face turn from the spirit and tone of her eighth and ninth sister studio albums, Folklore and Evermore. With Midnights, Swift returns to her Reputation roots, tossing jabs and insinuations at people from her past.

And Swifties are here for it. Following the album’s release, social media has been flooded with memes of every shape, color, and size. Here are 10 of the best memes currently occupying the internet, starting with the bare-bones truth: Midnights — and by extension Taylor — is not just an album, it’s lifestyle. No… a religion.

So much so that people around the world shuffled their feet into work the following morning, sleep deprived but otherwise on cloud nine.

Midnights is, as we call it, a no-skip album, thanks in large part to the one and only Jack Antonoff, Swift’s fellow songwriter and producer.

Swift and Antonoff have no doubt just emerged from their basement — ahem, we mean studio — welcomed by a horde of fans with the light of the sun in their eyes.

It doesn’t matter what’s going on in life, Midnights is here to comfort you.

Ascend to the heavens that is Midnights, young padawan. Let it take you over.

Bask in its glory. Revel in its beauty. Hold tight to the magic that is Swift’s songwriting.

If you do, you might just find your ears dipped in gilded gold, for that is the effect Taylor Swift has on ear drums.

And then, succumb to the emotions Swift so rudely makes you feel.

After you’ve wiped your tears and powdered your nose, it’s time to toss your hair back and drag those thigh-high boots out of the closet because it’s time to enact some “Vigilante Sh*t.”

It doesn’t matter if it’s midnight or mid-morning, Taylor Swift has officially arrived with what many are calling her best album yet. That’s a high bar to set given the success of heavy hitters like 1989 and Folklore. Then again, if anyone’s going to outdo Taylor, it’s Taylor.