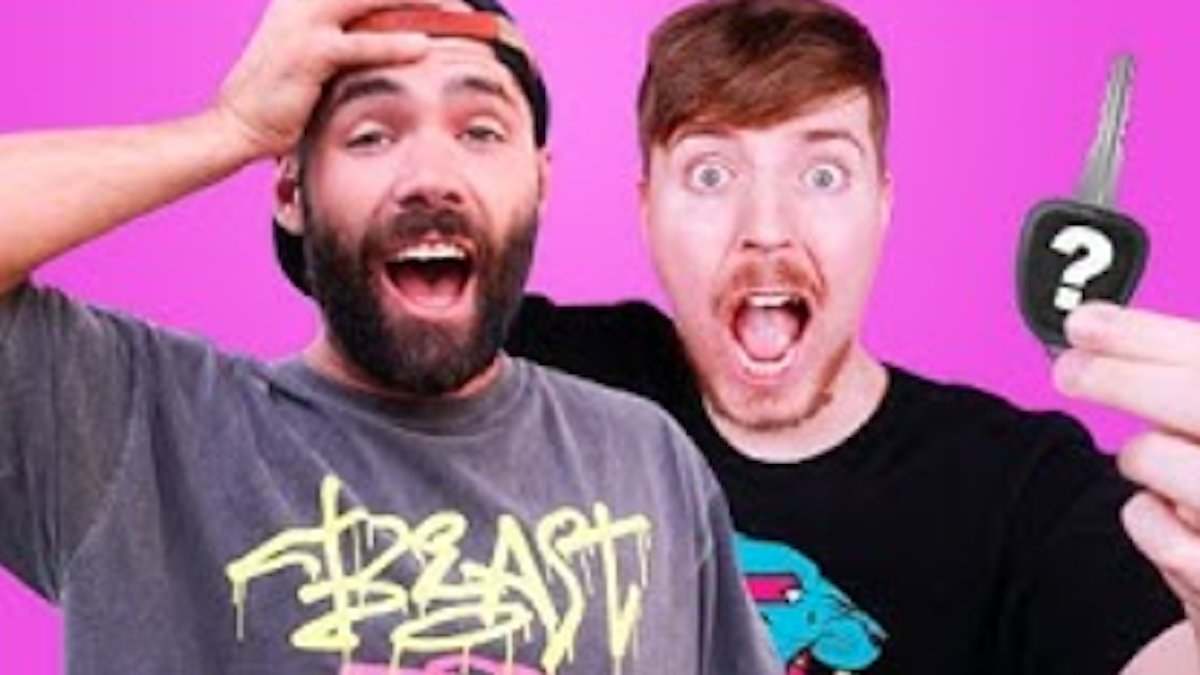 In 2022, YouTubers found wild success on the app and broke new ground, showing us what can be done with a handheld camera, a phone, and some decent audio and editing equipment. From simple how-to videos to the intricacies of filmmaking to some mind-blowing new concept, YouTubers provide an abundance of engrossing content. The last year has brought us film reviews, as in the case of husband/husband team Fish Jelly, internet commentary like Tiffany Ferg‘s “Internet Analysis” series, cooking channels, and more.

With their own imaginations their only limitations, these are the 10 most popular YouTubers of 2022.

Who else would have the courage to pull off such stunts as a $1,000,000 obstacle course with 14 of his best friends, re-create Willy Wonka’s chocolate factory, or eat the world’s largest slice of pizza? All this and more is a snap for MrBeast, aka Jimmy Donaldson. And he does it all while making us laugh our butts off. Beast himself is laughing all the way to the bank, as Forbes‘ cover boy reportedly rakes in $76.9K – $1.2M per month.

21-year-old Nicholai Perrett has been pulling pranks and just generally doing all of the things we would be doing if we weren’t so caught up in having jobs and stuff since 2019. No slouch, Nich has over 10,631,985,551 video views on YouTube. He is currently dating actress Zoe Colletti, who features in many of his zany videos.

Eric Decker, aka Airrack, has been entertaining us on YouTube for 17 years. While others of his ilk have an air of “just doing this for laughs,” Decker has more of an ambitious vibe.

He’s hosting the World’s Largest Pizza Party on Jan. 18, 2023, at 5:00 pm PST at YouTube Theater, 1011 Stadium Drive, Inglewood, CA. You can get a Skip the Line ticket for $55. Although the event is free, the ticket guarantees your spot. His followers, known as the Mafia, have reached the lofty goal of 10M members. The event is an attempt to break the Guinness World Record for the World’s Largest Pizza Party. Airrack and his crew will be performing, so you can imagine what that might mean.

Since 2013, Ryan Trahan has been pulling pranks, issuing challenges, and even hosting his own game show series. At just 24, he’s already a successful YouTuber in addition to business owner.

The popularity of these creators could easily be self-serving, but many, like Trahan, choose to use their unique abilities to garner attention from the masses to pay it forward. His series, “I survived on $0.01 for 30 days,” a fundraising stunt, raised $1.4M for Feeding America, a coalition of more than 200 food banks across the U.S.

Isaiah Photo, known for his fixation on wrestler-cum-movie star The Rock, started his channel in 2016. In this short amount of time, he’s amassed an impressive following.

In 2020, Isaiah lost Mr Beast’s “Get This Random Person 1,000,000 Subscribers” contest, but he still managed to reach that milestone a year later.

A gamer, much of his content consists of “I survived” videos. Many of his challenges are physical and involve sports and fitness, and he claims to have successfully taught his dog how to play chess.

Brent Rivera got his start in 2009 on Vine. The 24-year-old is also a successful entrepreneur, podcaster, and starred in the Hulu series Light as a Feather. Ever the philanthropist, he ordered “The things that shouldn’t be sold on Amazon,” so we don’t have to.

With 5.16B views of his videos, there are no flies on him. And that’s fortunate, because his mouth is open in nearly all of his thumbnails.

19-year-old Dan Rhodes has been YouTubing since 2015. Just this month, he made an appearance on the Today Show and performed magic tricks for Hoda and Jenna. His book, The Magic, published this year, chronicles his love of magic and gives useful advice on how to become a successful content creator. His road to stardom began in 2019 when he was a contestant on Britain’s Got Talent.

YouTube sensation Luke Davidson was known primarily from TikTok when he uploaded his first video to YouTube in 2020. His videos consist mostly of challenges — with hilarious results — like the “Don’t look away challenge,” or one of his more popular uploads, “I bought my dream house at 19 years old,” in which he repeatedly thanks the viewers for making it possible.

Primarily a gamer, fans love watching Cory DeVante Williams play all the way through the top games as they come out. Originally known for his comedy sketches, Williams started his channel in 2009. By 2014, he was uploading gaming videos and found success with the demand in the genre. Even though he does upload regularly, he takes frequent long-term hiatuses, perhaps adding to his mystique. His fans, known as “The Shogun,” refer to the 30-year-old as “The Shogun Himself,” and admire him for his positive attitude and his humor.

24-year-old Ian Boggs’ fans are known as the INB – The Ianation Battalion. Not afraid of self-deprecating, his latest upload, “Reacting to my old videos,” racked up 30K views in the first 7 hours. A frequent traveller, he shares his nomadic adventures in videos like “I ate only Japanese vending machine foods for 24 hours,” and “I survived 24 hours in a Tokyo capsule hotel.”

He’s a self-described “creator, director, dancer, artist, athlete, photographer and so much more. I’m just a human being like everyone else. It wasn’t until I stopped caring what other people thought of me that I truly accepted myself for who I am and started living life on my own terms.”

Perhaps this attitude is what his fans love about him.