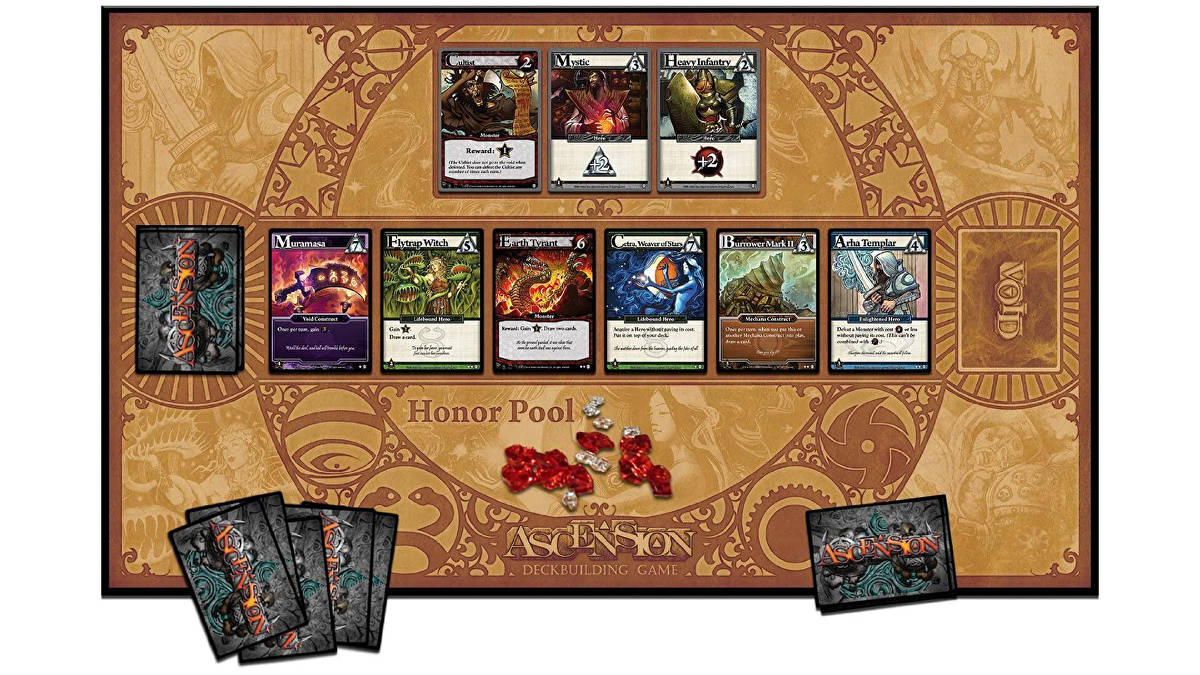 Whether you’re a deck-building master looking for a new challenge or a newcomer looking to get into this dynamic board game genre, there are many deck-building games out there to consider.

Some deck builders are great for cooperative play while others have a focus on strategic conflicts, creating in-game rivalries against friends. With secret plans, exciting gameplay, and beautiful cards, there are an abundance of brilliant deck builders out there. We made a list of some of the best deck-building games so you can get started sooner.

Specifications
For the beginners wanting their first deck-building journey: Dominion is a staple starter board game with a steady growth of depth and complexity as you build cards. As the 2nd Edition of the original Dominion — which helped start the deck-building genre — every card has beautiful artwork with game rules streamlined better for less confusion.

Within a minimum of 30 minutes of playtime, you can play between two to four players as monarchs hoping to create a vast kingdom with immense resources or as people opposed to the sad collection of wealth at the start of the game. Regardless of experience with deck-building board games, you can’t go wrong with trying out Dominion because of its solid and slowly addictive design.
Why We Recommend
Today’s Best Deals
See on Amazon

Specifications
The next game is Ascension: Realms Unraveled, a deck-building board game with a multi-faction-based design where cards can belong to more than one faction – unlocking vast combinations of powers and abilities. This version of Ascension is a self-contained base game but can combine with other base sets within this board game line to expand on your ongoing playthroughs.

While multi-faction cards are the main feature in Realms Unraveled, players will garner huge rewards when playing cards from the same faction in a single turn. Also, with the transform mechanic from past iterations, permanently upgrading cards can make them more powerful – making encounters between two to four players competitive and fresh for 30-45 minute gaming sessions.
Why We Recommend
Today’s Best Deals
See on Amazon

Specifications
For those seeking an intense and thrilling dungeon-delving experience, Clank! satisfies that need for map exploration and deck-building in one. Between two and four players can push into sprawling underground lairs in search of treasure, but the kicker is that a looming dragon is waiting for the party to slip up as they continue to try their luck.

Careless movement draws the dragon nearer to the players, with each artifact stolen heightening its rage. To make things competitive, whichever players snag an artifact and escape to a nearby town before anyone else gets a handsome reward — perfect for testing friendships.
Why We Recommend
Today’s Best Deals
See on Amazon

Deploying powerful ships one turn can quickly lead to blowing up enemy bases and eventually watching your resources get the boot on your opponent’s turn – following an aggressive cycle of who can stand the heat. It’s rich and easily capable of grabbing long hours of your weekends, designed with an 80 card main deck and two full-color rule sheets.
Why We Recommend
Today’s Best Deals
See on Amazon

Specifications
If you want a hardcore strategy deck-building game that slaps your hand for reckless decisions and challenges your leadership skills, Undaunted: Normandy is perfect for you. Within the backdrop of D-Day on the beaches of Normandy, you’re the person leading the American troops as they push deeper into France and drive German forces back.

Cards will allow you to seize the initiative, bolster your men, and control them on the battlefield. Between building your deck and losing cards throughout your campaign, Undaunted becomes a game about balance and solo management even through the most heated firefights.
Why We Recommend
Today’s Best Deals
See on Amazon

Specifications
Featuring a slew of Marvel heroes and villains, Legendary has nearly 600 cards with original character artwork, paying homage to the Comics universe. Players can choose between the likes of Spider-man, Wolverine, Loki, Dr. Doom, and much more – no matter if they’re a hero or villain.

In this fast-paced solo or group experience, you’ll play in different scenarios with scalable difficulty. Regardless of whether you settle with the base game or add other expansions on top of it, you’re sure to gain many hours under your belt from its detailed mechanics and fun design.
Why We Recommend
Today’s Best Deals
See on Amazon

Specifications
Last on our list is Aeons End, featuring a standard base game with expanded editions and expansions for one to four players to encounter epic boss battles. Cooperation is the name of the game here, and building your deck to accommodate your team or yourself is crucial to combat success.

However, your deck can never be shuffled and follows an ever-changing player order, creating chaotic circumstances in battle. Deck management for fights becomes important since every card is meaningful to the experience. Also, each player will face a nemesis they will encounter, all designed with a specific setup to defeat them and requiring high levels of strategy.
Why We Recommend
Today’s Best Deals
See on Amazon

Discovering which deck-building board game is best for you is tough, but we’re sure our list will get you started on your next game in no time!

This article includes affiliate links, which may provide a small compensation to We Got This Covered.