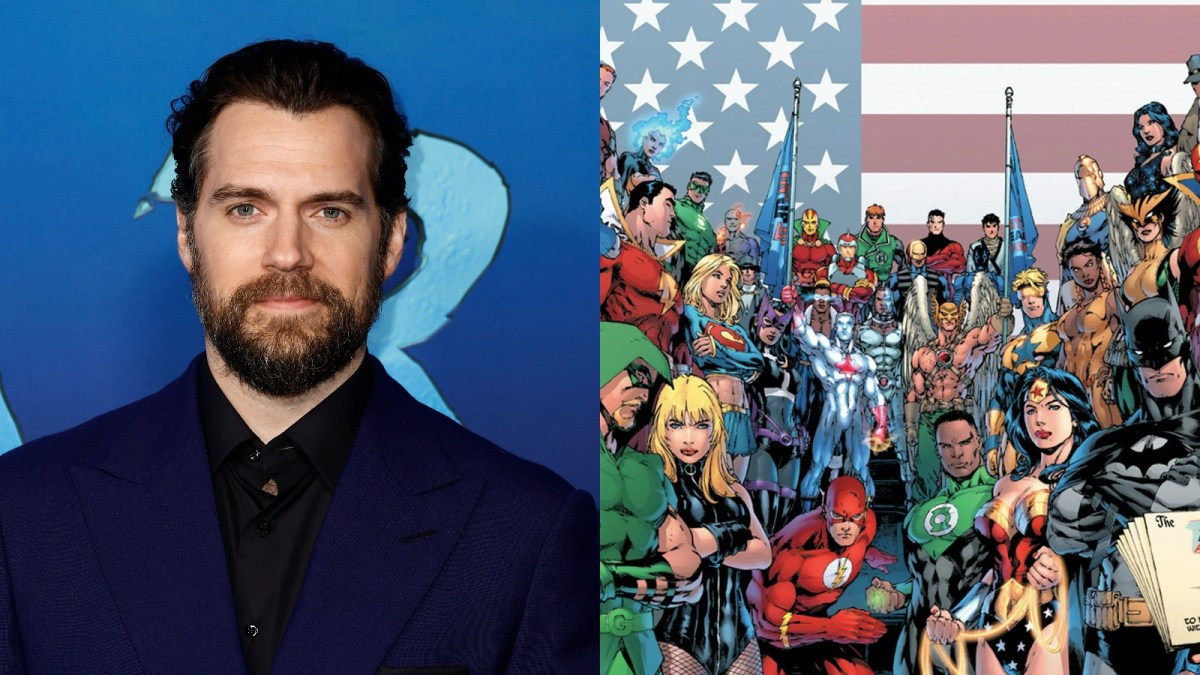 DC fans are in mourning all over again following the confirmation that, just weeks after announcing he was back in the game, Henry Cavill is officially out as Superman. Naturally, superhero lovers aren’t ready to let him go, however, which has led to much speculation that he could hop over to the MCU instead and join the rival team over at Marvel Studios.

But it’s worth revisiting new co-CEO of DC Studios James Gunn’s response to Cavill’s exit, in which he clearly states that he and producing partner Peter Safran talked with the Enola Holmes actor “about a number of exciting possibilities to work together in the future.” So while Cavill might’ve made it sound like he was done with all things DC, that’s not necessarily the case.

In that vein, then, who else in the whole, wide DC universe could Henry Cavill play who isn’t Superman? Here are 10 options that could be perfect for him now he’s said goodbye to the Big Blue Boy Scout.

All right, so Cavill’s not the DCU’s main Superman, but remember the multiverse exists, so we can’t say for certain he won’t show up as a variant of the Last Son of Krypton. For one, James Gunn has hinted several times now that he’s cooking up something based on Kingdom Come, which famously stars an older Kal-El. Yes, Cavill’s a little young for this role, but so was Brandon Routh in The CW’s “Crisis on Infinite Earths,” and that worked out fine. Just dye his temples grey and no one will notice.

Alternatively, the other obvious thing to do to bring Cavill back into the Superman universe but not have him in the cape and tights himself is cast him as a villain. Enter Bizarro. Clark Kent’s disfigured doppelganger has been interpreted in many ways over the years, sometimes being a comedic character and other times a tragic anti-hero, so there’s a lot of potential there to give Cavill a fascinating role to sink his teeth into outside of just talking in broken English.

An even more on the nose callback to Cavill’s tenure as Superman, though, would be to cast him as Ultraman, the evil version of the hero from another Earth. Fans couldn’t get enough of the confused Black-suited Supes in Justice League, so having him as Ultra-Man would essentially be delivering more of that as he would get to play a character who’s the polar opposite of the Man of Steel. Bonus points if he’s joined by Ben Affleck, Gal Gadot and the rest of the OG League as the Crime Syndicate.

If Cavill can only commit to a brief return to the DCU, however, here’s another perfect Superman-flavored role for him. How about casting him as Kal-El’s Krytonian biological father, Jor-El? Sure, the doomed scientist is typically portrayed as a little older than Cavill’s 39 years, but remember Gunn’s reboot is going to focus on a younger Clark, so someone of Cavill’s age bracket would be brilliantly suited to bring Jor-El back to life. Alternatively, he could even be the next Jonathan Kent!

Here’s a left-field idea. Following Jason Momoa possibly being booted from the Aquaman franchise in order to take on a different DC character, everybody’s assuming he’s playing Lobo, someone else Gunn has hinted he’s eager to utilize. But, just to play devil’s advocate for a moment, what about Cavill as Lobo? Sure, he’s not as spot-on a match for the part in looks and personality as Momoa, but once he’s decked out in the make-up and the hair, he might not be a bad fit for the Main Man.

Xolo Maridueña is playing Jaime Reyes in the upcoming Blue Beetle movie (which, as far as we know, is still releasing), but it’s so far unknown if Ted Kord, the Silver Age Blue Beetle, will likewise feature in the film. If he doesn’t, then the door is open for Cavill to play Kord in a future project, maybe a buddy movie with Booster Gold. Kord is typically portrayed as leaner of physique and geekier of persona than we associate with Cavill, but he could certainly make the role his own.

With Dwayne Johnson’s plans for Black Adam unfortunately going down the toilet, it’s unclear whether James Gunn wants to pursue the Justice Society of America. If he does, however, then Cavill could be a great choice to fill out its ranks. Out of the team’s many members, one that stands out as a strong pick for him is Wildcat, the former boxer turned superhero. Having Cavill play one of the DC universe’s toughest non-powered vigilantes would be a neat subversion of his Superman past.

Cavill has played all kinds of roles over his career so far, from superheroes to spies to detectives, but we’re pretty sure he’s yet to portray a cowboy. Gunn could give him the opportunity to tick this off his bucket-list, however, if he hired him as Jonah Hex. Again, the producer has suggested he’s looking to reboot the bounty hunter and scrub the memory of Josh Brolin’s terrible 2010 movie from our memories, and Cavill could be a bit of really interesting casting as the underrated DC anti-hero.

DCU continuity is extremely thorny right now, so perhaps the simplest solution to finding a new place for Cavill would be to stick him in The Batman universe, which we know is self-contained. So which Bat-verse character would be the best fit for him? How about Hush, a character who’s whole purpose is to be a dark mirror of Bruce Wayne, in much the same way that Superman is a sunnier version of the Dark Knight. Imagine how fans would react if Robert Pattinson and Henry Cavill faced off in The Batman 2?

The absence of the Green Lantern Corps from the films (barring a John Stewart cameo in Zack Snyder’s Justice League) since 2011 is one of the great crimes of the DC franchise, so that’s something that Gunn needs to rectify right away. Seeing as we’re in need of a new Hal Jordan, then, how about replacing Cavill’s red cape with a green power ring and hiring him to reboot the Lanterns in the new, improved DCU? In many ways, Cavill’s straight-backed, square-jawed heroism is a better fit for Jordan than Ryan Reynolds’ irreverent take.