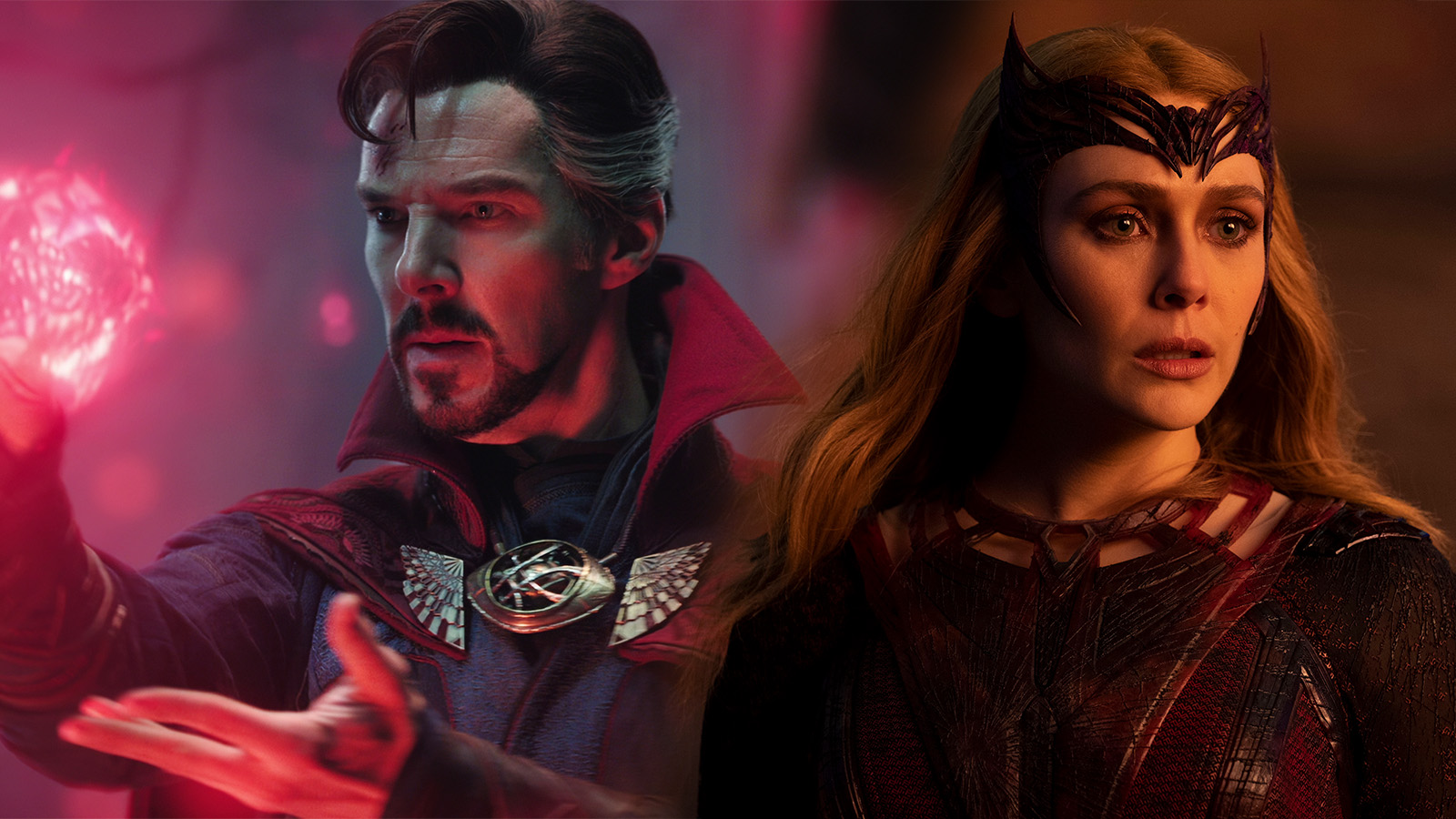 Doctor Strange in the Multiverse of Madness is set to release soon and Marvel fans are excited at the prospect of some of their favorite characters making a cameo, via some multiversal shenanigans. With some of the trailers seemingly teasing characters that would make up the Marvel group called the Illuminati, fans are certain that the Illuminati will come together in the film. So let’s break down who the Illuminati are and what they do, before looking at which characters might appear in Doctor Strange in the Multiverse of Madness.

Who are the Illuminati?

The Illuminati are a Marvel team from the comics who are made up of all the brightest minds the Marvel universe has to offer. The group was created in New Avengers #7 in 2005 by Brian Michael Bendis and Steve McNiven. The first roster of the Illuminati included Professor Charles Xavier, Doctor Stephen Strange, Tony Stark / Iron Man, Reed Richards / Mister Fantastic, and Namor. Although over time the group has evolved and members come and go.

The Illuminati came together when there were massive threats against the Earth, debating on what the right course of action to take would be in any given scenario. Even though this think-tank was made up of the brightest minds in Marvel, their decision-making skills were not always the greatest. One such decision was sending The Hulk away from Earth to make sure he couldn’t hurt anyone which started the events of Planet Hulk and eventually World War Hulk.

Over the years, the core group has been joined by other smart members, or the group has been formed by others. Let’s take a look at which characters that once featured on the Illuminati’s roster might appear in Doctor Strange in the Multiverse of Madness.

It’s unclear which of those versions of Doctor Strange will sit with the Illuminati or if another variant might be a part of the group instead. Or Baron Mordo could fill in for the Sorcerer’s position as the trailer does show Mordo where the Illuminati will most likely be seated. Either way, it is a safe bet to think one sorcerer will be on the Illuminati’s roster.

A character who is yet to appear in the Marvel Cinematic Universe, Professor Charles Xavier is almost guaranteed to make his MCU debut in Doctor Strange in the Multiverse of Madness. As heavily alluded to in the trailers for the film, Sir Patrick Stewart will seemingly be reprising his role as the wheelchair-bound telepathic leader of the X-Men from the X-Men series of films.

Because Marvel is choosing how subtle they want to be with their teases of the film, it is unclear as to which variation of Professor X, Sir Patrick Stewart will be playing. As a golden hovering chair was spotted in one of the last clips released for the film it is actually more likely that Stewart will be playing the version of the character from the X-Men animated series from the 90s.

Fans have been vocal about wanting to see Chris Evans return to the Marvel Cinematic Universe, even if it were for just a cameo. Rather than returning as Captain America, most fans have been speculating that Evans may reprise his role in a small cameo as the Human Torch reprising his role from Fantastic Four.

What could happen instead is Captain America does not make an appearance while Captain Carter takes his place as a member of the Illuminati. Captain Carter first appeared in the Disney + animated series What If…?. An episode of the series told the story of what would happen if Peggy Carter took the super-soldier serum instead of Steve Rogers, with Haley Atwell reprising her role by voicing the character. If she were to be in Doctor Strange in the Multiverse of Madness it would mark Captain Carter’s first live-action appearance and if a recent promo from the film is to be believed, we may see just that. The character Captain Britain was also a member of the Illuminati at one stage, so she could be taking his spot as well.

There are two Enchantresses in Marvel comics, with the new Enchantress, Sylvie Lushton being a part of one form of the Illuminati group. Lushton was created by Paul Cornell and Mark Brooks in 2009, first appearing in Dark Reign: Young Avengers #1. Sylvie was a member of the Young Masters, the evil counterpart to the Young Avengers and she was given magical abilities by Loki.

Now strictly speaking the Marvel Cinematic Universe hasn’t introduced an Enchantress yet, but the character Sylvie, as played by Sophia Di Martino in the Loki Disney + series, was an amalgamation of Enchantress and Lady Loki. So maybe we’ll see Sylvie pop up in the film, sitting on one of those chairs as a member of the Illuminati.

Beast has never appeared in the Marvel Cinematic Universe but he did appear in multiple X-Men films, played by both Nicholas Hoult and Kelsey Grammer. The chances of seeing either of these actors reprise their roles as the blue scientist, Hank McCoy, are most likely quite low, but after hearing Patrick Stewart’s voice in the trailer for the film, you shouldn’t take a Beast appearance completely off the table.

Marvel has also stated that they intend to have the X-Men in the MCU. When they will introduce them is unknown, but a movie about the multiverse would be a good way to introduce mutants to the MCU, even if it was just with a few cameos. One has to wonder if we might not see Elizabeth Olsen suit up as a mutant version of the Scarlet Witch.

Black Panther was often associated with the Illuminati, as the group first came together at Wakanda, but he does eventually join the group later down the line. While the members were all smart each brought their own area of knowledge to the table, with T’Challa bringing his statesmanship.

However, it would seem unlikely that Black Panther would make an appearance in the film due to Marvel choosing not to recast the character after actor Chadwick Boseman’s death. However, in place of having T’Challa as a member of the Illuminati, it might make sense to have his sister Shuri take his place instead.

Another character who is unlikely to appear as a member of the Illuminati but fans would be very excited to see is Iron Man. Of course, Tony Stark was played by Robert Downey Jr. in the Marvel Cinematic Universe and he last appeared in Avengers: Endgame where he died saving the world by snapping Thanos’s forces away. It would be great if we could get a small cameo appearance from Robert Downey Jr. playing a different multiversal version of Tony Stark, but after his departure in Endgame, his return to the franchise this soon is unlikely.

Another possibility is a variant of Iron Man to appear as a different actor. Fans think Tom Cruise, who was originally up for the role of Tony Stark for the first Iron Man film, might cameo as a version of the character. Again, this could happen but is quite unlikely, especially if the character were just to appear in the one film.

Reed Richards is yet to make his appearance in the Marvel Cinematic Universe, alongside the rest of the Fantastic Four. Mister Fantastic, known for his stretch abilities, is also a scientist and one of the brightest minds in the Marvel universe. While he hasn’t been introduced yet, there is a new Fantastic Four film on the way, which will introduce the team to the MCU. We could also see the previous iterations of Reed, which were played by Ioan Gruffudd and Miles Teller, but that would be very unlikely.

As the film is still a while away, as director Jon Watts only recently stepped down, we do not know who will be playing Reed Richards. The top pick for the role among fans seems to be The Office actor John Krasinski who originally auditioned for Captain America in the MCU. Fans also want actress Emily Blunt to be Sue Storm / The Invisible Woman, who is the wife of Reed Richards, as the pair are married in real life. Seeing any glimpse of Richards might be unlikely in Doctor Strange in the Multiverse of Madness, but it would be a great cameo to see him sitting with the Illuminati nonetheless.

Namor the Sub-Mariner is one of the oldest characters in the Marvel universe, first appearing in Marvel Comics #1 in 1939. The character was created by Bill Everett and was later retconned as a mutant, but Namor was also the King of Atlantis. For those unfamiliar with the character, think of him as Marvel’s version of Aquaman, even though Namor was created first.

Namor has not appeared in the Marvel Cinematic Universe so far but the odds of him being introduced into the MCU soon are quite high. As Marvel keeps introducing characters, it would be weird if they kept the King of Atlantis away from the MCU for too much longer. There have also been a couple of references to Atlantis in the MCU, so while a Namor cameo as a member of the Illuminati is unlikely, it isn’t impossible.

However, there is another. After Avengers: Infinity War, Bruce Banner was determined to resolve his issues with the Hulk. In Avengers: Endgame a new version of the Hulk debuted, one who had the mind of Bruce Banner but the power of the Incredible Hulk, dubbed Professor Hulk. This version or an alternate version of this Hulk could appear as a member of the Illuminati and his appearance would make sense amongst the other members.

Hopefully, the Illuminati does debut in Doctor Strange in the Multiverse of Madness with at least a few of these characters having cameos in the film. We might not get many of these characters in the film, even if the Illuminati proves to be a major plot point Either way, we’ll find out soon when Dr. Strange in the Multiverse of Madness comes to theatres on May 6, 2022.