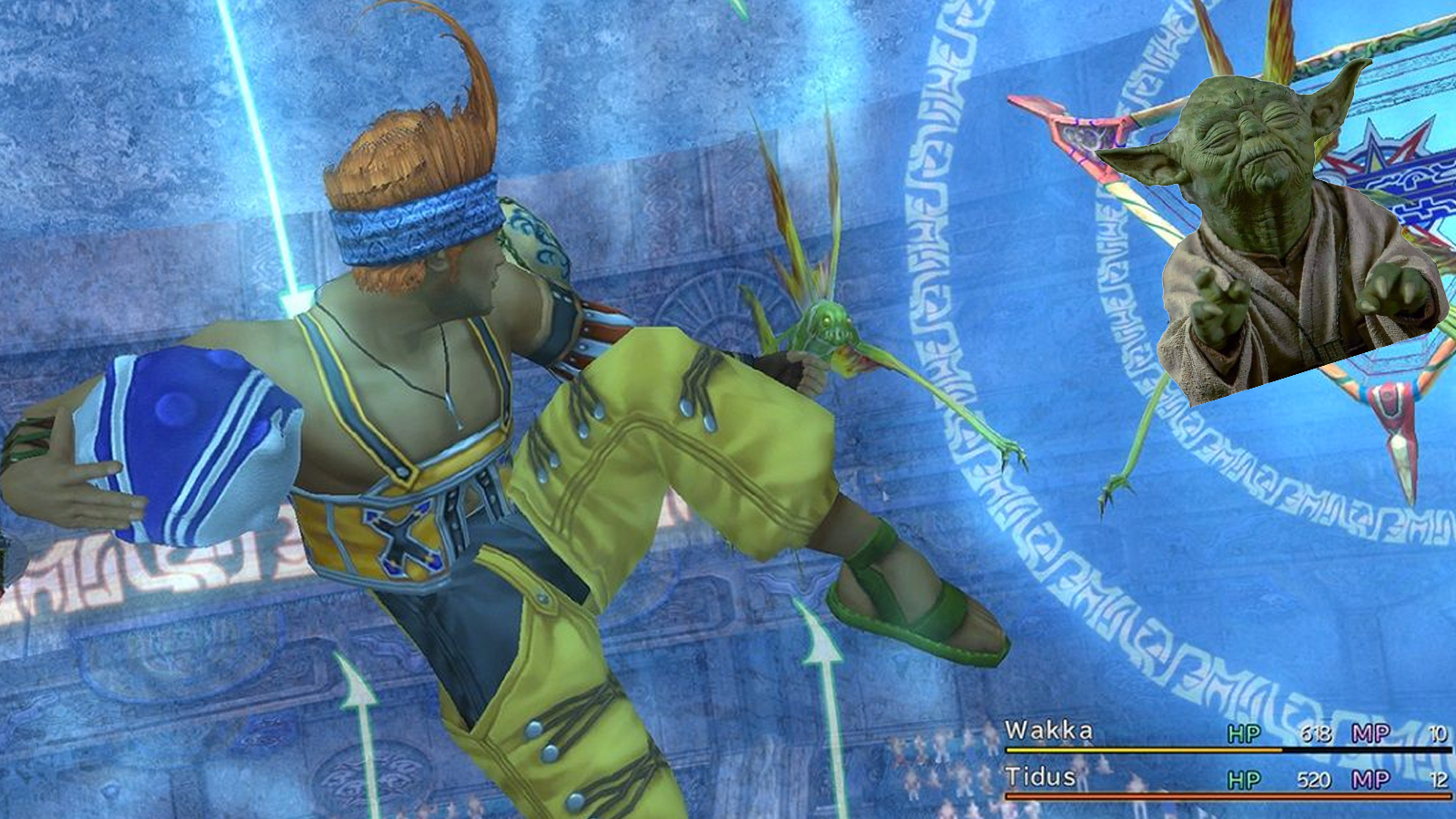 In what reads as niche fan-fiction, Final Fantasy X‘s Blitzball is official canon in *checks notes* the Star Wars universe. Yep, you read that right. Can someone fetch Auron a lightsaber already?

Star Wars novelist Mike Chen took to Twitter earlier this month to reveal a number of easter eggs in his recently released book Star Wars: Brotherhood. Chen makes a reference in the book to the underwater waterpolo-like sport in the game, clarifying the reference was intentional.

“There’s a reference to a sport called Blitzball played in a local lake. Blitzball is basically underwater hockey played as a minigame in Final Fantasy X. As a former NHL writer, I freaking loved Blitzball and spent hours winning leagues.”

Avengers: Infinity War is the most ambitious crossover event in history? Watch the Wookie Warriors throttle the Zev Rossos and get back to me, babe.

Chen realized his comment had been picked up by video game reporters this week. He then read an article claiming the fictional water sport was more like soccer than hockey and disagreed.

“Apparently my Blitzball easter egg in Brotherhood is making the rounds in video game media? Here’s why I compared it to hockey, not soccer: it’s five v five, three forwards and two defense. Hockey strategies apply to draw out defense, cross passes for slot shots, stretch for one-time shots, etc.”

Now, if only we could see the cast of Obi-Wan Kenobi in the sphere pool too. Speaking of, Star Wars fans were stunned to learn hoodies exist in space and have been heavily debating the identity of the new show’s sinister villain.