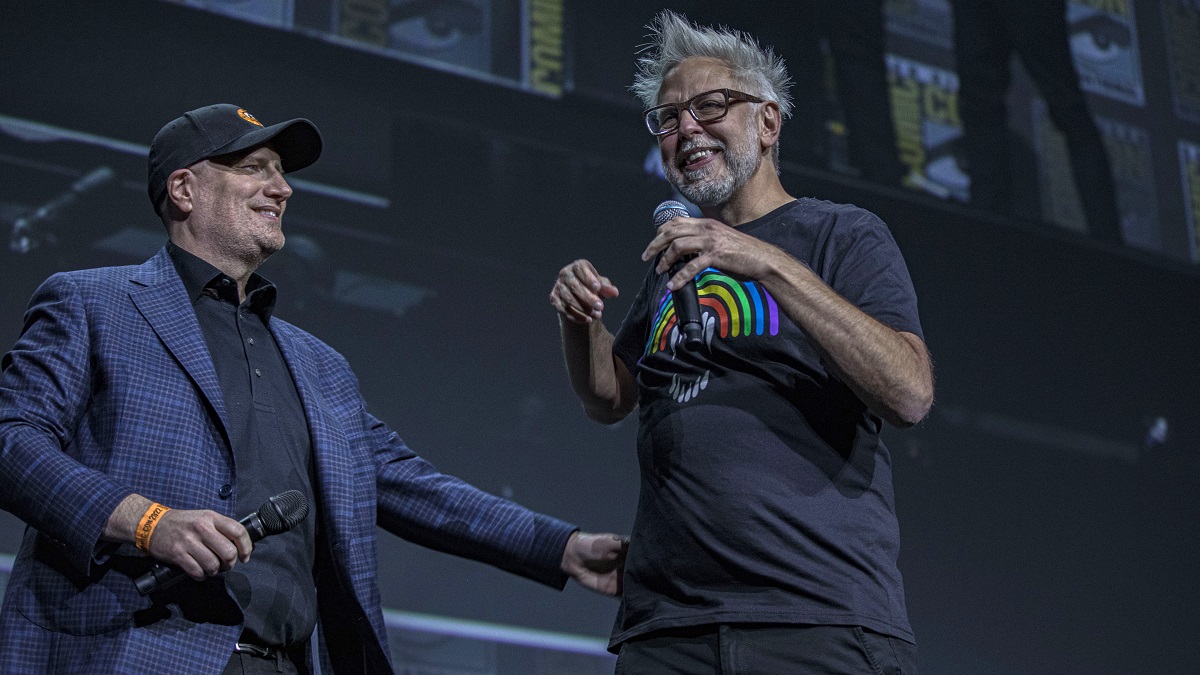 Apparently, being the most successful producer in the history of cinema isn’t enough to get you a lifetime pass, at least if an angry section of the Marvel Cinematic Universe fandom is to be believed.

Besides calling for the head of Kevin Feige, there’s also been criticism aimed at an entirely digital creation for potentially leaking subtle spoilers for one of the franchise’s most hotly-anticipated upcoming releases, while James Cameron’s relentless takedown of the MCU continues, and Brie Larson caused a minor stir thanks to some semi-permanent ink.

As always, there’s never a dull moment when it comes to the world’s biggest superhero saga, and that’s not going to change anytime soon.

Having gone from an associate producer on Bryan Singer’s X-Men to the chief creative officer of the Marvel media machine – as well as the mastermind behind the most lucrative film and television franchise there’s ever been – in little over two decades, Kevin Feige’s place in the history books is secured.

And yet, because Phase Four didn’t deliver the consistent quality many fans had come to expect from the MCU, it’s been asked whether or not he should gracefully step aside and let somebody else take the wheel. As you can imagine, the hot take generated plenty of spicy opinions.

Brie Larson indulges in some temporary tattoo work, proving you should always read the caption

No stranger to lighting a fire under social media, Brie Larson supporters were forced to do a double-take when the MCU’s Captain Marvel unveiled a full sleeve tattoo on Twitter, underlining why you always need to read the accompanying text to a tweet.

As it turns out, the ink was only temporary, but that didn’t stop plenty of folks for assuming the Academy Award winner had gone under the needle to cover her entire arm, even if it transpires that it’s not going to be a lifetime commitment.

Helpful/malicious Time Variance Authority employee Miss Minutes has an online presence that’s every bit as duplicitous as her storyline in Loki, so it’s no surprise that the hologram has been denying accusations of leaking Ant-Man and the Wasp: Quantumania spoilers online.

We’re all going to bow down to Kang the Conqueror eventually, and we’ll be under his rule until Avengers: Secret Wars, but Miss Minutes is adamant she won’t be the one giving the game away.

Having continued its unstoppable ascent up the all-time box office rankings, Avatar: The Way of Water has now surpassed Spider-Man: No Way Home to become the sixth highest-grossing movie ever made.

Not content with being the director of half of cinema’s top-earning sextet, James Cameron only has Avengers: Infinity War and Endgame left to beat when it comes to Avatar vs. the MCU, and he’s guaranteed to defeat at least one of them.

Another day, another weird and wonderful variety of stories to emerge from the MCU, so be sure to check back tomorrow to see what’s next.