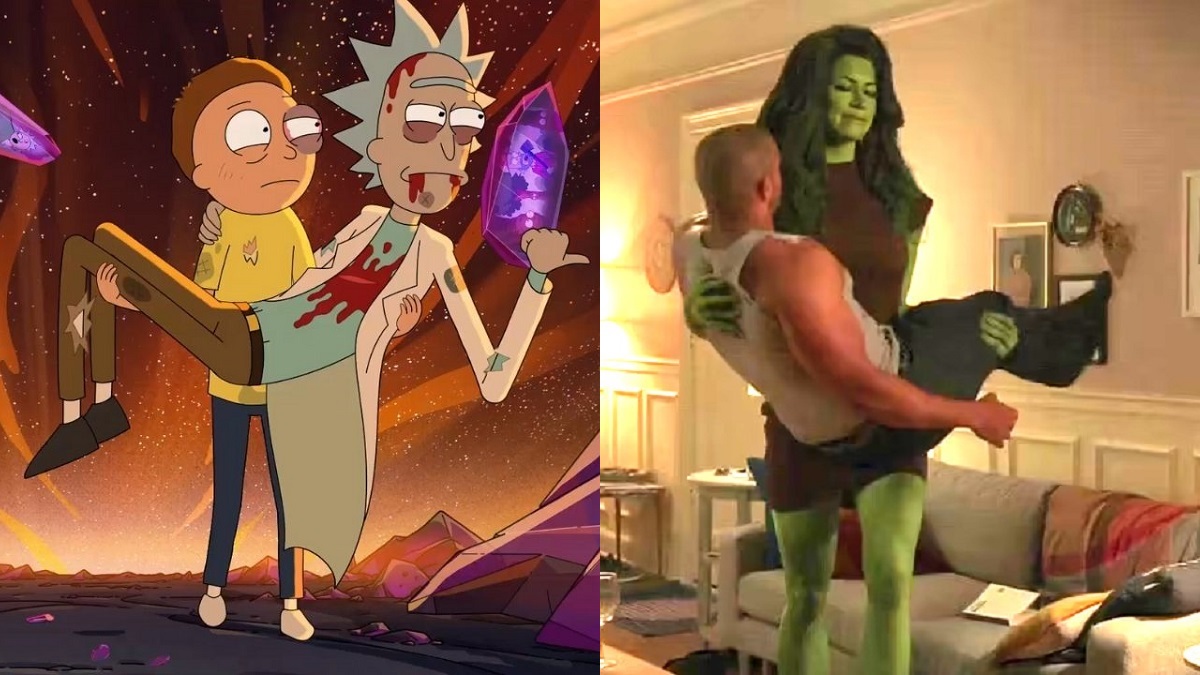 Rick and Morty is about to make a very steep and sudden fall from grace, but it’s threatening to stain the MCU on its way down. Elsewhere, Ant-Man and the Wasp: Quantumania and The Marvels have just become that bit clearer for fans as major new details have emerged on both of those upcoming Phase Five movies. But first, prepare yourselves to feel sorry for the most evil man in the universe as Marvel turns its back on its former first-rate foe.

Marvel throws Thanos under the bus in order to compliment Kang

Remember when Marvel had Thanos kill Loki to prove that he was the biggest bad the Avengers had ever faced, not the God of Mischief? Well, the studio can’t repeat that trick with Kang ’cause the Mad Titan is already dead, but they’re doing the next best thing by throwing some serious shade on the Endgame villain. Ant-Man and the Wasp: Quantumania writer Jeff Loveness has dismissed Thanos as a “big purple CGI guy” while praising Kang as bringing a more developed “humanity” to the table.

The downfall of ‘Rick and Morty’ is even staining the MCU, thanks to the two franchise’s long shared history

As is plain for all to see, Rick and Morty is facing a serious crisis right now in the wake of Justin Roiland’s domestic violence charges, not to mention co-creator Dan Harmon’s own past controversies coming back to haunt him. Unfortunately, the animated series’ downfall is even staining the MCU as well, thanks to the massive and generally unspoken impact the Adult Swim show has had on the Marvel universe over the years in a myriad ways.

An Ant-Man and the Wasp: Quantumania mystery that may have been bugging you has finally been solved

Try and name all the characters in the cropped Ant-Man and the Wasp: Quantumania poster above. You probably got them all… apart from that curious character with the glowing orb for a head standing on a rock. The identity of this individual has been stumping fans throughout the threequel’s marketing campaign, but now we finally know who they are — and, surprisingly, they are a familiar face, albeit in a new form. Meet Veb, one of the Freedom Fighters aiding Team Ant-Man in the film, voiced by an MCU veteran.

Speaking of mysteries being solved, one of the biggest questions fans have had going into The Marvels is what exactly are we supposed to call Monica Rambeau? The heroine has various alter egos in the comics, so it’s been unclear which one Teyonah Parris’ character would go by in the MCU. Although we’re not supposed to know yet, the answer appears to have been let slip by Marvel Comics writer Eve L. Ewing, who revealed the studio instructed her to use a specific moniker for Monica in her new comic.

Be back here tomorrow, Quantumaniacs and Marvels mavens, for another generous helping of the latest Marvel news around.