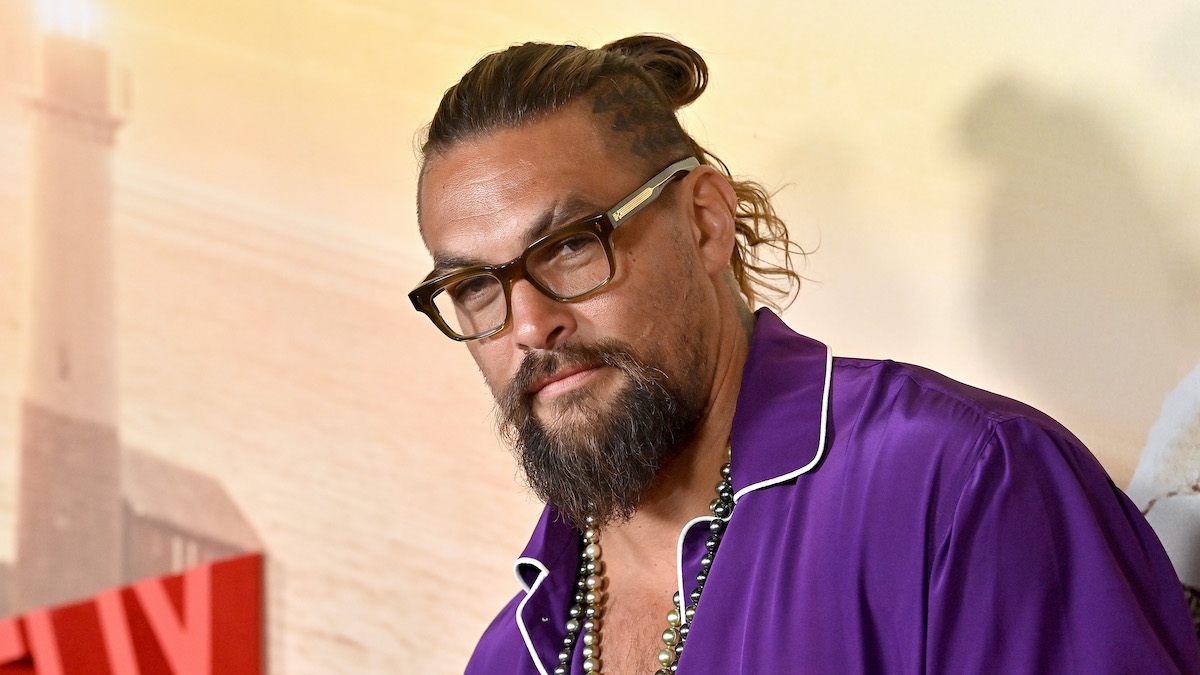 Deep down, we always knew that the DCU was in need of a major overhaul. Many even went so far as to suggest that the competition required its own Kevin Feige, a person to take control of the interconnected cinematic universe and make sure that all the pieces of the puzzle clicked together in perfect harmony and coherence.

For the Justice League and their numerous enemies, that person turned out to be none other than the most successful DC director to date. But be careful what you wish for because many of James Gunn’s recent creative decisions have managed to provoke the ire of the fanbase, the most recent example of which are rumors surrounding Jason Momoa and his future as Aquaman.

Meanwhile, fans begrudgingly find a hero in the expansive DC roster that would be perfect for Chris Pratt if his inclusion in the future of this venture is indeed inevitable. Read about all of these developments and more below.

Rick and Morty creator Justin Roiland is facing serious charges of domestic violence, and the internet being what it is, social media has spent the last couple of days unearthing every scrap of salacious dirt they can find on the creative. The extent of these controversial findings is painting a grimdark image for the future of Rick Sanchez and his grandson Morty Smith, but the fandom is just shrugging off the concerns and doing what it does best — making fun of the situation — which is, frankly, quite on-brand for the franchise.

Indeed, the fandom has apparently come up with the perfect solution for Rick and Morty‘s future. The producers should just fire Justin Roiland and kill off the two titular protagonists. Who is going to replace them, you ask? Why, the best character on the entire show, Jerry Smith. Maybe we could even get that Invisible Garbage Truck Jerry spinoff greenlit. The possibilities are endless.

The Last of Us premiere episode made us cry our eyes out and introduced viewers to their next apocalyptic survival horror obsession, but the journey is only beginning. After losing his daughter and living in the end times for 20 years, Joel meets a young girl called Ellie. The Fireflies task him with taking the girl across the country to one of their hideouts, and our protagonist sets out to do just that with the help of his friend Tess.

To prepare us for the second episode on Sunday, HBO has just released almost a dozen promo images that tease what’s to come for the trio. Perhaps the most exciting part is that we’re finally going to see our first live-action Clicker. Since these fungus-infected creatures have always been more terrifying than your run-of-the-mill zombies, you could probably cut the palpable anticipation in the fandom with a knife.

After dismissing Henry Cavill as Superman and saying see-you-never to the planned Wonder Woman threequel, Aquaman is the last standing member of the original Justice League team that needs to be integrated into the creative’s encompassing plans. Recent rumors seem to suggest Gunn is going to recast Aquaman and use Jason Momoa to portray Lobo. While we can admittedly see the actor portraying the interstellar bounty hunter, given just how much they look alike, not a lot of people are in favor of this switcheroo.

In fact, some are describing such a transition as the “biggest downgrade of all time” and we can’t help but agree. For the moment, Gunn is playing coy and even teasing fans by neither confirming nor denying the hearsay, so we can do nothing but wait until he’s ready to unveil those grandiose plans.

What can we say? The internet just loves to hate on Chris Pratt. The least-favorite of Hollywood’s endless Chrises is once again the centerpiece of a ferocious online debate, this time involving the DC Universe. James Gunn has expressed interest in getting as many of his Guardians of the Galaxy ensemble into the DCU as possible, and that must naturally include Pratt. It goes without saying that the fandom is scared out of its wits.

Bringing ourselves to accept the inevitable, the only question that remains is this: Who is he going to play? We can’t see him portraying Superman, and his status as a star essentially limits Gunn to a roster of important players and main characters. Well, if social media had to pick someone, they’d want Pratt to portray one of the Green Lanterns.

Confusing the two Avatar franchises has ever been an honest mistake that most people simply gloss over, but now that James Cameron has confirmed there’s a tribe of fire-based Na’vi out there — to be portrayed in the third movie proper — the online community can’t help but wonder if the filmmaker is deliberately burrowing into Nickelodeon’s acclaimed animated series.

Now, a new theory on Reddit is attempting to exonerate the franchise by alluding to the Chinese thought school of Wuxing. Indeed, after depicting “water” in earnest, the Avatar series is just going to move onto “fire” and then “earth.” Lastly, the fifth and final movie, which Cameron has confirmed will take place on our own planet Earth, will deal with “metal” and focus on the duality of technology as a force for good or evil.

That’s as reasonable a theory as any we’ve heard in a while, but let’s not forget that Cameron still has a long way to reach the conclusion of his ambitious narrative. That is if the next two movies manage to reach the same box office heights as their predecessors, The Way of Water now being one of them.