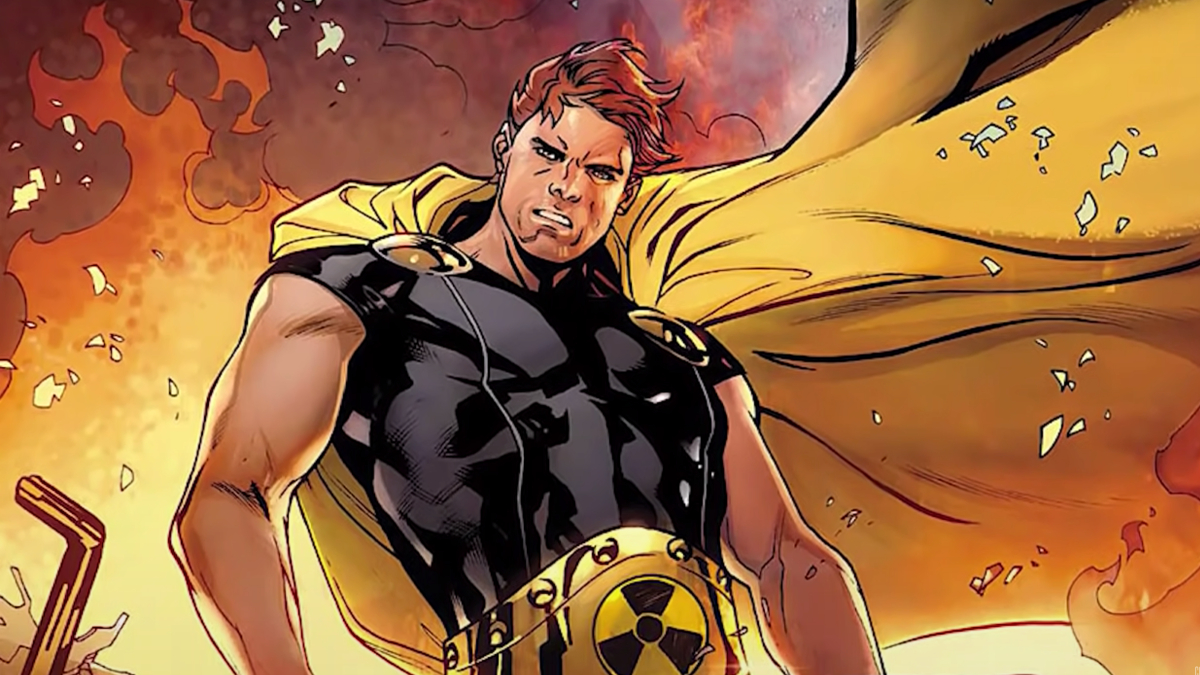 Of all the films Marvel has slated to release in Phases Five and Six of the Multiverse Saga, it’s safe to say there’s still plenty of time for the franchise to be shaken up in a big way.

Now that the MCU’s Avengers are gone, the Guardians of the Galaxy are on their way out — at least the ones from the Infinity Saga — and the X-Men are gearing up for an exciting entrance, there is essentially a laundry list of players that could potentially hit the chessboard, and none would elicit a reaction quite as large as Hyperion.

Who is Hyperion and what is his origin story?

Hyperion is Marvel’s version of DC’s Superman, plain and simple. There have been various incarnations of the character throughout the comic book’s multiverse, including one that is created by the Grandmaster out of extradimensional energy, but aside from that iteration, the character’s origin follows a similar trajectory.

He is sent to Earth as the sole survivor of a dying race — Eternals — from a dying planet. Raised by human parents, he soon discovers he possesses incredible abilities such as superhuman strength, speed, flight, x-ray vision, enhanced hearing, superhuman durability, and atomic vision, among many others. Basically all the traits we’ve come to associate with Superman.

Like the Man of Steel, Hyperion goes on to join a group of superheroes called the Squadron Supreme. For those who haven’t been initiated into the lore, the Squadron Supreme is Marvel’s version of the Justice League. Over the years they have taken various shapes including villains, heroes, anti-heroes, and everything in between, but the team itself includes Hyperion, Nighthawk, Power Princess, and Doctor Spectrum. They of course are meant to mirror their DC counterparts: Superman, Batman, Wonder Woman, and Green Lantern.

Since Hyperion has a history with Eternals, and the Squadron Supreme has a history with both the Thunderbolts and Mephisto, the latter of which has been frequently rumored for the MCU, the likelihood of him joining the franchise feels less like a rumor and more like fate, especially since the Eternals are now a part of the cinematic universe.

Eagle-eyed fans have been on the lookout for any and all mentions of the character and how exactly the MCU could insert him into the equation. Several theories have emerged in the process, all of which have their own individual merit.

Following Black Panther: Wakanda Forever, insider KC Walsh posted an image to her Twitter account of the Squadron Supreme and the Thunderbolts. While no context was given, the message came through loud and clear. The Squadron Supreme, and by extension Hyperion, could very well show up in the MCU’s Thunderbolts.

Indeed, the official plot for Thunderbolts has been kept under lock and key, but rumors have maintained that the film has cast an “evil Superman” in some capacity. Also, it might include a Vibranium war story arc.

The rumor of an “evil Superman” has stuck for quite some time, evoking backlash from fans who can’t seem to wrap their head around the MCU’s roster of Thunderbolts being able to take out the blonde baddie and the Squadron Supreme. Of course, the “evil Superman” in question might not actually be Hyperion if another rumor is to be believed, but we digress.

All in all, Hyperion’s Thunderbolts rumor remains uncorroborated as of this writing, but Thunderbolts seems to be the place where most fans are training their sights. As for Loki season two — well, Henry Cavill actually already addressed that rumor.

Could Henry Cavill be the one to play Hyperion in the MCU?

For almost as long as Hyperion has been rumored to join the MCU, Henry Cavill has been mentioned in the same breath, and why wouldn’t he? Who better to play Marvel’s version of Superman than DC’s former Superman himself? It’s true that Cavill would do the part brilliantly, but unfortunately, he shot down rumors that he would be in Loki season two during an episode of Josh Horowitz’s Happy Sad Confused podcast in Oct. 2022.

“As far as I know, I’m not going to be in Loki,” he said with characteristically methodical precision. What he didn’t say, though, was anything about Hyperion. Call us conspiracy theorists, but his response mixed with that omission feels a tad telling if we do say so ourselves.

Alas, rumors remain rumors until they are officially addressed by Marvel. Our wait won’t be that much longer, though, since both Thunderbolts and Loki season two are in Phase Five of the MCU, which officially begins with Ant-Man and the Wasp: Quantumania on Feb. 23, 2022.