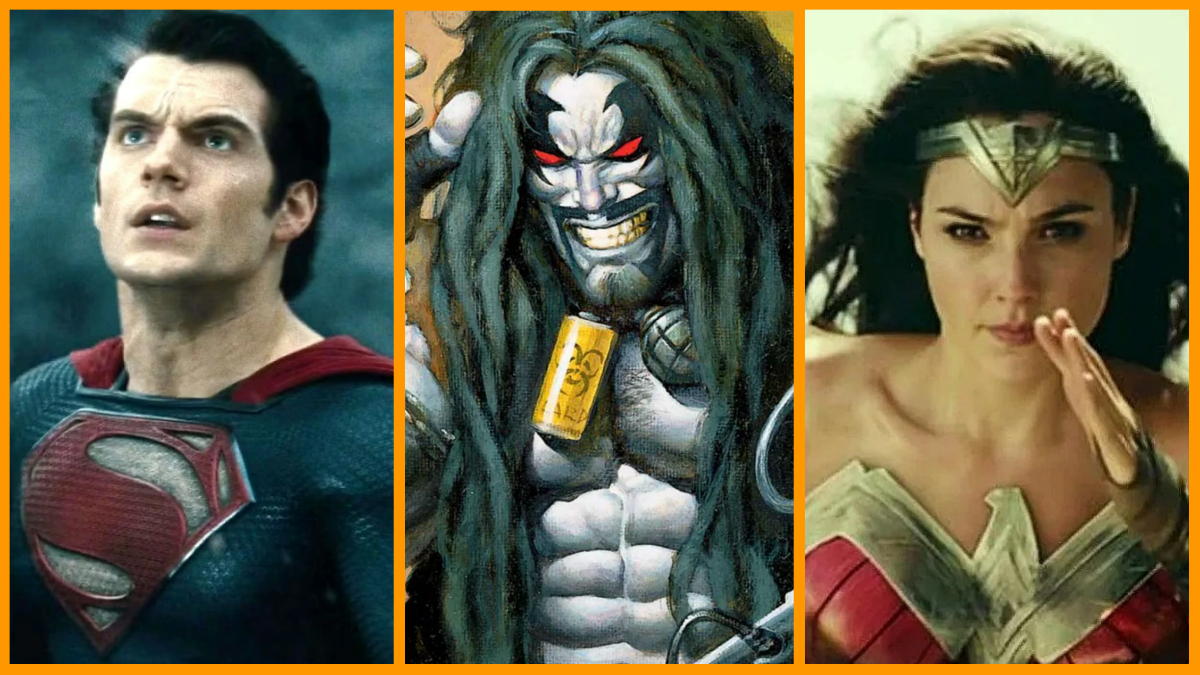 A pre-existing rumor is now being taken as all but confirmed following Jason Momoa sharing an attention-grabbing video on Instagram. In it, the Aquaman star gushes over a mystery project he’s got planned with new DC Studios CEOs James Gunn and Peter Safran, which everyone’s taking as confirmation that he really is leaving the King of Atlantis behind to be recast as Lobo.

While not everyone is totally on board with the superhero switch-up, considering that Lobo is less of an important player in DC lore than Aquaman, others are all for this left-field move from Gunn. Even if you know nothing about the alien bounty hunter, it’s clear from a glimpse at the comic book Lobo that Momoa would be fantastic in the role (plus, for those that are in the know, his anarchic spirit and punky attitude are more reasons the casting would be genius).

So if Gunn and Safran are willing to recast one of the original Justice League stars for their shiny, new DCU, could they pull the same trick with other old-school DCEU leads? Let’s for a moment imagine that they could. So which other DC characters could ex-Superman Henry Cavill and Wonder Woman’s Gal Gadot be recast as?

The future of Wonder Woman in the DCU is currently in question, as it’s known that Wonder Woman 3 is officially dead in the water surrounding Themyscira following Patty Jenkins parting ways with DC over creative differences. While Gunn has indicated he still has plans for Diana Prince, it’s not entirely clear if Gadot will stick around in the role, considering how close she was with Jenkins.

So what if Gadot was shifted over to somewhere else in the DC universe? Well, if she was, it would need to be as a character with a different moral outlook from the Amazonian princess to make it interesting. And it just so happens Gadot seems to be enjoying being bad of late, what with her femme fatale role in Red Notice and casting as the Evil Queen in Disney’s upcoming Snow White remake.

An intriguing choice for Gadot’s new DC role, then, would be Star Sapphire. While audiences might be familiar with Blake Lively’s forgettable love interest Carol Ferris from 2011’s Green Lantern, in the comics Carol has a lot more to her besides being Hal Jordan’s girlfriend and is actually most famous for turning to villainy, making use of the Star Sapphire ring, which grants her similar powers to the Lanterns.

Henry Cavill’s current situation with DC requires no re-introduction as everyone is familiar with the fact that he has officially hung up his cape and tights for good in the wake of his momentary return in Black Adam‘s post-credits scene. Gunn might be looking to move forward with a young Superman instead, but there’s still the chance that he could find room for DC diehard Cavill in a completely different role.

There are many potential characters for Cavil that wouldn’t require much of a shift from his Clark Kent persona, from Jor-El in the next Man of Steel film to Hal Jordan in the inevitable Green Lantern reboot (opposite Gadot as Star Sapphire, who knows!). However, it would be much more interesting for Gunn to rehire Cavill as an entirely different character. Enter Jonah Hex.

Cavill has played a great many hero types across his career so far, from spies to soldiers, from monster hunters to detectives, but — correct us if we’re wrong — he’s never played a cowboy before. Gunn has indicated he’s looking to scrub our memories of that terrible Josh Brolin movie from 2010 and reimagine Hex for the screen, and Cavill could be perfect casting as the scarred bounty-hunting anti-hero.

Do the rest of the Justice League have a DCU future?

As we’re on the subject, what about the chances of the rest of the Justice League being recast as well? That’s a thorny issue as, while Jason Momoa is primed to return and the door is somewhat open for Henry Cavill and Gal Gadot to do the same, the odds are much lower that Ben Affleck, Ray Fisher, and Ezra Miller will do the same.

When it comes to Miller, the scandal surrounding the actor is plain for all to see, and although Gunn has given only neutral comments about the situation on social media, the smart money is one DC cutting ties with them following The Flash. Similarly, Ray Fisher likely has too much bad blood with Warner Bros. to ever work with them again, and his relationship with Gunn himself is somewhat strained anyway.

The one who stands the highest chance of returning is Ben Affleck, although not in front of the camera but behind it. Gunn has stated that he has started conversations with the former Dark Knight to potentially direct a DC movie at some point, just as he was originally meant to do with The Batman.

All in all, the Justice League as we know them may be finished, but we could still see their faces pop up in the future of the DCU.