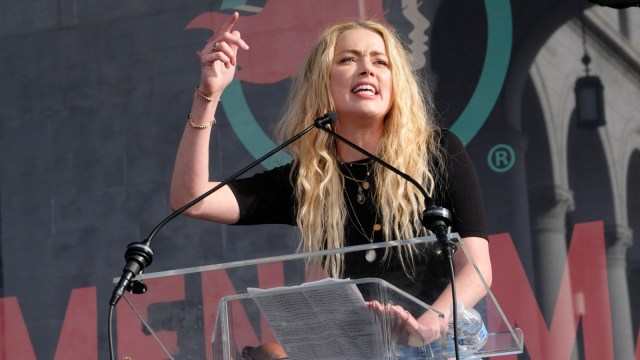 Johnny Depp fans largely felt vindicated by the outcome of the actor’s defamation trial against ex-wife Amber Heard, despite the fact that the mountains of evidence seemed to hardly paint the picture of a wholly blameless victim. As such, even though Depp continues to pick up work following the verdict, the discourse has not died down as many people continue to voice support for Heard.

The topic has become a polarizing issue, and this week the organizers of the Women’s March jumped into the fray with a lengthy Twitter thread this week about the culture of misogyny — specifically naming Depp, Marilyn Manson, and social media influencer Andrew Tate.

And suffice to say, Johnny Depp fans are decidedly not amused. By Thursday, those fans even managed to get the hashtag #ShutDownWomensMarch trending on the platform, as one does when they’re having a totally cool and normal one.

“Let’s talk Andrew Tate, Johnny Depp, Marilyn Manson, and the pervasive culture of misogyny and sexism that puts women in danger every single day,” the account tweeted on Tuesday.

After a handful of tweets about Tate, who was kicked off of Big Brother in 2016 after a video surfaced of him beating a woman with a belt, and who also expresses his deeply misogynistic views on TikTok — such as comparing women to property and having sex with teenagers — the account turned its attention back to Depp.

“Sexism and misogyny are the reasons so much of the internet believes Johnny Depp — not his victim, Amber Heard — despite ALL the evidence of his abuse,” the Women’s March fired off. It added that Manson’s ex Evan Rachel Wood received similar harassment after she spoke out against the “well documented” abuse she experienced during the course of their relationship.

Sexism & misogyny are the reasons so much of the internet believes Johnny Depp – not his victim, Amber Heard – despite ALL the evidence of his abuse.

They’re the reasons Depp’s & his buddy Marilyn Manson’s fans turned to harass Evan Rachel Wood as soon as the Depp trial ended, even though Wood’s abuse at Manson’s hands is well documented too.

“When society sees abused women as conniving bitches rather than victims and survivors, that’s rape culture and misogyny at work,” it added. “If women with the privilege and resources of Amber Heard and Evan Rachel Wood can’t be believed, there’s not much hope for the rest of us.”

If women with the privilege and resources of Amber Heard & Evan Rachel Wood can’t be believed, there’s not much hope for the rest of us.

As the thread began to go viral on Thursday, sex and culture critic Ella Dawson, who has previously written about how the verdict of the defamation trial will hurt victims for decades to come, pointed out the unfortunate and tone-deaf reason why.

Many piling on the hashtag accused the account of “defaming” Depp, who they believe to be the real victim in all this — lucrative endorsement deals, acting, and directing gigs be damned. One user even went so far as to suggest that the actor should sue the march, which … if we’re being honest, maybe don’t threaten Johnny Depp with a good time?

But the particularly insidious concern here not to be overlooked is that many of these tweets seem to be coming from women, not misogynistic male trolls, as one might expect. Even items that have come out since the trial ended, such as the fact that Depp may have manipulated photo and video evidence and that Heard walked away from millions during their divorce have not swayed his most ardent fans.

So, here we are — attacking a worldwide feminist movement over a movie star who is an unreliable narrator, at best, in the wake of the Supreme Court stripping women of their reproductive rights. Just a tremendous job from all involved.