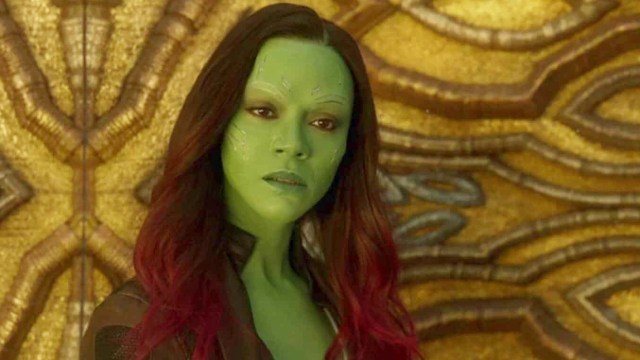 Can you believe that, in just over one week’s time, the Christmas season will officially have begun for Marvel lovers as The Guardians of the Galaxy Holiday Special is set to drop on Disney Plus next Friday? And now, ahead of this incoming festive gift from the House of Ideas, the verdict on the Special Presentation has been given as critics unwrap their initial reactions to James Gunn’s first MCU outing in five years. Unfortunately, we’ve also got some less good news for Gamora groupies…

We’ve endured so long without any proper Guardians action (their glorified cameo in Thor: Love and Thunder doesn’t count), but finally the drought is about to come to an end with Nov 25’s Holiday Special. And, as luck would have it, it sounds like the one-off is set to be a holly, jolly good time. Critics are praising the special as a standalone spectacular that balances its hilarity with real warmth, while Dave Bautista and Pom Klementieff steal the show as Drax and Mantis. That’s what we like to hear.

On the other hand, the prospect of more Guardians of the Galaxy content is bittersweet as we know that the cosmic team’s journey is about to end in next May’s Vol. 3. Sure enough, Gamora actress Zoe Saldaña has heavily hinted that she won’t be back as Thanos’ favored daughter following the threequel. While not entirely closing the door on a return, the Star Trek star has admitted she’s ready to never have to paint herself green every morning ever again. At least with Avatar, her blue skin is CG.

While we await Spider-Man 4 news, Marvel has been quietly working away on the Spider-Man: Freshman Year animated series, which would reveal Peter Parker’s MCU origins story. We did just get some exciting updates about the show at this summer’s SDCC, but a new rumor claims that Marvel has since pulled the plug on the project. And fans are desperate for this to just a lie spun by Mysterio, given the thrilling Daredevil crossovers that are set to occur.

Blade is currently scrambling to find itself a new director, but there is an odds-on favorite to take the helm of Mahershala Ali’s reboot of the Daywalker — director Elegance Bratton. Intriguingly, Bratton may have just given the game away that they indeed have secretly landed the job, as they just happened to explain how they would direct the movie if they were going to. Talking purely hypothetically, of course. Let’s hope they have got the gig and the much-anticipated film can finally get back on track.

Throw yourselves back here on Thursday, Guardians of the Galaxy gang, for more Marvel news.