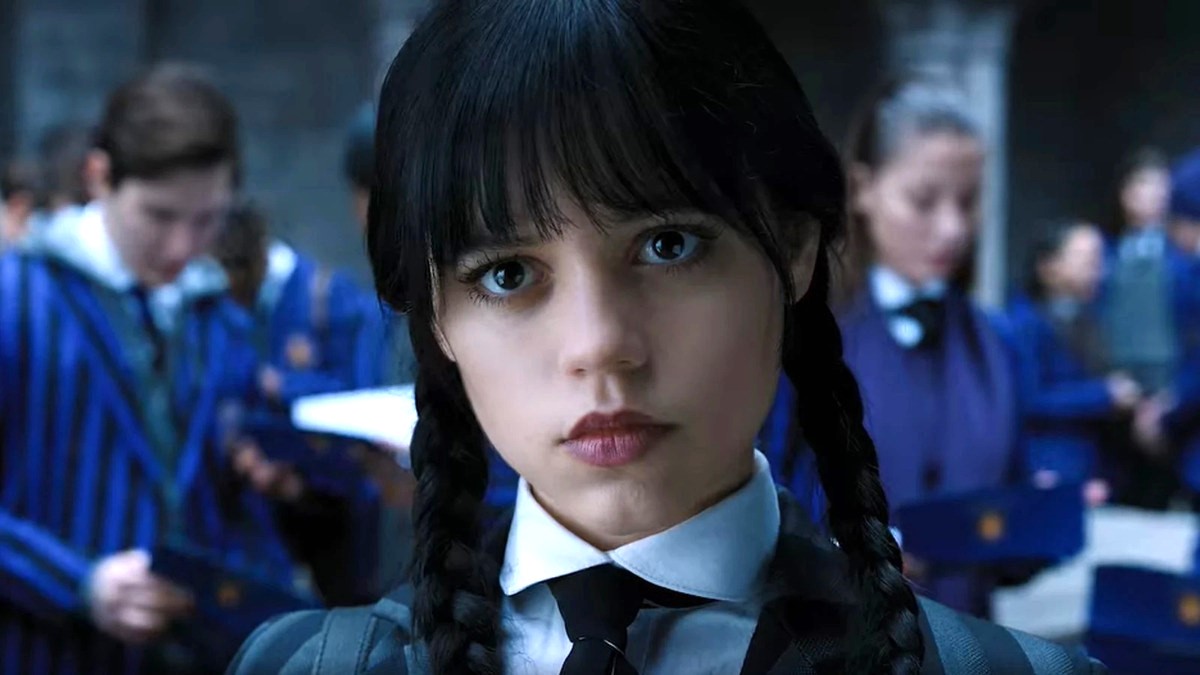 The wait is over! Netflix has finally made it official that Wednesday is indeed getting a second season. Not that there was any doubt, what with it nipping at Stranger Things‘ heels to become one of the most popular Netflix Originals of all time, but it’s nice to have it confirmed.

So, with a new batch of episodes in the bag, it’s time to start pondering what Wednesday season two could look like. Or, more specifically, what the cast could look like. Season one was blessed with an flawless ensemble cast that brought the mysterious and spooky menagerie of macabre characters to life with aplomb, and we have no doubt director Tim Burton will recruit some more top-tier talent for Wednesday’s next semester at Nevermore Academy.

But, just in case he’s looking for some ideas, here are eight actors we would love to see clicking their fingers onto our screens in Wednesday season two.

Fun fact: Hocus Pocus icon Thora Birch was originally supposed to be part of Wednesday season one, but once she was forced to pull out of the production due to personal reasons she was replaced by Christina Ricci, with her character being totally rewritten for the new actress. Birch remains a perfect match for the series, though, so with any luck she can land herself an entirely different role for its second season. Especially as we missed out on seeing her in Hocus Pocus 2… because she was filming Wednesday!

Cobra Kai has turned Xolo Maridueña into a major rising star, which the Miguel Diaz actor has already used to nab himself the lead role in upcoming DC blockbuster Blue Beetle. He would be a great candidate to join Nevermore Academy as a new student in its next season, then, hopping over to one of Netflix’s other hit shows in the process. Perhaps Wednesday’s love life could get even more complicated and he could be introduced as another Outcast boy who takes a shine to her.

Gwendoline Christie was already a highlight of season one, so how about Wednesday continues to mine The Sandman for breakout cast members for its sophomore run? If that is Tim Burton’s plan then he should immediately hire Mason Alexander Park, who ate up all the scenery as Dream’s scheming sibling Desire in the fantasy smash-hit. Park could even join Netflix’s other weirdest family unit and play, say, a cool cousin of Wednesday.

Penn Badgley is about to have a lot more time on his hands following the end of You, so why not have him reunite with his former co-star Jenna Ortega in Wednesday? Not to typecast him or anything, but it’s easy to imagine Badgley turning up as an apparently trustworthy Normie townsperson who ends up as one of the prime suspects of whatever the main mystery plaguing Jericho in season two turns out to be. Hey, if he’s not going to be Marvel’s Mr. Fantastic, let him do this instead.

The casting of Luis Guzman as Gomez in season one was a stroke of genius, as the prolific character actor was a brilliant choice to bring the Addams patriarch to life despite not being a household name beforehand. So we need Burton to pull off another casting coup like that for the role of Grandmama in season two. While there might be more famous names that spring to mind ⁠— Helen Mirren! Kathy Bates! ⁠— a brilliant choice would be Harriet Sansom Harris, recently seen over on Disney Plus’ Werewolf by Night.

Fred Armisen was a great bit of left-field casting for Uncle Fester in season one, and it’s got us thinking that his former IRL partner Natasha Lyonne would make for an excellent addition to Wednesday next time around. The Russian Doll legend would be fantastic as, say, one of Wednesday’s aunties, who comes to visit her at Nevermore much like Fester did last time. There’s no such character already in the Addams canon, but we’ll leave it to the writers to build a role around Lyonne’s talents.

Following Christina Ricci, obviously everyone wants to see other members of the 1990s Addams Family return in season two e.g. Christoper Lloyd or Angelina Huston. Let’s not overlook Joan Cusack, though, who absolutely ate it as Debbie Jellinsky in Addams Family Values. She definitely deserves another go-around in the Addams-verse in Wednesday, then, maybe as someone totally different from Fester’s Black Widow of a wife. How about having her as Nevermore’s new principal?

In the wake of Wednesday‘s release, one star more than any other was talked about by fans as the famous face they most wanted to see in season two. And that was obviously Aubrey Plaza, who’s been operating as our real-life Wednesday Addams for years anyway. Her success in The White Lotus has no doubt made her even more in demand, but we know that Plaza is a Tim Burton uber-fan so something tells us she would jump at the chance to share the screen with Jenna Ortega ⁠— who’s practically her Mini-Me ⁠— in season two.