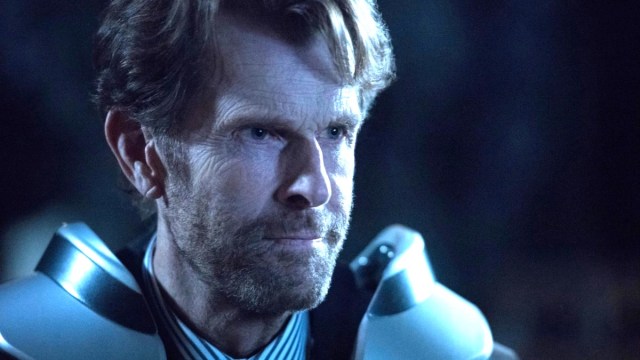 Forget Michael Keaton, Christian Bale, Robert Pattinson and the rest, the most definitive portrayal of the Dark Knight for many a Batman fan has to be Kevin Conroy. The legendary voice actor has certainly played the character more times than anyone else, appearing as the Caped Crusader across multiple media ever since first bringing Bruce Wayne to life three whole decades ago in Batman: The Animated Series, which first hit our screens in 1992.

In tragic news, Conroy has passed away at the age of 66, leaving the Batman fandom heartbroken. While our condolences go out to his friends and family, his countless fans around the globe can perhaps take solace from the fact that Conroy has such an enormous body of work that we can revisit to remember just how incredible he was as the protector of Gotham City. Whenever you read a Batman comic, it’s hard not to hear Conroy’s voice in your head.

But exactly how many different versions of Batman did Conroy play over his 30-year commitment to the character? Let’s take a look.

Naturally, it all started with Batman: The Animated Series, the acclaimed show that’s not only widely thought of as the finest DC TV effort but also just one of the greatest animated series ever made. Such was its success that, after it wrapped up in 1995 (following a rebrand as The New Batman Adventures), B:TAS spawned a sprawling franchise known as the DC Animated Universe. Other series that came under the DCAU umbrella include Batman Beyond, Justice League/Unlimited, Superman: The Animated Series, and Static Shock, all of which saw Conroy reprise his role.

Some years later, Conroy won over a whole new generation of Batman fans thanks to the super-popular Batman: Arkham games series from Rocksteady Studios and WB Games Montreal. Conroy and his frequent nemesis Mark Hamill returned as Batman and the Joker for both 2009’s Batman: Arkham Asylun and its 2011 sequel, Arkham City. After skipping out 2013 prequel Arkham Origins, the pair came back for the fourth and final installment in the saga, Arkham Knight, in 2015. A spinoff, Suicide Squad: Kill the Justice League, is due out in 2023.

Conroy made his first appearance as Bruce in a movie in 1993’s B:TAS spinoff Batman: Mask of the Phantasm, and he went on to become one of the go-to voice actors for Warner Bros.’ never-ending procession of DC Universe Animated Original Movies. Typically adapting a seminal comic book storyline, these films somewhat share a loose continuity but are mostly standalone. Conroy appeared in the likes of 2009’s Superman/Batman: Public Enemies, 2013’s Justice League: The Flashpoint Paradox, and 2016’s Batman: The Killing Joke. He also got to voice Thomas Wayne in 2015’s Batman vs. Robin.

After so long voicing the character, Conroy finally got to play Batman in the flesh, albeit it with a shocking twist, in The CW’s Arrowverse crossover event “Crisis on Infinite Earths.” The actor appeared as the Bruce Wayne of Earth-99, who had to use an exoskeleton to walk after becoming paralyzed in a fight with Superman. It turned out that this Bruce had taken his war on crime to extremes and had attempted to kill the Man of Steel. Conroy clearly had fun portraying a wildly different Batman.

Speaking of which, Conroy got to portray another wildly different Batman, this time on the exact opposite end of the scale, in one episode of the gloriously fun Batman: The Brave and the Bold. As based on a notorious Silver Age comics story, Conroy voiced the Batman of Zurr-En-Arrh, the colorfully clothed duplicate of the Not-So-Dark Knight from another planet. Bruce Wayne of Earth teams up with his cosmic counterpart, discovering that he has superpowers on this world in the process.

And that’s still far from the end of the different Batmen Conroy has played, as he’s also turned up as various depictions of the crusader set in their own continuities. Among these are the DC Nation animated shorts that released from 2013-14 and the Justice League Action series that ran from 2016-2018. In addition, he also cameod on Teen Titans GO! in 2018 and even got to team up with Mystery Incorporated in an episode of 2019’s Scooby-Doo and Guess Who?.

R.I.P. Kevin Conroy. The worlds of DC will miss you.