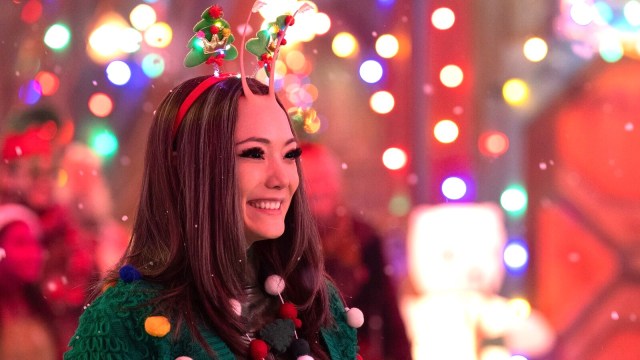 With Thanksgiving almost here, you know what that means, Marvel maniacs — it’s nearly time for The Guardians of the Galaxy Holiday Special! And ahead of James Gunn’s festive treat landing on Disney Plus this Friday, reviews for the standalone effort are rolling in, resulting in the special beating out Black Panther: Wakanda Forever in one key way. Even more shocking, though, is the fact that Marvel appears to have just blown its major twist too soon. Let’s dig in..

Who watches Marvel Legends? You know, the clip show miniseries? Well, if you don’t you’re going to want to start as today’s “Mantis” episode, intended as a recap of her MCU journey ahead of her return, featured a never-before-seen clip that casually drops a game-changing revelation. Presumably this is something that’s set to come out in The Holiday Special, so it’s a little mystifying why Marvel has spilled the tea in this way. But, hey, at least we now know its set to be more integral to the canon than we thought.

It’s official! The Holiday Special is better than Black Panther 2 (for now)

Meanwhile, the first full reviews for The Holiday Special are in, and they’re thankfully (mostly) positive. In fact, the episode debuted to an impressive 88 percent score on Rotten Tomatoes, which means it’s currently doing better than Wakanda Forever, which has settled at 84 percent. Obviously, that number could well go down over the next couple of days but that’s an encouraging start for this latest installment in what has always been a critically acclaimed corner of the MCU.

Daredevil fans’ dreams are coming true across the board, from Charlie Cox’s No Way Home cameo to the incoming Born Again revival. One thing we’ve been asking for years that has yet to come to pass, however, is a battle between Tom Holland’s Spider-Man and the Kingpin. Well, at least Vincent D’Onofrio is determined to make it happen as the Wilson Fisk actor has revealed that a crossover with the webhead is his ideal “end goal” for his Marvel career. The dream is still alive, people.

Let’s bring things full circle by returning to The Guardians of the Galaxy Holiday Special. The Special Presentation is fulfilling a long-running MCU gag by finally having Kevin Bacon show up as himself. The X-Men: First Class star has opened up about how much he enjoyed getting to be a part of the enterprise, joking that he loved playing a role he’s been “researching” for the past “64 years.” Oh, and it turns out Bacon had the best reaction when he first discovered he was namechecked in the original Guardians of the Galaxy movie.

Make sure to give us a visit this Thanksgiving Thursday for more of the latest Marvel news.