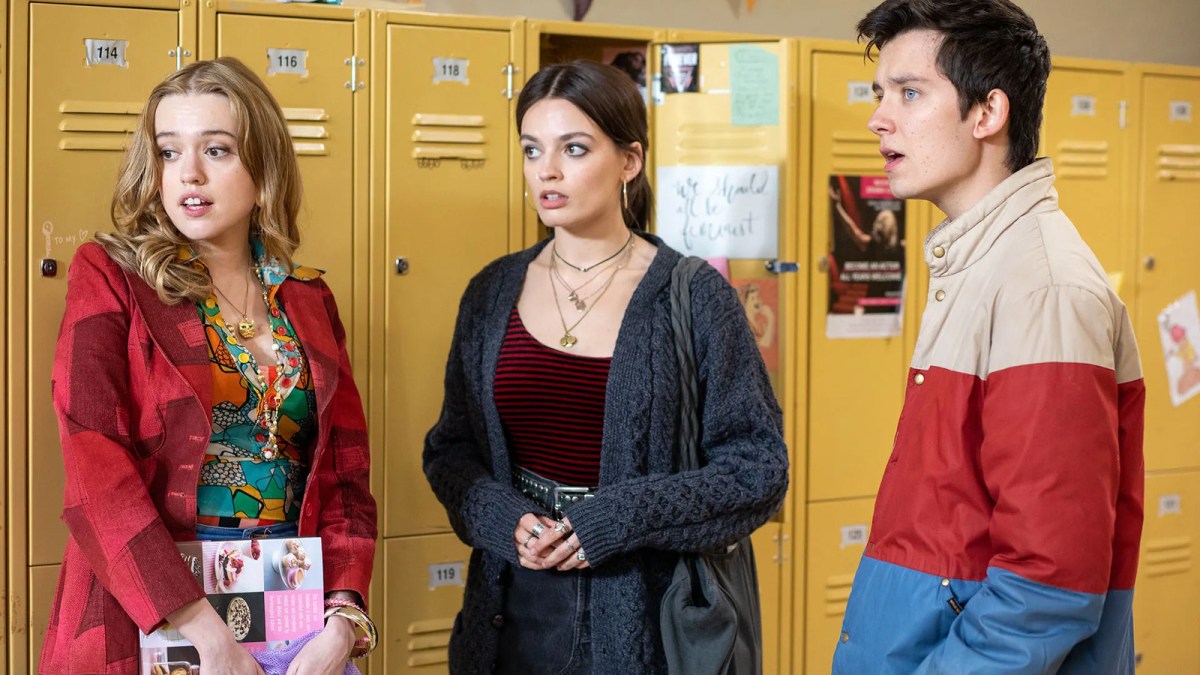 Netflix’s hit teen comedy Sex Education has proven itself to be a class act over its first three critically acclaimed seasons, so fans are eagerly awaiting its fourth run, which was quickly announced following season three’s arrival last September. Without giving too much away, viewers should prepare themselves for things to be a little different this time around, as some major cast shake-ups are occurring behind the scenes.

Season three memorably ended with Moordale Academy being shut down, so it looks like the series will use this major change to the status quo as a way of hitting the reset button and bringing in some fresh faces, as well saying goodbye to some old favorites. A handful of popular cast members have sadly revealed that they won’t be back next semester, while some others have assured us they will be.

With filming is set to kick off in the fall, more details will no doubt follow over time, but for now, here’s everyone confirmed to be back for more lessons in Sex Education season four as well as those who are skipping class.

It wouldn’t be Sex Education without Otis Milburn, so thankfully, Asa Butterfield has made it clear that he’ll be returning for the upcoming fourth season to offer the kids of Moordale more help in the bedroom. In fact, the actor has stressed that he’ll do the show for as long as there’s a demand for it.

“I love the show and everyone involved – the cast and crew – and we have a lot of fun,” Butterfield remarked back in April. “So I have a great time and I’m not in a hurry to leave.”

While Doctor Who fans rejoiced when Ncuti Gatwa was announced as the new Doctor, Sex Education students worried that his new high-profile gig would mean he wouldn’t be back for season four.

But worry no longer, as it’s been confirmed that Gatwa will return as Otis’ best pal Eric Effiong. Variety has reported that some “canny scheduling” on the part of Netflix and the BBC has ensured Gatwa will be able to appear in both series, now that shooting has completed on Greta Gerwig’s Barbie movie.

Maeve’s big-hearted best friend, Aimee, is another beloved character that we wouldn’t make do without. Luckily, we’re pretty sure Aimee Lou Wood will be back for season four, going by what she had to say to Variety in the spring.

Wood hinted that she’d been told “a few little things” by Netflix’s writing team as to where her character goes from here, although she admitted that they’ve withheld a lot from her, too, as she doesn’t know “much.”

Simone Ashley first rose to prominence as Olivia, the lackey to mean girl Ruby on Sex Education, before she was launched into international fame, thanks to her starring role as Kate Sharma in Bridgerton season two.

As you would expect, Ashley’s ongoing commitments to the other Netflix hit mean that she’s put her Moordale days behind her and we won’t be seeing her back as Olivia in season four. “I’m a Bridgerton gal now,” she told This Morning (via Metro.co.uk) in April.

Another cast-member confirmed to exit is Tanya Reynolds, who played the alien-obsessed Lily across the first three seasons. “I’m not [returning], actually, which is sad, very sad,” the Emma star told Radio Times in July. Reynolds indicated that her farewell was a storytelling decision, not a personal one. She explains:

“It’s just the natural progression of these shows – when you have such big ensemble casts and so many characters, I think you have to let a few older characters go to make way for newer ones, which is absolutely the right thing, the way it should happen.”

Unfortunately, neither half of the fan-favorite Lily/Ola pairing will be back for season four as Patricia Allison likewise unveiled to Capital Xtra in July that she’s done with Sex Education. Interestingly, unlike Reynolds, this appears to have been Allison’s decision due to her interest in pursuing other projects. She revealed:

“I have absolutely loved being on Sex Education so much and playing Ola, but unfortunately I won’t be joining the team for season four. I’m so sorry to have to break that to you guys, but I’m just going to be doing some other little things. Some other opportunities have come up. I’ve been doing it for three years and I’ve genuinely loved it.”

The final Sex Education star to rule themselves out of the next season is Rakhee Thakrar, who played English teacher Miss Emily Sands. Thakrar confirmed the news to The Daily Star (via TV Line) this August, enigmatically indicating that she can’t say much about the reason why. She teased:

“I’m not part of the new series. I can’t really talk about why… I’m so proud of the show and grateful to have been part of something so important. There is nothing bad about Sex Education.”

Alongside those announced to either be in or out, there are a number of stars yet to be confirmed one way or the other for Sex Education season four. At the top of the list is female lead Emma Mackey. It’s hard to imagine the show without Maeve Wiley, but season three did send the character off to the States. And Mackey is increasingly busy, including featuring in Barbie alongside Ncuti Gatwa.

Gillian Anderson has been a consistent treat as Otis’ sex therapist mother Jean over the first three seasons, so it would be a crime if The X-Files icon doesn’t return for season four. One thing we do know is that Anderson recently signed an exclusive deal with Netflix, which could either mean she’s staying put or will be busy with other projects for the streamer.

Moordale’s former head boy, Jackson Marchetti, is another actor whose season four status is currently unconfirmed. That said, Jackson has been a major character since the very first episode of the show, so we feel confident that Kedar Williams-Stirling will reappear to take Jackson on another journey of self-discovery.

Ruby used to be one of the meanest characters on the show, but Mimi Keene’s character became a surprise fan-favorite in season three once Otis started dating her, with many fans even switching sides to demand that Otis and Ruby become “endgame.” With any luck, she’ll be back for season four, but we’ve yet to find out for sure.

Much like Ruby, Adam has had a hugely transformative character arc across Sex Education so far, going from Eric’s bully to his (ex-)boyfriend. We’re hoping Adam’s journey isn’t done yet, but it’s currently unclear if Swindells will return or not. Like many others, his career is taking off fast. For one, he’s the third Sex Eductation cast-member to appear in Barbie, alongside both Mackey and Gatwa.