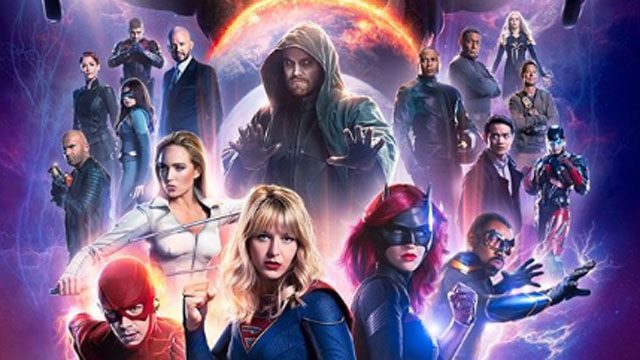 Ever since Warner Bros. put The CW up for sale, with Nexstar snapping up the network this past summer, there’s been a mass exodus of original scripted series. In particular, The CW’s stable of DC TV series has been all but wiped out. Following the cancellations of Naomi, Legends of Tomorrow, and Batwoman, The Flash is also due to wrap up with its current season. Now we can add an additional show to that ever-growing list.

As broken by The Hollywood Reporter, Stargirl is officially set to end after its ongoing third season. The coming-of-age superhero series stars Brec Bassinger as Courtney Whitmore, a high school student who inherits a superpowered cosmic staff and leads the next generation of the Justice Society of America. Stargirl originally premiered on DC Universe before switching over exclusively to The CW from its second season onward, after that short-lived streaming service shut down.

In response to the news, which will come as a big, if not entirely unexpected, disappointment to fans, executive producer and Stargirl creator Geoff Johns said:

“Stargirl has always held a special place in my heart for many reasons. With all the brewing changes at the network, we were aware this was possibly the last season, so we wrote with that in mind and have delivered what I believe to be the best season of Stargirl yet, with complete creative closure. The cast and crew are extraordinary, and I’d like to thank them for helping me bring this series to life. Brec embodied Courtney in every way possible — with grace, strength and humor — exceeding my wildest expectations. I am grateful to WBTV and The CW for giving us a home to tell this story and to honor my beloved late sister, and I’m beyond thankful to the press and fans who have always championed us for three amazing seasons. Most series never get this far. We couldn’t be more proud of our show and the fan community it’s built!”

Bassinger reflected on how much portraying the young superheroine has meant to her:

“Getting to play Stargirl and be a part of the DC Universe has been the greatest honor, and I am so grateful for every moment of it. I would like to thank our fearless leader Geoff Johns, along with WBTV, The CW, the cast and crew of Stargirl, and of course, the fans. Thank you. This show will forever live in my heart.”

Although often grouped in with the many other series of the so-called Arrowverse, Stargirl is a mostly standalone series that exists on its own Earth, as confirmed via the “Crisis on Infinite Earths” event. With this show’s cancellation, the only DC productions currently due to continue on The CW are Superman & Lois, which is heading into its third season next year, and Gotham Knights, set to premiere in 2023.

Stargirl airs new episodes of its 13-part third, and final, season Wednesdays on The CW. Expect its series finale to release on Dec. 7.