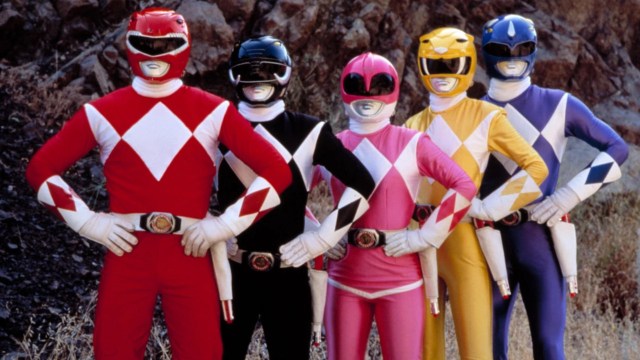 Photo via Saban Entertainment
Review of:

2023 marks the 30th anniversary of the Power Rangers franchise – the mighty oak that surprisingly grew from repackaged footage swiped from Japan’s Super Sentai series. Despite its cheap origins, however, Power Rangers has proven itself to be a bastion of pop culture, having endured in various forms over the decades ⁠– reaching from 1993’s beloved Mighty Morphin Power Rangers to next year’s Cosmic Fury.

Sadly, with so many actors having come and gone with each new ensemble cast that’s introduced to this universe every couple of years, it corresponds that the Power Rangers world has suffered its fair share of losses. Several key players who made a big impact on the fans across the years — whether they played Rangers, villains, or scene-stealing supporting characters — have passed away.

As we remember those the PR franchise has lost, it’s worth bearing in mind one of the superhero team’s creeds: “Once a Ranger, always a Ranger…”

Robert L. Manahan voiced the Rangers’ floaty-headed mentor of Zordon in Mighty Moprhin (after assuming the role from David Fielding, who played him in the first season), as well as follow-up series Zeo, Turbo, and In Space. Manahan died in 2000 from a heart aneurysm at the age of 43.

For many years, the most prominent death of a Power Rangers cast member was Thuy Trang, who played Trini Kwan, the very first Yellow Ranger, in the first two seasons of MMPR. Trang tragically died in a car crash in 2001, at just 27 years old.

Machiko Soga is a Super Sentai legend, having played Bandora in Zyuranger and Saint Magiel in Magiranger. She’s therefore familiar to PR fans as those characters’ counterparts, Rita Repulsa (Mighty Morphin) and the Mystic Mother (Mystic Force). She died from cancer in 2006 at 68.

An unsung hero of MMPR is Richard Genelle’s Ernie, the friendly proprietor of the teens’ favorite hang-out Ernie’s Juice Bar, who appeared in a total of 122 episodes. Sadly, Genelle died in 2008 at the age of 47 from a heart attack.

Peta Rutter played mentor Udonna in Mystic Force, who became the White Mystic Ranger later in the series. Sadly, Rutter died in 2010 at the age of 50 due to complications from a brain tumor.

Grant McFarland has the unique honor of playing both a Ranger team’s mentor and nemesis, as he served as Sensei Watanabe and his evil twin brother Lothor in Ninja Storm. He died in 2018 at 71.

Pua Magasiva served as the series lead for 2003’s Ninja Storm, the first season of the PR franchise to be shot in New Zealand. He played Red Ranger Shane Clarke, a role he reprised in the following year’s Dino Thunder crossover. In 2019, Magasiva passed away at the age of 38 from suicide.

Veteran voice actor Alistair Browning had various roles in the franchise, but his most notable is that of Zenowing in Dino Charge, the team mentor who became the Dino Charge Silver Ranger. He died in 2019 at the age of 65.

Another major MMPR cast member who has passed is Robert Axelrod, who voiced Lord Zedd, the popular PR villain who was actually a rare original creation for the series. He died in 2019 at the age of 70 following complications relating to spinal surgery.

Jungle Fury star Bruce Allpress played the physical role of martial arts master Phant as well as voicing his Elephant Animal Spirit form, which became the Jungle Elephant Ranger. Allpress died from complications relating to ALS in 2020 at the age of 89.

The Power Rangers fandom was heartbroken when Jason David Frank was announced to have passed away on Nov. 20 at the age of just 48. His MMPR co-stars echoed the sadness his countless fans around the globe were feeling by sharing their own tributes online. Having appeared in more Power Rangers projects than anyone else, Frank’s passing undoubtedly leaves the PR universe a much less colorful place.