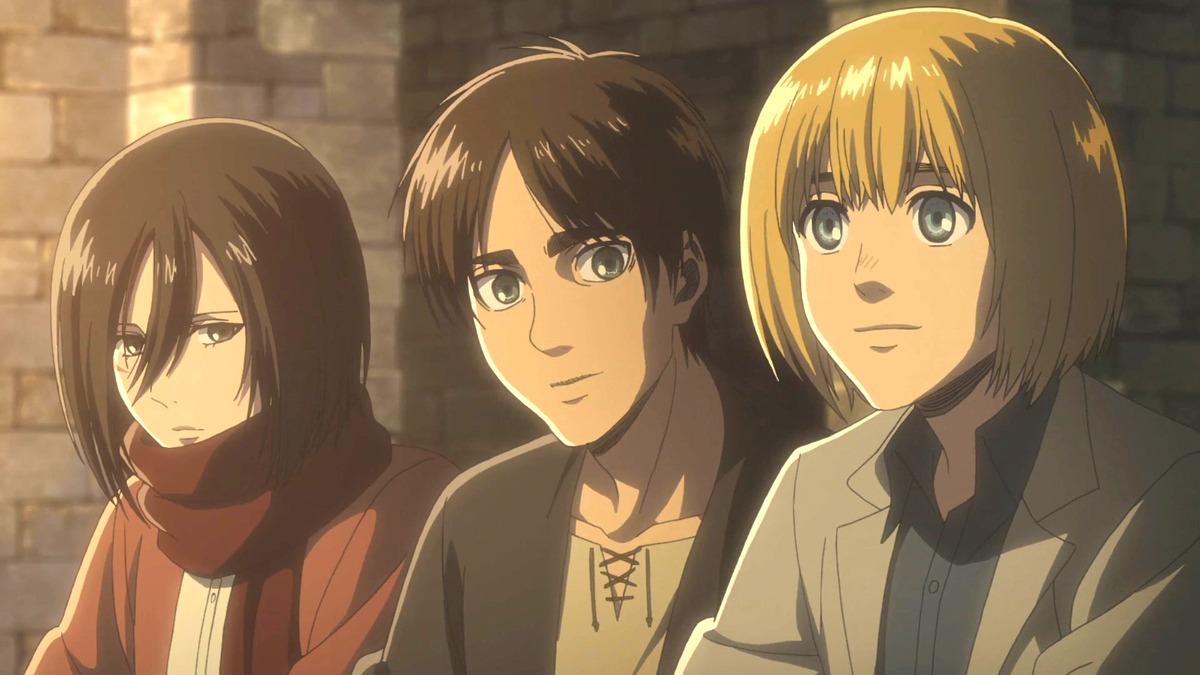 Attack on Titan is among some of the most popular manga and anime series in recent years, particularly known for its brutality. In a world populated by powerful titans, characters often come and go, a lot of the time meeting their deaths shortly after being introduced. No matter how much the audience may root for and love a character, their survival is never guaranteed.

Even so, there is a cast of important characters who accompany Eren throughout most of his journey in the series. For curious fans who want to know everything about these, however, certain details can be hard to track. Attack on Titan‘s narrative is full of twists, dramatic revelations, and flashbacks, which logically overshadow more mundane information. Nevertheless, details can add to certain characters, and interested fans can find them all right here.

Eren Jaeger was born on March 30, and at the very beginning of Attack on Titan, when the Colossal and Armored Titans broke through wall Maria, Eren was only around 10 years old. By the time he joined the ranks of the Survey Corps, he was 15 and 5’7. Eren remains at that age throughout most of the events of the series, taking on immense responsibility that no 15-year-old should have.

However, because there was a four-year time skip in the story, as the anime airs its fourth and final season, the protagonist is now 19 years old and stands at 6 feet tall.

Born on Feb. 10, Mikasa Ackerman is perceived by some to be one or two years older than Eren, but that has never been confirmed. She definitely has always acted more mature than the protagonist, but that’s simply part of her personality. That said, we can assume that Mikasa was 10 years old at the beginning of the series, and 15 by the time she enlisted in the Survey Corps, measuring 5’7.

She quickly became one of Eldia’s most skilled soldiers, and the combat experience she acquired over the years only served to make her even more deadly. After the time jump, at the age of 19, Mikasa is a 5’9 threat.

Armin Arlert’s birthday is on Nov. 3. Much like Mikasa and Eren, he was only 10 years old at the beginning of the series, dreaming of seeing the ocean outside the walls. In order to make his wish come true, and to help Eren in his endeavor of eradicating the titans, Armin joined the Survey Corps with his best friends at 15. At the time, he was 5’4 but later grew to become 5’6 in his human form.

During Attack on Titan’s final season, viewers get acquainted with a 19-year-old Armin, who is wiser and more confident in his own skin.

Levi Ackerman is a Christmas baby, born on Dec. 25. While his age is never specified in Attack on Titan, it’s believed that Levi is in his 30s throughout the whole story. Being a fully grown adult, Levi’s height stays the same throughout the whole series: 5’3. His height is a well-known sore spot for the captain, who is among the shortest characters in the show, especially for a soldier.

Even so, Levi’s height does nothing to prevent him from being the strongest soldier in all of Eldia’s army, feared by even the most powerful of enemies, like the Beast Titan.

When we are first introduced to Zeke Jaeger, as the inheritor of the Beast Titan, he is 25 years old, and 6 feet even. He was born on Aug. 1, in Marley, and at the age of seven, he was forced by his parents to act as a spy for the Eldian rebels. At 17, he was finally chosen to receive the power of the titans and had to eat Tom Ksaver to achieve that.

When the series jumps into the Marley arc, and Zeke is revealed to be conspiring with Eren to put a stop to the Eldian bloodline, he is 29 years old.

Like Zeke, Reiner Braun was born on Aug. 1. After years of training as a Marley Warrior, at the age of 12 he breaks through Wall Maria as the Armored Titan, and infiltrates the Eldia by mixing in with the survivors of the massacre. By 17, Reiner is 6’1″ and has joined the Survey Corps along with many other cadets. He continues his mission for as long as possible, but after his identity is revealed, he is forced to retreat to Marley.

When we see Reiner again, he is a 21-year-old plagued by regrets and mixed emotions.

Jean Kirstein was born on April 7 and is the same age as Eren when he joins the military cadets, and later the Survey Corps. As a 5’9’’ 15-year-old, he butts heads with the protagonist quite a lot, constantly mocking Eren, but working alongside him nonetheless when need be.

Over the years, living as a soldier helps Jean mature, and fans are presented with a much calmer individual after Attack on Titan’s time jump. During the Marley arc, he is 19 years old, and stands at 6’3’’.

There is currently no information regarding Erwin Smith’s age in the series, but we do know that his birthday is on Oct. 14. Even so, many fans believe the Survey Corps Commander is in his mid to late 30s throughout most of the story, as he appears to be older than Levi. Standing at 6’2’’, Erwin instills respect anywhere he goes, which serves him well considering his position.

Above all else, though, this character is respected for his righteousness, intelligence, and courage to do what it takes for the sake of humanity.

Hange Zoe was born on Sep. 5, and while their actual age is never mentioned in the series, some speculate that they must be around 30 years old at the beginning of the story. Hange is 5’7’’ and an extremely valuable soldier, who mostly focuses on titan research after developing an obsession with the creatures. While initially being beloved for their antics, Hange shows to be an incredible leader, especially after they rise to become the 14th Commander of the Survey Corps, following Erwin’s demise.

During the Marley and War on Paradis arcs, Hange is thought to be in their early to mid-30s.

Although Historia Reiss has very little screen time at the beginning of Attack on Titan, that begins to change as the story progresses, and she’s revealed as a major player. Historia was born on Jan. 15, as the illegitimate daughter of Rod Reiss, and the true heir to the Eldian throne. Forced to conceal her identity, Historiabegins her military training, and joins the Survey Corps at 15. Despite being only 4’9’’, she’s a good enough fighter, living long enough to reclaim her position as the true Queen of Eldia. After the four-year time skip, Historia continues fulfilling her royal duties as a 19-year-old but eventually gets pregnant to delay her fate of inheriting the Beast Titan.

If you’d like to revisit some of these characters, you can stream Attack on Titan on Crunchyroll.