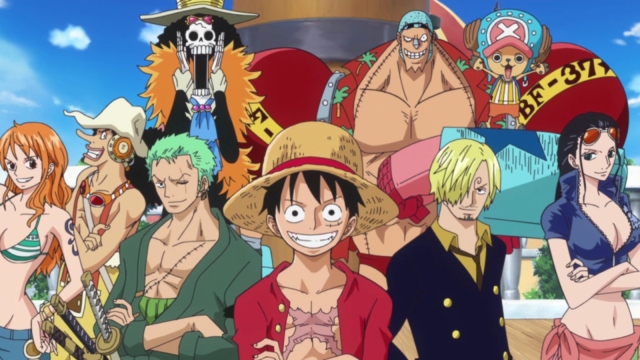 Image via Funimation
Review of:

One Piece is one of the biggest anime series of all time and unlike many other shows from its era, it’s still being written and aired today.

The series that first began in 1999 has spawned over 900 episodes, 15 movies, 8 OVAs, and 17 shorts or special episodes. These are all set in the same universe as the show and add adventures disconnected from the main story of the anime.

If you’re new to One Piece or are looking to attempt the monumental task of rewatching everything that the series has to offer, then you’ll want to know the correct order that you should do it in. Here is the best order for watching all things One Piece.

How to watch One Piece in order

Among all the episodes, movies, specials, and OVAs, this is the best order for fans to experience the wonderful world of One Piece and the adventures of the Straw Hat Crew.

One Piece Film: Red would take place after this point, but we’ve decided not to add it to the list. The movie takes place after the Wano arc which the series is currently airing so if you’re looking to have it fit perfectly in the timeline you’ll want to wait until the arc is over. Alternatively, you can read the manga to catch up to where the movie is set.

You’ve got plenty to binge through now, but the One Piece universe is always expanding, so if you’re looking to get all caught up you’ll want to start as soon as you can.

One Piece is available to stream on Funimation and Crunchyroll.